Launch of ‘The Power of Social Media’ programme, a testament to the success of KAICIID’s response initiatives 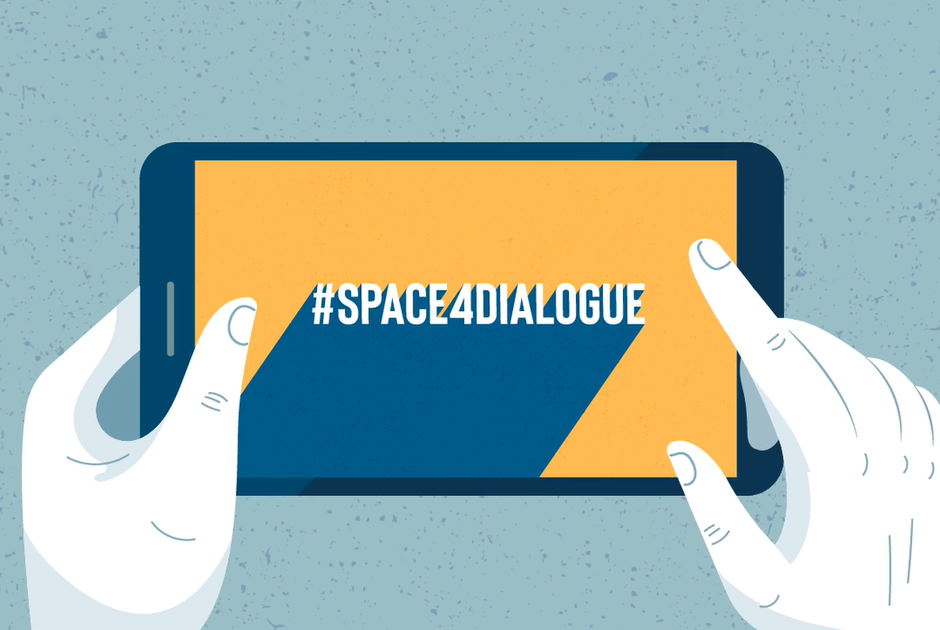 The International Dialogue Centre (KAICIID), in cooperation with its network of religious, political, and civil society leaders from the Arab region, the Interreligious Platform for Dialogue and Cooperation in the Arab World (IPDC), launched last week the second phase of its training programme ‘Social Media as a Space for Dialogue’, under the title ‘The Power of Social Media’. The online event was attended by 72 participants from eight countries in the Arab region, including 60 new members joining the Space for Dialogue Network.

Phase I of the programme was launched in September 2015 in Amman, Jordan. From its inception, the programme was one of KAICIID’s projects that mobilised a large number of religious leaders, institutions and young peace builders to promote dialogue, counter hate speech on social media platforms and promote common citizenship.

In his opening remarks, KAICIID Secretary General Faisal Bin Muaammar said: “It is our shared responsibility to counter hate speech and promote values of common citizenship through interreligious and intercultural dialogue. This programme is aligned with KAICIID’s strategic goals to enhance social cohesion around the world and specifically in the Arab region, which is rich with cultural and religious diversity.”

“We hope to equip the new generation with the tools and skills necessary to use social media as a space for a dialogue that leads to improved policies and peaceful coexistence. It is our shared responsibility to work together in order to counter the hatred that has been unfortunately planted in our region,” he added

Maya Sukar, KAICIID’s Capacity Building Consultant in the Arab Region and project manager of ‘Social Media as a Space for Dialogue’ explained that “the second phase of the programme focuses on creating positive changes at the institutional and policy level.”

“The programme has evolved into its second phase with the emergence of response initiatives for multiple crises in the region, such as COVID-19, the Beirut blast and the Sudan floods,” Sukar said.

She added that “The Power of Social Media’ programme will now focus on expanding the network which it created over the years and on building the capacity of its members to enable them to target and change policies through dialogue and communication with policymakers and stakeholders.

The programme’s ever-expanding network, which has been cultivated since its inception in 2015, includes religious leaders, influencers, and civil society activists.

Throughout the first phase of the programme, approximately 446 leaders have been trained with the aim to combat online hate speech and extremism while advocating for inclusion and moderation.

Various initiatives from the ‘Social Media as a Space for Dialogue’ programme graduates responding to multiple crises in 2020 led to the decision that the programme should continue enabling communities to further counter emerging challenges in the region.

The programme consists of a series of webinars and online meetings, in which participants will be able to develop skills in the fields of interreligious and intercultural dialogue, advocacy, policymaking, countering hate speech, mobile journalism, as well as exchanging good practices and lessons learned in these fields.

The participants will also have a chance to conduct activities on the ground with guidance and support from KAICIID experts and members of the IPDC.

Hani Dawah, a member of the Executive Committee of the IPDC stated that “the programme helped bring together peacebuilders and dialogue practitioners from different backgrounds to form joint campaigns and conduct multiple initiatives.”

Dawah expects that phase II of the programme will be a bigger success, as the graduates will have gained new skills that can be used to conduct more advanced campaigns and activities: “There will also be new additions to the programme such as trainings on creating motion graphics, short films and other multimedia skills.”

The mere emergence of phase II of the programme can be considered a testament to the success of the ‘Social Media as a Space for Dialogue’ programme graduates who have made a real impact on their communities through the implementation of response initiatives to crises in 2020. Past trainees of the programme have implemented ten campaigns that were active in seven countries in the Arab region, and which were dedicated to promoting dialogue, peaceful coexistence, consolidating the values of pluralism and common citizenship, and contributing to sustainable development, and building partnerships with policymakers.