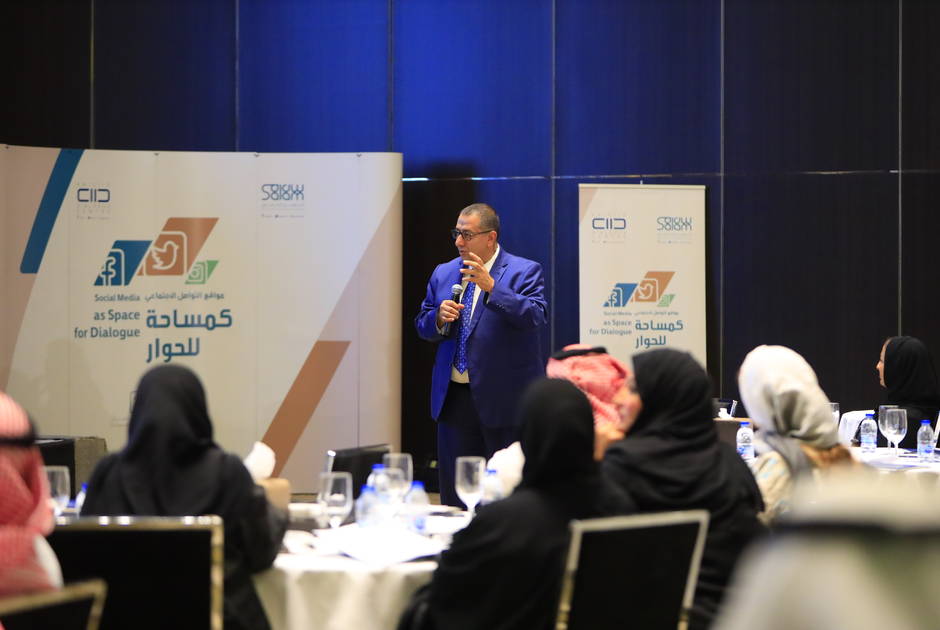 The International Dialogue Centre (KAICIID), Salam for Cultural Communication, and the KAICIID-supported Interreligious Platform for Dialogue and Cooperation in the Arab World (IPDC) this week brought together more than 50 participants in Riyadh for a four-day training session on how to use social media as a space for a constructive dialogue in the fields of interreligious and intercultural exchange.

KAICIID Secretary General, Faisal Bin Muaammar, said: “While there isn’t one set of values that we can apply to all cultures and regions, there are great common values that are defined by our common humanity. The question we need to answer is where are the values of dialogue on social media? How can we really activate social media as a space for dialogue? In an age where each of us has the power to be his/her own editor-in-chief without limitations, how much of our human values are we carrying with us into how we conduct ourselves online?”

KAICIID has collaborated with various partners to implement a series of social media training initiatives in the Arab region since 2015, focusing on more constructive engagement between those from different cultures and religions.

Often, violent and extremist narratives dominate online discourse due to the lack of convincing counter-narratives. While young religious leaders and dialogue experts are best placed to offer credible, alternative perspectives, they often lack the necessary technical skills to make their voices heard on digital platforms. Training offered in Riyadh centred on building awareness of the need to take account of diverse perspectives in social media discourse.

“We hope that our trainees will benefit their communities with the skills they acquire from this training, but most of all, we hope that they come out of it with a conviction that dialogue is the way to sustainable solutions,” stated Bin Muaammar.

This training session is the seventh in the series, bringing the total number of trainees to more than 720 since 2015.

After completion, trainees are expected to construct social media campaigns aimed at promoting dialogue over hate speech and incitement to violence. So far 10 such campaigns have been delivered, impacting 10000 people in various communities in the region.