KAICIID Trains Scouts from the Mediterranean at the 3 Cultures Camp 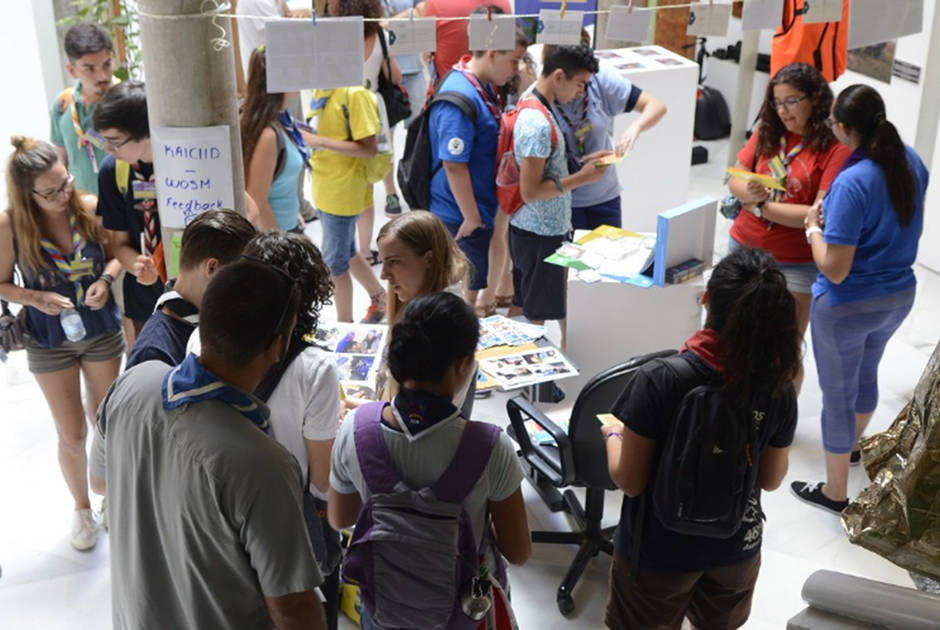 More than 30 scouts of numerous religious traditions including Christians, Muslims and Jews received dialogue training from the International Dialogue Centre (KAICIID) and the World Organization of the Scout Movement (WOSM) at the 3 Cultures Camp that took place in Granada, Spain, from 16 to 23 July. The training was part of the on-going KAICIID-WOSM Dialogue for Peace Programme.

KAICIID Deputy Secretary General for External Relations, Ambassador Alvaro Albacete, participated in the opening ceremony on 16 July. During his speech, he invited the young participants to use the camp as a space for dialogue. “Fear and distrust appear very often in our societies because we don’t have the opportunity to listen to the Other. In the coming days you will be in a safe place where you can learn about each other and engage in an enriching dialogue.”

Amb. Albacete emphasised the importance of youth for KAICIID, in particular through its partnership with the Scouts Movement. “Promoting dialogue at the highest levels of our society is not enough. We must also sow the seeds of dialogue during childhood and youth. That is why the first MoU we signed, back in 2013, was with the WOSM, because if scouts incorporate interreligious dialogue as part of their learning experience, they can also be important multipliers in their communities.”

KAICIID’s trainings at the 3 Cultures Camp promoted the culture of peace, global citizenship, and dialogue, as well as the values of coexistence, respect and tolerance. Topics such as identity, perceptions and misperceptions, dialogue and conflict transformation were discussed during the workshop.

The 3 Cultures Camp provided a neutral space for the participants to honestly address the challenges involved in the process of dialogue, achieve mutual understanding and build capacity for encouraging harmony among youth of diverse cultural backgrounds.

Dimitra Missira and Iliene Corsen, KAICIID and WOSM representatives, respectively, facilitated the workshop. They described the common journey of these two organizations that led to a shared commitment to combine forces in integrating dialogue into the scout’s official training curriculum in “life learning experience”. In particular, Missra and Corsen highlighted the organizations’ collaboration through training of trainers and the Dialogue Badge programme.

The Dialogue Badge will reward Scouts who incorporate dialogue in their everyday lives. It is a new Scout badge that will build the framework for interreligious and intercultural dialogue within the Scout learning system. Designs for the badge are currently being developed based on ideas and sketch­es collected during the 2015 Scouts Jamboree in Japan. The programme will be launched by the end of 2016.