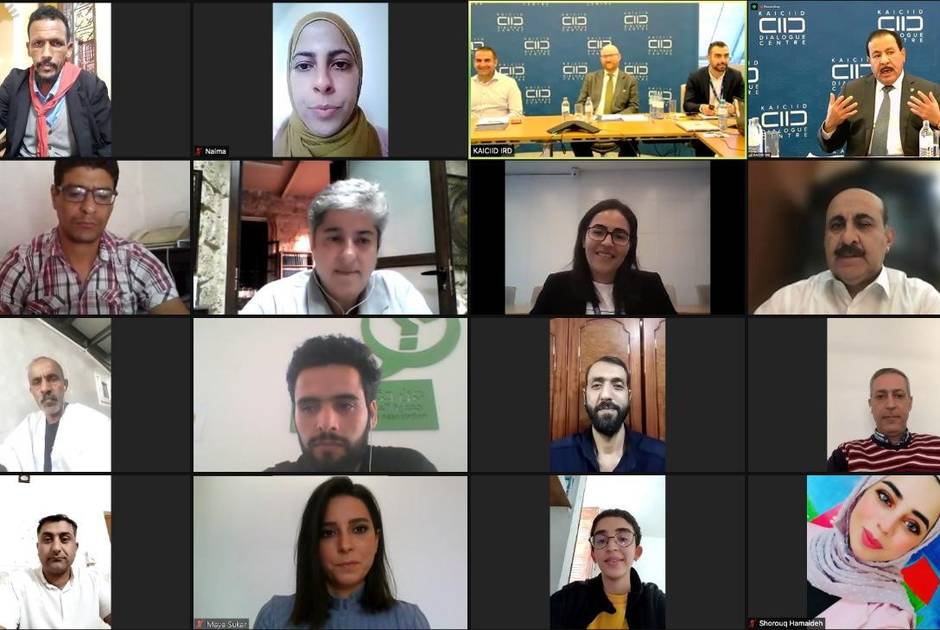 KAICIID has launched a new round of grants to support 100 projects promoting interreligious and intercultural dialogue and cooperation in the Arab region.

Following the success of the Dialogue 60 initiative last year, when 60 projects were sponsored, the Dialogue 100 project was announced on Thursday in an online event gathering representatives from 81 organizations in 12 Arab countries. Among the initiatives supported by Dialogue 100, 40 are new submissions while 60 represent the second phase of projects which obtained the first grant last year. Both the 2020 and the 2021 editions of the initiative fall under the umbrella of the KAICIID-supported Interreligious Platform for Dialogue and Cooperation in the Arab World.

The launch event, held virtually, gave new partners the opportunity to meet with those who were already supported last year and have now qualified to be sponsored throughout the second phase of their projects.

KAICIID’s Secretary General, Faisal Bin Muaammar, said: “I am proud of what we achieved with the Dialogue projects last year and look forward to many more successful projects this year. These projects share KAICIID’s vision and goals of fostering the role of interreligious and intercultural dialogue in peacebuilding and coexistence in their communities”.

“It is crucial that these projects are sustainable to engage more partners and beneficiaries on the organizational, local and grassroots level,” he added.

The virtual gathering aimed to facilitate networking and collaboration opportunities among participants and allowed them to share experiences and best practices about preventing hate speech, strengthening social cohesion and common citizenship and responding to the COVID-19 crisis.

Similarly to the first round of grants in 2020, proposals focusing on countering hate speech were among the most numerous this year, accounting for 15 out of the 40 newly rewarded projects. This year, though, proposals addressing the promotion of common citizenship, diversity and education through interreligious dialogue were prevalent, with 17 new projects focusing on this area of engagement among the new successful submissions. Four more selected projects address the protection of cultural heritage while an additional four focus on the role of interfaith dialogue in responding to the pandemic.

The new projects are expected to directly reach as many as 4,500 beneficiaries in eleven countries in the Middle East and in Africa, namely Lebanon, Iraq, Egypt, Tunisia, Jordan, Morocco, Sudan, Somalia, Palestine, Algeria and Mauritania. One of the projects will have a regional reach.

“We are thrilled that the 60 Dialogue projects in 2020 benefited more than eight thousand individuals ranging from activists to journalists, religious leaders and policymakers including women and youth across 15 Arab countries,” said KAICIID’s programme manager for the Arab region, Edwar Hanna, who attended the event.

“Through its new 40 projects this year under Dialogue 100, the Arab Region Programme continues to support interreligious and intercultural dialogue and hopes to reach out to more people across the region”.

Some projects which were rewarded by Dialogue 60 in 2020 are now selected to scale up their efforts in a second phase, with active engagement of policymakers.

Overall, Iraq was the geographical focus of the highest number of rewarded initiatives, accounting for as many as 19 of the 100 projects and six of the new proposals.

KAICIID presented the Dialogue 100 project as part of its commitment to support interreligious dialogue in the promotion of common citizenship, the fight against hate speech and the response to challenges brought about by COVID-19.

The project also responds to the organization’s strategy of increasing investment in local peacebuilding initiatives while providing local partners with technical and financial support which will help them consolidate their operations and advocacy activities for the promotion of dialogue and peaceful coexistence in the Arab region.