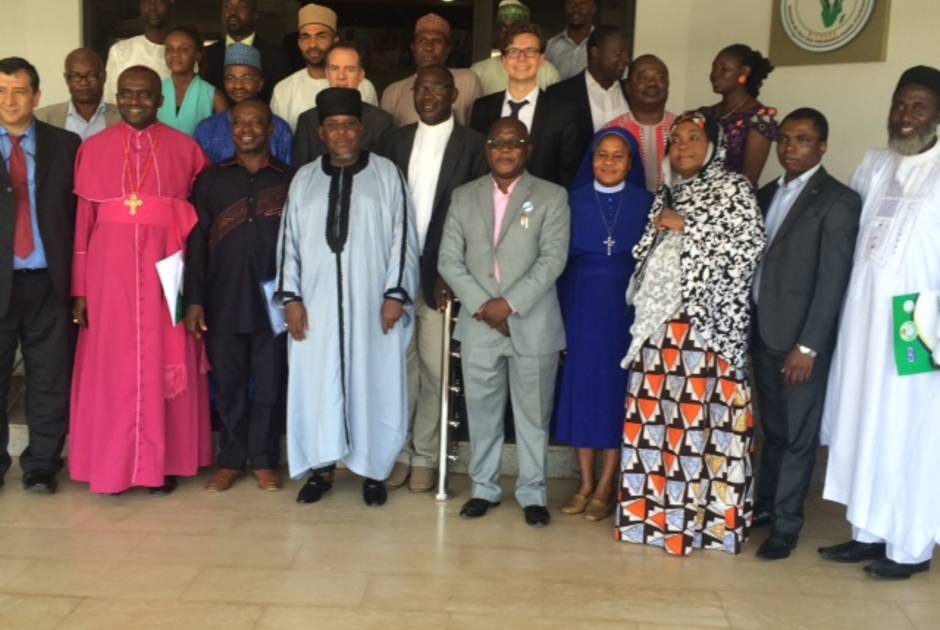 A delegation from International Dialogue Centre (KAICIID) visited Nigeria to search for opportunities to expand its involvement in peacebuilding in the country through the use of interreligious dialogue.

The trip was organized with the assistance the Organization of Islamic Cooperation (OIC) and KAICIID’s local partner, the Institute for Peace and Conflict Resolution (IPCR).

Ambassador Albacete said that KAICIID aims to work with international and civil society partners to support interreligious dialogue in Nigeria.

“We had a very promising visit to Abuja and discussed a number of areas where we think the Centre will be able to assist. We expect to make an announcement about these initiatives very soon,” he said.

Nigeria is currently battling militant group Boko Haram and faces increased tensions between Christians and Muslims, as well as along tribal lines. The country has almost equally large Christian and Muslim populations, which are also regionally demarcated. Speaking generally, Christianity is widely practised in the southern part of the country, and Islam is the majority religion in the north.

In a meeting with the KAICIID delegation, the Cardinal of Abuja, his Eminence John Onaiyekan, explained the tensions between the religions in Nigeria and the urgent need for dialogue. He said that his hope was for Nigerians to look beyond Boko Haram being Muslim and see it as a threat for the whole country, regardless of any affiliations.

His Eminence's words reinforce the belief of KAICIID, along with Muslims and Christian religious leaders that terrorism and extremism should never, under any circumstances, be associated with any religion.

In a separate meeting, H.E. Amb. Bulus Lolo, Permanent Secretary of the Ministry of Foreign Affairs said, “The Nigerian government advocates peaceful coexistence between and within faiths. Religion is about tolerance, understanding and peace.”

Ambassador Albacete said KAICIID is committed to working with the religious leaders in Nigeria to ensure that these strengths can be used to best effect.

“Nigeria has suffered greatly due to violence by those seeking to manipulate religion. But it also has an ethnically and religiously diverse population, and engaged religious leaders who have been working together for peace. There are great strengths in the campaign against violent extremism,” he said.

Widespread poverty has been cited by (inter) religious actors in Nigeria as major concern for the cohesion of society and local communities. KAICIID and its partners are committed to implement short and long term activities to support the field of interreligious dialogue and to contribute to peace and social cohesion in Nigeria.

His Eminence, the Sultan of Sokoto, welcomed KAICIID’s initiative and fully supports the partners in their endeavors. He highlighted the timely and necessary intervention of international organisations, because “what we have to do is to save humanity from itself. Churches of all kinds are places of worship, not of hatred and distrust.”

In a separate, but linked initiative, KAICIID is working with the Network for Religious and Traditional Peacemakers to conduct a study that examines why people are attracted to the recruitment tactics of extremists groups like Boko Haram. 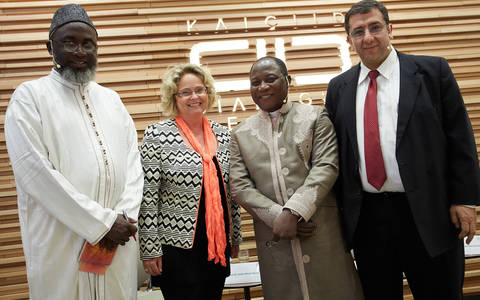 KAICIID Voices of Dialogue: Imam and Pastor, Nigeria
Publication
Getting behind the profiles of Boko Haram members: A summary