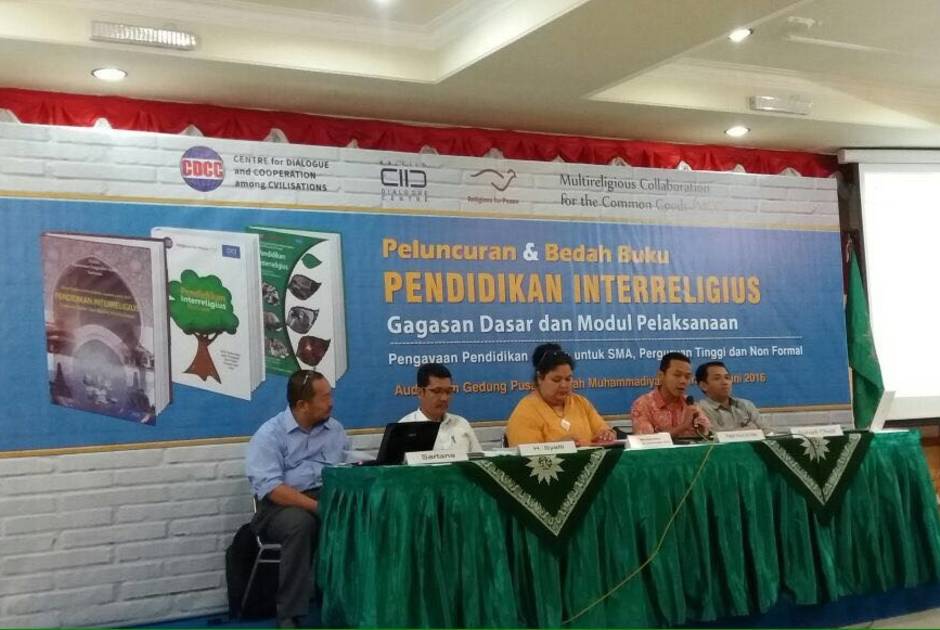 The manual will help teachers, lecturers and religious leaders develop and strengthen interreligious dialogue among youth in the country with the hope of promoting inclusiveness in society and building peace. It will serve as a teachers’ guide in educating students on respecting cultural and religious diversity by dismantling prejudices between groups and promoting dialogue, equality and peace.

“We are happy to have completed such a meaningful project with our partners in Indonesia,” said Faisal Bin Muaammar, Secretary General of KAICIID. “It is a clear sign of our commitment to our ongoing projects. We are proud of our colleagues and partners in Indonesia for their hard work, and we are confident that our collaboration will lead to a more wholesome educational curriculum that will promote interreligious respect and peace.”

After a series of workshops and consultations, the manual is now ready to be distributed and will be implemented in select institutions in the upcoming school year, beginning in Summer 2016 with a training of the trainers for the teachers who will be using it in their classrooms. The manual was endorsed by Indonesia’s Minister of Religious Affairs, as well as other influential religious leaders in the country, and is currently in three versions: one for high schools, one for universities and one for non-formal education.

“The acceptance and appreciation of the manual has reflected that there is a need among the Indonesian people for religious education that is open, respectful of differences and appreciative of diversity,” said Wiwin Rohmawati, KAICIID’s in-country consultant who was a key player in organizing IRD practitioners and religious leaders to develop the manual. “Some educational institutions are already committed to using the manuals in the new school academic of this year and a growing number of educational institutions have requested to be sent the examples of manual.”

The manual is a teacher’s aide in exploring the values of Pancasila (The Five Basic Principles of the Republic of Indonesia) and Bhinneka Tunggal Ika – “Unity in Diversity” (the official national motto of Indonesia) and includes modules on respect for human dignity, recognizing and addressing differences, harmony with nature, dismantling prejudices, and problem solving to promote solidarity. It concludes with a section exploring the major world religions, as well as some of the major local Indonesian religions.

Indonesia is a country known for its long history of geographic, ethnic, and religious diversity and is a shining example for interreligious dialogue best practices as it is the site of numerous, flourishing local interreligious initiatives. KAICIID aimed to build the capacity of these local dialogue actors and to support RfP in their efforts, as well as collecting best practices from partners in the field. Through this work, KAICIID hopes to bring faith communities closer in touch with their neighbors and share common values, needs, activities and aspirations.

The Multireligious Cooperation for the Common Good programme addresses key issues in social cohesion by seeking local initiatives and supporting local actors in peacebuilding and interreligious dialogue. By seeking projects managed by local actors, KAICIID ensures local ownership of supported initiatives, which is essential to project sustainability and effectiveness.