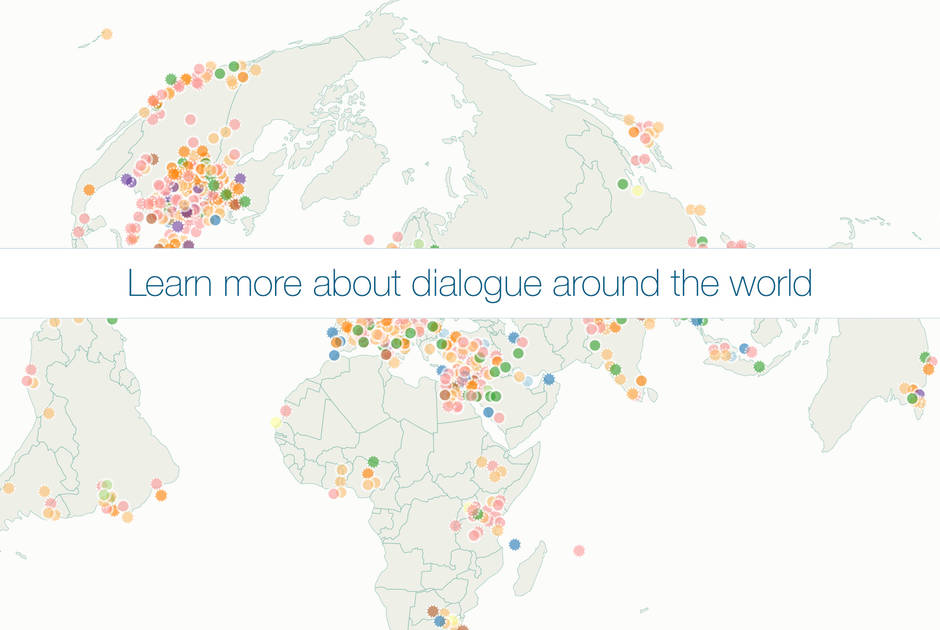 As world leaders prepare to adopt the “2030 Agenda for Sustainable Development” at a 25-27 September Ministerial Summit in New York, the Vienna-based International Dialogue Centre, KAICIID encourages policy makers and States to integrate organizations promoting interreligious dialogue into their strategy to achieve these goals.

To facilitate this goal, KAICIID launched the “Peace Map” on 21 September in New York City: At the heart of its first phase, the Peace Map offers an interactive database of over 400 organizations that work to promote interreligious dialogue around the world.

The Peace Map reveals a thriving, interconnected, and vibrant field of international organizations using interreligious dialogue to promote goals such as poverty reduction, conflict resolution, justice, equality, human rights and education for all.

Patrice Brodeur, Director of Programmes and Research at KAICIID, said: “In many parts of the world, religious actors are on par with States and other civil society organizations as prominent providers of health care and education services. Their role as moral and spiritual leaders in their communities in particular makes them especially influential.

At the same time, in many places, conflicts are breaking out as violent extremists seek to manipulate religion to justify violence with increasingly damaging effects on development and peace.

What the Peace Map shows is a growing number of organisations that promote not only dialogue between followers of different religions but also the many ways this dialogue leads to cooperation between different groups, including religious groups, on many pressing issues. Such dialogue in action can also help mitigate conflict, and allow us all to get on with the pressing task of ensuring sustainable development and human rights for all.

The UN 2030 Agenda for Sustainable Development rightly emphasises the importance of cooperation between all stakeholders to achieve its goals. We hope that the Peace Map can help organizations working on dialogue become part of this global compact.”

“This map highlights vulnerabilities that can be reduced by inter-religious dialogue”, said Terje Rød-Larsen, President, International Peace Institute. “It is also designed to motivate all those with an interest in peace to strengthen resilience and mobilize early action.”

In its first phase, the KAICIID Peace Map already reveals a number of interesting findings. For instance, only about 30% of organizations working to promote interreligious dialogue are themselves religious or faith-based. An overwhelming majority of the organisations included in this detailed directory, more than 80%, are working in the fields of conflict resolution and peacebuilding, mirroring the global pre-occupation with increasing identity-based conflict around the world.

The KAICIID Peace Map was developed with partners such as the International Peace Institute and the Harvard Pluralism Project.