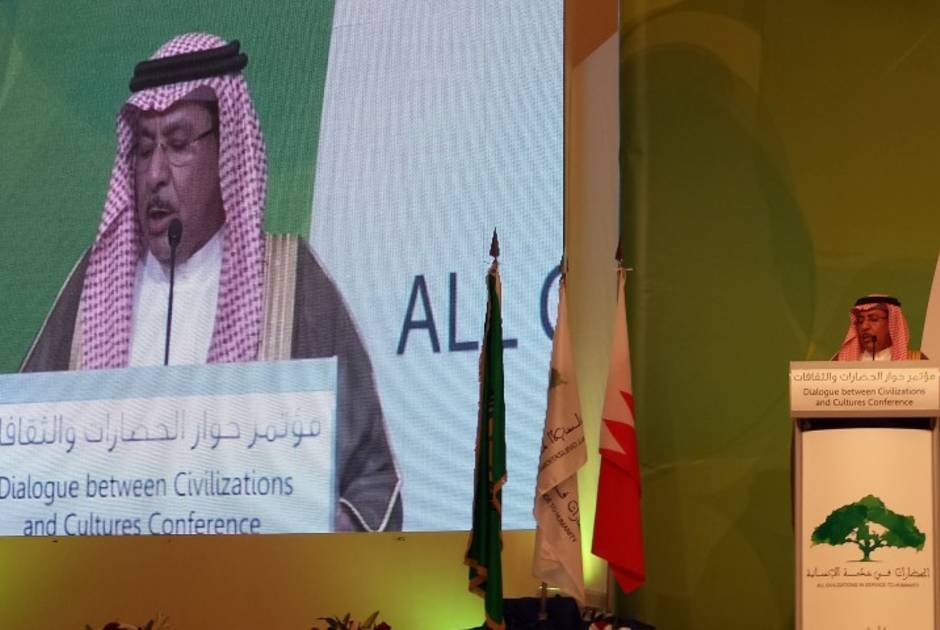 Bahrain hosted a conference on dialogue among civilizations and cultures from 5 to 7 May 2014 in the capital city, Manama. The global event was held under the patronage of His Majesty King Hamad Bin Isa Al-Khalifa. It attracted over 800 attendees of whom 150 were international, representing approximately 32 countries.

The conference presented dialogue as oriented towards openness, which can find ways to allow for mutual understanding and human interaction; overcome the challenges posed by those who fuel disunity and conflicts; and bring more security, peace, and stability to the world.

In his address to the “All Civilizations in Service to Humanity Conference 2014”, KAICIID Secretary-General, Faisal Bin Muaammaar emphasized the importance of dialogue, not only in managing diversity and restoring peace, but also in maintaining harmony across cultures and religions.

Noting that global security continues to face threats from acts of war, violence and terrorism, the Secretary General ascribed this regrettable development to the emergence of extremist groups that seek to manipulate religion for political gains or to promote an agenda of violence and destabilization.

KAICIID Board Member, Dr. Mohammed Sammak, presented a paper titled “The Impact of the Political Quota System on Followers of Diverse Civilizations”, where he explored the impact of globalization, as well as the history of civilizations, concluding that there can be no unity without the Other – those of other faiths, religious traditions and cultures – and there can be no Other without diversity.

“Those who abandon dialogue are those who believe that only they, themselves, are right while all the others are wrong. For this reason, those who abandon dialogue go on to defend their beliefs to the point of violence, to be heard not through the power of logic but through the force of violence. As a result, dialogue, which is based on the values of acknowledging the Other as well as the Other’s rights, crumbles in the face of violence that is based on the denial of the Other and the Other’s rights.”

“The problem is not in having differences within a diverse society, it is in not having education that fosters respect for diversity. This is the reason that some people may ‘demonize’ the Other with the intention to illustrate why they boycott, reject or try to abolish what is different.”

KAICIID Chief of Staff, Dr. Alaa Naseif, presented a paper on Human Civilizations, titled: “A Call to Promote Reconciliation and Humanity to Unify Human Society”. She discussed the ‘clash of civilizations’ in the modern world, addressing the debate of whether we are made up of multiple civilizations or are part of a larger human civilization. “The best way to facilitate civilizations to serve humanity is through openness and not through close-mindedness that leads to fear of the unknown Other.”

Professor Abu-Nimer, KAICIID Senior Advisor, moderated a session examining the role of religious education in promoting dialogue among civilizations. He emphasized that KAICIID has a flagship programme focusing on the Image of the Other in Education. This was the theme of KAICIID’s Global Forum in Vienna in 2013, at which speakers stressed the need to be more active in integrating education to promote a culture of peace in religious education.

As an outcome of the successful three-day conference in Bahrain, a declaration aimed to foster dialogue among civilizations worldwide was issued, calling for a spirit of moderation and a culture of common living.

The Conference was organized to provide an appropriate setting to build bridges and promote effective communication and enhance cultural interaction between different peoples and nations.