KAICIID Mourns the Passing of the Custodian of the Two Holy Mosques: King Abdullah - A Dialogue Visionary 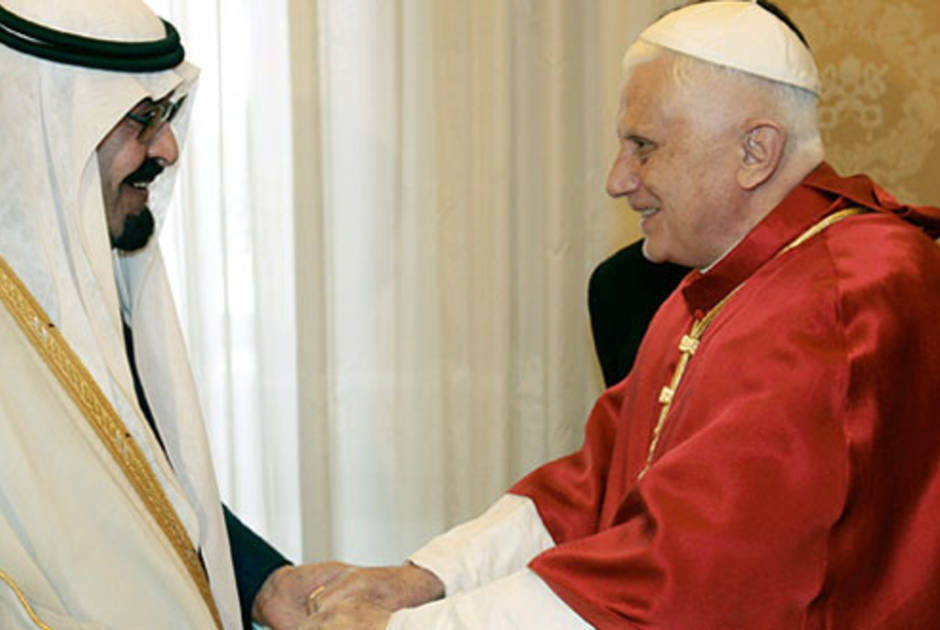 With great sadness, the Council of Parties, the Board of Directors, the Secretary General and the staff of the King Abdullah Bin Abdulaziz International Centre for Interreligious and Intercultural Dialogue express their condolences to the people of Saudi Arabia for their inestimable loss.

On 23 January 2015, the Custodian of the Two Holy Mosques of Mecca and Medina, has passed away.

King Abdullah Bin Abdulaziz was a renowned religious leader, a committed peace initiator and an unwavering advocate for dialogue to deepen understanding and respect among people of different religions and cultures.

Over the course of seven years, the Custodian of the Two Holy Mosques pursued his vision to establish an international centre for interreligious and intercultural dialogue to act to enhance cooperation, respect for diversity, justice and peace. Beginning in 2005, King Abdullah Bin Abdulaziz engaged scholars and leaders of many religions to form a common vision of dialogue to create bridges between people, to address conflict and to promote collaboration among diverse groups.

In their historic meeting in November 2007, the Custodian of the Two Holy Mosques shared with his Holiness Pope Benedict XVI his vision of an ‘Initiative for Interfaith Dialogue’, which together they proceeded to pursue.

The KAICIID Member States, Austria, Saudi Arabia and Spain, as well as the Holy See as Founding Observer, today support and govern the Dialogue Centre together with a Board of Directors whose nine members represent five world religions.