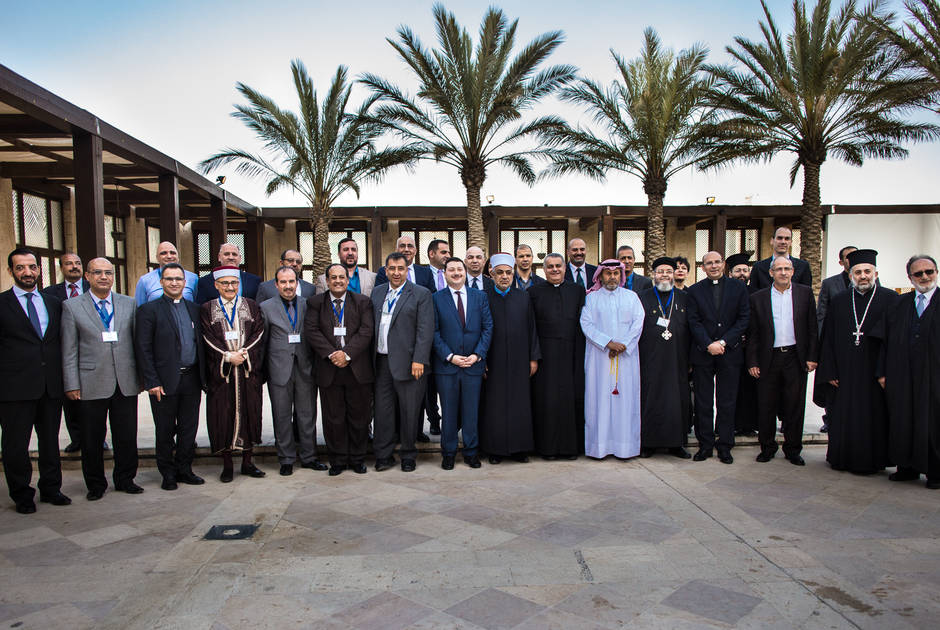 In cooperation with Diyar Consortium, KAICIID launched a network – the first of its kind in the Arab region, for religious Muslim and Christian faculties and institutes. The Network launch took place in Jordan, where KAICIID convened 25 Arab religious leaders from 17 institutions from around the Arab region in a two-day meeting prior to the network launch on 4 and 5 May 2017; they discussed cooperation opportunities including the implementation of interreligious exchange programmes between the universities in the network.

This Network is a platform for interreligious cooperation in the field of advanced education, in which participants will cooperate to face current challenges involving the misuse of religion to justify violence, extremism, and terrorism. Through the network, the hope is to increase the number of moderate religious educators who advocate for pluralism, common citizenship, and value diversity. Together, the members of the network will work to include interreligious and intercultural dialogue in their teachings to impart the skills needed by an open and aware generation for a more peaceful future.

The Grand Mufti of Jordan Shaikh Mohammed Al-Khalaileh, a keynote speaker at the Platform’s launch, spoke highly of KAICIID and its effort in establishing an important network, which he described as a “leading step” in the right direction, given the state of the world today. He stated: “The world needs a strategic dialogical platform or tool to establish a dialogue-friendly atmosphere that will activate dialogue as an ethos among followers of different cultures and religions.”

KAICIID Director General Fahad Abualnasr emphasized the network as a leading initiative in the field, the first of its kind. He added: “The launch of this network is part of KAICIID’s strategy to implement the recommendations that religious leaders recommended in the Vienna Declaration following the 2014 November Conference, ‘United against Violence in the Name of Religion’. Our follow up and implementation of these recommendations, and specifically the launch of this network aligns with our priorities to support youth and capacity building. We strive to find sustainable solutions for real world challenges, and we believe that this network will provide that.”

Reverend Dr. Mitri Raheb of Diyar Consortium stated that this network will provide a platform to develop religious speech that calls for pluralism, common citizenship, and enhanced social cohesion because the cooperation between religious faculties and institutions at the collegial level will result in the education of thousands of religious leaders around the Arab world.

Additionally, the Head of the Catholic Studies Centre in Jordan Father Rifat Bader welcomed the establishment of the network to enhance values of dialogue and promote peaceful cooperation between future generations through modern education methods. He stressed that religion and violence cannot exist together.