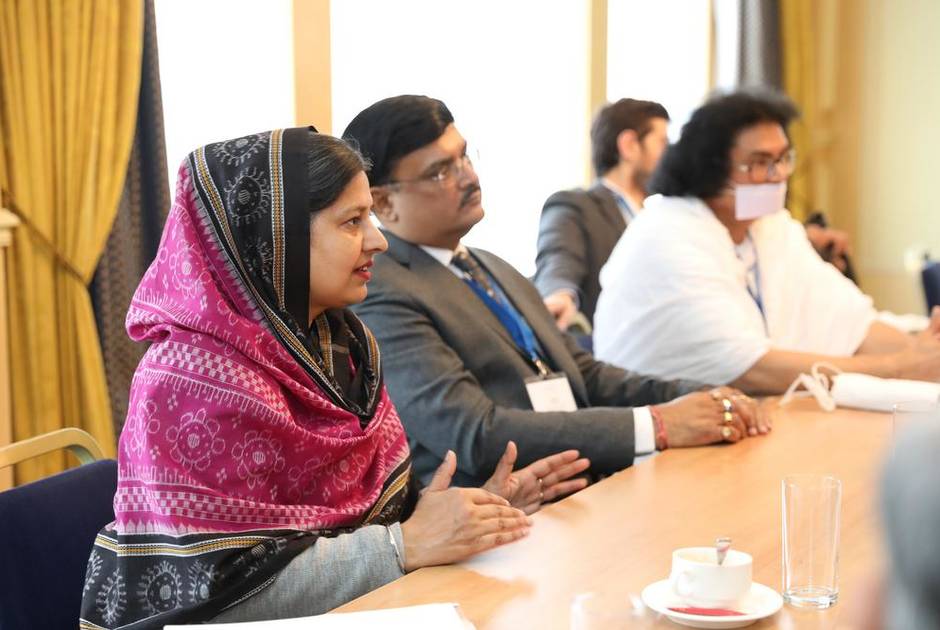 The International Dialogue Centre (KAICIID), together with the United Nations Alliance of Civilizations, the G20 Interfaith Forum Association and Saudi Arabia’s National Committee for Interfaith and Intercultural Dialogue, embarks this weekend on a series of regional consultations in preparation for the G20 Interfaith Forum planned to take place in Riyadh later this year. Recommendations from the Forum will be disseminated to world leaders gathering at the G20 Summit in Saudi Arabia.

KAICIID is leading the first preparatory consultation, comprising religious leaders and faith-based organisations and policymakers in the Arab region. In designing the consultation, the Centre’s experts draw on nearly a decade of work in the Arab world, including the establishment in 2018 of the first regional multi-faith platform of Christian and Muslim religious leaders.

KAICIID programmes over this period have involved the training of hundreds of peace advocates in areas relating to common citizenship, combatting hate speech and extremism on social media, and the Centre has recently awarded grants to initiatives aimed at tackling the social impacts of the COVID-19 pandemic with dozens more applications under consideration. The KAICIID-supported Network of Religious Faculties and Institutes in the Arab Region supports also the development of education tools and interreligious curricula which foster religious and cultural diversity.

The Arab region consultation will be followed by a similar meeting of European religious leaders and policymakers, including leading representatives from the European Commission, United Nations and Conference of European Rabbis.

“Around the world, religious communities are increasingly vulnerable to discrimination, hate speech and other challenges, but they are also increasingly recognised as valuable resources for social cohesion and well-being. For almost a decade now, we at KAICIID have been working to highlight this contribution to global policymakers at the highest level. Our work is evidence that when religious communities and policymakers engage in an open dialogue, nuanced, sustainable and effective global solutions result,” said Faisal Bin Muaammar, Secretary General of the International Dialogue Centre (KAICIID).

“The G20 Interfaith Forum in Riyadh carries particular resonance for us, given the Kingdom of Saudi Arabia’s position as a founding member of KAICIID, alongside the Republic of Austria, the Kingdom of Spain and the Holy See as a Founding Observer.”

Religious leaders and thematic policy experts in Europe, Africa, the Arab region, the Americas and Asia will meet to discuss their specific challenges within the larger themes of the conference, which include education, women, youth, peacebuilding, governance, environmental justice and responses to COVID-19. The pandemic brought to light hundreds, if not thousands, of stories of religious communities springing to action to help their fellow citizens, irrespective of creed or belief. At the same time, the hate speech and fake news released in the wake of the pandemic disproportionately targets people of faith, and in some cases, religious beliefs have been manipulated to promote discrimination.

The findings from these meetings will inform the discussions of the G20 Interfaith Forum, which will present its recommendations to the G20 Summit. The process is designed to be as geographically, religiously, and culturally inclusive as possible. The meetings will take place online to ensure the safety of participants in the wake of the pandemic.

KAICIID has had an active role in G20 Interfaith Summits since 2017, participating in and supporting meetings in Germany (2017), Argentina (2018) and Japan (2019). The Forum will be preceded by systematic regional consultations taking place over the next few months around the world.

To represent the views and concerns of young people, who represent 16% of the global population, and to connect youth with religious leaders and policymakers, KAICIID will also convene hundreds of young leaders in a Youth Forum just before the G20 Interfaith Forum 2020.  The Centre will also bring together 200 KAICIID Fellows at a 5-day Alumni Conference ahead of the G20 Interfaith Forum. KAICIID Fellows include over 250 Buddhist, Christian, Hindu, Jewish, Muslim and Sikh peacebuilders who are, with training and support from KAICIID experts, using interreligious dialogue to solve challenges in their own communities.

About the Organizing Partners

Established in 2005, the United Nations Alliance of Civilizations (UNAOC) is mandated by the UN to improve relations between societies and communities of diverse cultural and religious backgrounds. Through its various programmes and activities around the world, UNAOC works to foster intercultural and interreligious dialogue to bridge divides and overcome prejudice, misconceptions, misperceptions, and polarization.

The National Committee for interfaith and intercultural dialogue is a government entity in Saudi Arabia that was established in 2016. Its mandate includes planning and designing programmes that aim at enhancing the Kingdom's initiatives for interfaith and intercultural dialogue. Members of the committee include representatives from various government ministries and dialogue institutions based both in Saudi Arabia and around the world.

The G20 Interfaith Forum offers an annual platform where a network of religiously linked institutions and initiatives engage on global agendas (primarily and including the Sustainable Development Goals or SDGs).

Interested in updates and learning more about KAICIID and the G20 Interfaith Forum? Learn more here.