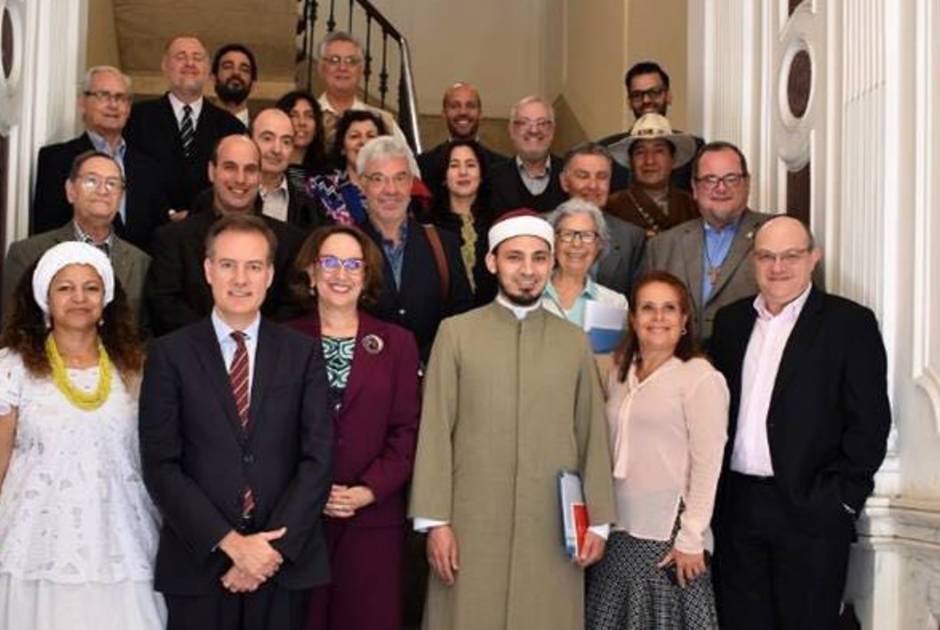 KAICIID Deputy Secretary General Amb. Alvaro Albacete participated in a meeting on “The role of Religious Leaders in the Construction of a Prosperous, Inclusive and Sustainable Ibero-America” convened in Montevideo, Uruguay on 15 and 16 November 2017. The meeting was organized by the Ibero-American General Secretariat (SEGIB) and Religions for Peace Latin America and the Caribbean. The participants discussed the role of the region’s faith communities in implementing the UN Sustainable Development Goals' (SDGs) transformative agenda, with special emphasis on the eradication of extreme poverty, reduction of inequalities and the promotion of just, peaceful and inclusive societies.

The two-day meeting considered a comprehensive approach to implementation that reinforces the mutual links between the SDGs of social cohesion and interreligious harmony. The meeting provided an opportunity for dialogue between SEGIB authorities and religious leaders from Latin America and the Caribbean, including representatives of UNESCO, the Spanish Ministry of Foreign Affairs and Cooperation, the Uruguayan Government, the Executive Committee of the Latin American and Caribbean Council of Religious Leaders, authorities and officials of Religions for Peace Latin America and the Caribbean, the SEGIB, and the International and Ibero-American Foundation for Public Administration and Policy, as well as representatives and experts from other international organizations.

In his speech during the closing panel of the meeting, which featured participation by Ms. Rebeca Grynspan, Secretary General of the Ibero-American Conference, Ambassador Albacete emphasized SDG 17 calls for involved actors to revitalize the global partnership as a means of implementation of the United Nation’s 2030 Agenda.

The meeting’s participants adopted a declaration which calls upon religious leaders of Latin America and the Caribbean to continue the advocacy in favor of the implementation of the SDGs and to strengthen intercultural and interreligious coexistence, as one of the values ​​that unite the region, as just, peaceful and inclusive societies.