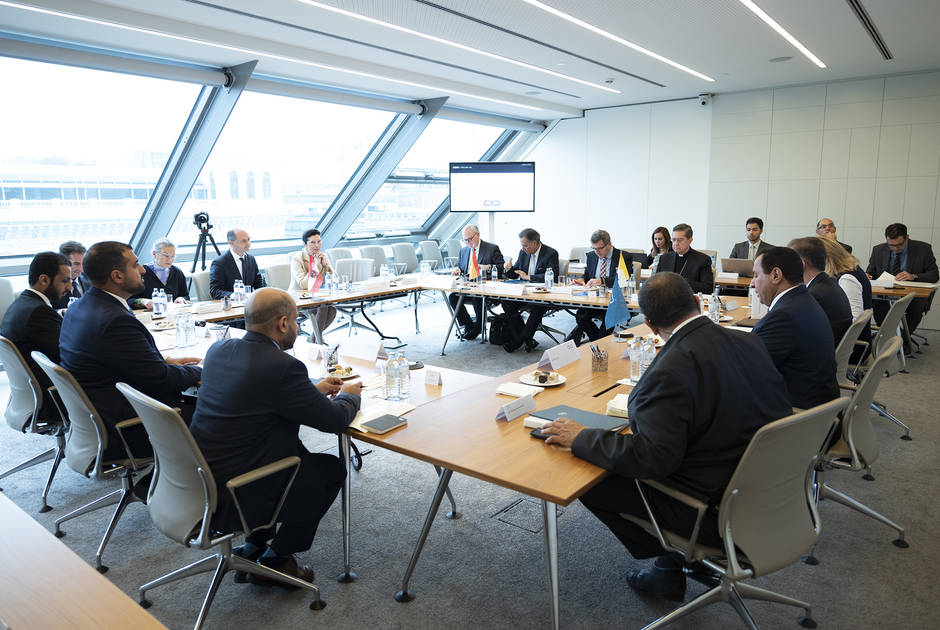 KAICIID’s Council of Parties, comprising representatives from the governments of the Republic of Austria, the Kingdom of Saudi Arabia and the Kingdom of Spain, and the Holy See as Founding Observer, met this week to approve budget and programming for 2020.

Convening at KAICIID headquarters on December 12, 2019, the representatives reviewed the Centre’s achievements in 2019, including its programmatic outreach in the Arab Region, Central African Republic, Myanmar and Nigeria, as well as the recent Hate Speech Conference and Fellows graduation celebration.

Representatives then approved the Centre’s 2020 budget as well as its plans to start a new strategy cycle following the close of an external evaluation process. The previous five-year strategy cycle began in 2015.

The delegations attending the Council of Parties meeting included: