KAICIID Council of Parties and Board Meet in Vienna 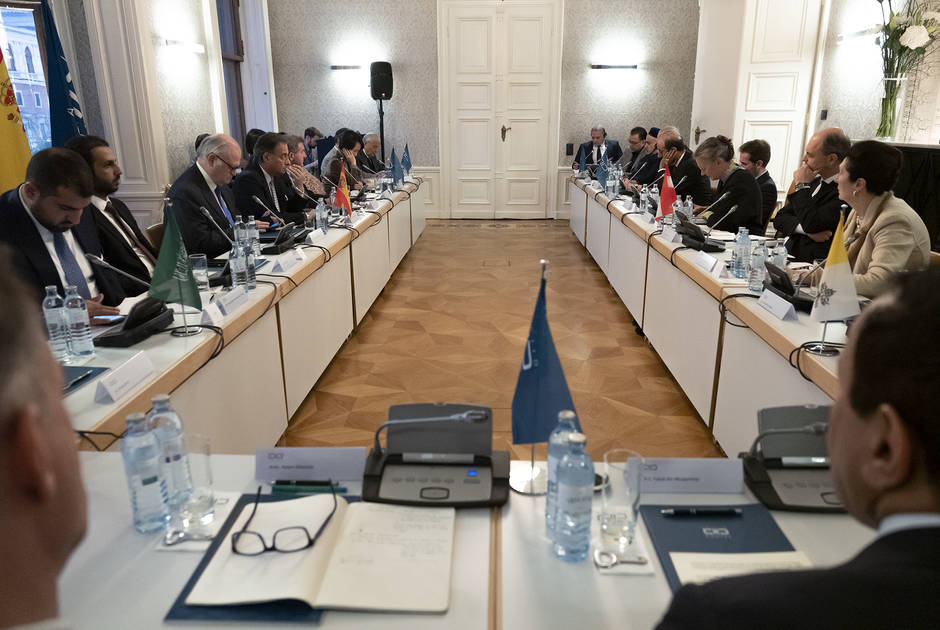 Vienna, 30 October 2019 – In the lead up to the conference “The Power of Words: The Role of Religion, Media and Policy in Countering Hate Speech”, the International Dialogue Centre’s governing bodies held meetings at its Vienna headquarters.

The Centre’s Council of Parties and its Board of Directors discussed the work of the Centre as well as the present and future of KAICIID at a joint meeting that took place on 29 October.

The 21 Regular Session of the KAICIID Board of Directors also took place on the sidelines of the conference. The Board members were briefed on the Centre’s recent activities and programmatic progress in the Central African Republic, Myanmar, Nigeria and the Arab region. They were also updated on topics such as KAICIID’s capacity building efforts through the Fellows programme and online courses.

About the Board of Directors

The International Dialogue Centre (KAICIID) is an intergovernmental organization mandated to promote dialogue among different religious and cultural groups to promote justice, peace and reconciliation and to counteract the abuse of religion to justify violence.

Board of Directors
Council of Parties

Inner page
Governance
Project
The Power of Words: The Role of Religion, Media and Policy in Countering Hate Speech