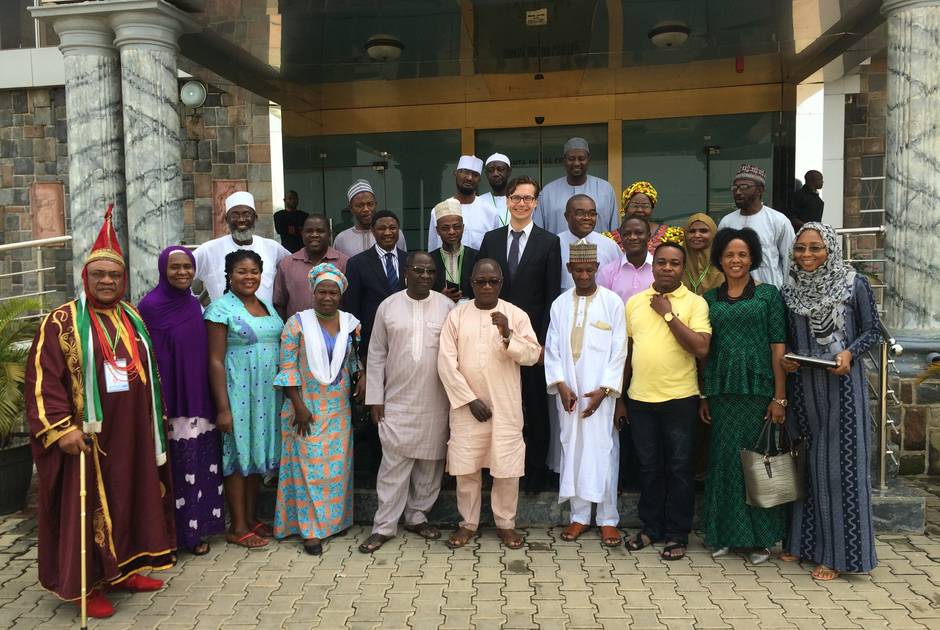 The International Dialogue Centre (KAICIID) convened the first meeting of the Nigeria Central Coordination Committee from 17 to 20 October, an initiative launched at the ‘Coordinate to Achieve Interreligious Dialogue’ conference led by KAICIID in September 2016. The Committee is composed of 15 Christian and 15 Muslim religious leaders who are committed to promoting dialogue and coexistence in their communities, and who will lead the implementation of the action plans approved by the September 2016 conference.

The action plans, one intra-Christian and one intra-Muslim, aim to create platforms across Nigeria as common spaces for Christian and Muslim scholars to address interreligious issues. The plans also include capacity building for religious leaders and organizations so they can work together and focus on youth education and the media to promote mutual understanding and peaceful coexistence.

During the meeting, the Committee finalised the action plans and consolidated the Joint Action Plan for Interreligious Dialogue for Peacebuilding in Nigeria. The Committee also agreed on the first steps to address topics such as potential national/state/local interreligious platforms or finding a common stance on hate speech.

The meeting was organised by KAICIID, in partnership with the Institute for Peace and Reconciliation, the Interfaith Mediation Center, the Kukah Center, and the Women of Faith Peacebuilding Network.

The meeting coincided with the Religions for Peace (RfP) conference, Faith Works Africa: Partnerships for Peace and Prosperity in Africa, hosted by His Majesty Muhammadu Sa'ad Abubakar, Sultan of Sokoto and Co-President of RfP, and His Eminence John Cardinal Onaiyekan, Archbishop of Abuja and RfP Co-Moderator and organized by USAID, the GHR Foundation and Religions for Peace.

The Central Coordination Committee members were invited to attend the RfP conference, which convened major African religious leaders including women and youth representatives and religious leaders from around the world. The participants engaged on a set of priority issues such as conflict prevention and mitigation, good governance, rule of law and inclusive development – with a particular emphasis on poverty and health.