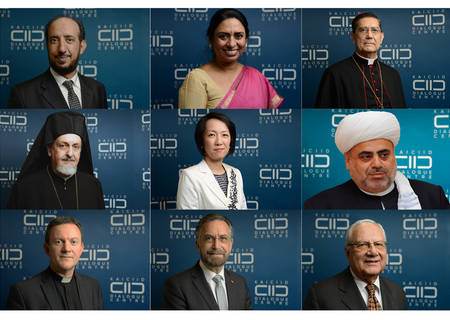 The Board of Directors of the International Dialogue Centre (KAICIID) issued today the following statement concerning yesterday's vote in the Austrian parliament:

"The Board of Directors of KAICIID note with extreme concern recent political manoeuvres in Austria aimed at withdrawing the country from the Centre’s Council of Parties.

KAICIID’s constitution and governance, of which Austria is an integral part, designates it as an intergovernmental body with no entitlement, legally or operationally, to intervene in the domestic affairs of any state.

KAICIID is not an embassy, or NGO, or in any way the policy arm of any state, including Saudi Arabia. It is not a sinister extension of any state’s influence or strategies.  Intergovernmental status is vital to the Centre’s mission to promote interreligious dialogue, and a pre-requisite for executing its work in some of the most troubled regions of the globe.

As the Austrian political scene becomes more heated ahead of impending elections, KAICIID is all too easily inserted into political and social narratives that are completely divorced from its status and mission.

The Centre’s record speaks for itself - thousands of people trained globally in interreligious and intercultural dialogue; thousands of hours of work towards reconciliation and understanding in regions torn asunder by instability; a long track record in using its unaffiliated convening and mediatory status to help governments, intergovernmental agencies, civil society groups and NGOs to consider interreligious dialogue as a means to achieving social stability and prosperity.

This is what is jeopardised by this move towards de-recognition of the Centre.  To misunderstand this amounts to a wilful ignoring of basic facts and outcomes, revealed easily through even the most basic research of the Centre’s activities. We invite the Centre’s detractors to consider its programmes and operations, its founding mission, its record to date, before arriving at any conclusion as to its worth in the field of human dialogue.

05 Jul, 2019
Live: Religious Communities from Around the World Pledge Support for KAICIID
20 Jun, 2019
Platform for Dialogue in the Arab World Praises KAICIID’s “Remarkable Efforts” Promoting Dialogue in the Middle East and Beyond
19 Jun, 2019
Anglican Bishop in Europe: KAICIID's Work with People Seeking Refuge in Europe is Vital
14 Jun, 2019
From Myanmar to the Middle East, from Vienna to Central African Republic, Support Pours in for Kaiciid after Austrian Vote
END_OF_DOCUMENT_TOKEN_TO_BE_REPLACED