KAICIID Board of Directors discusses peacebuilding activities for 2016 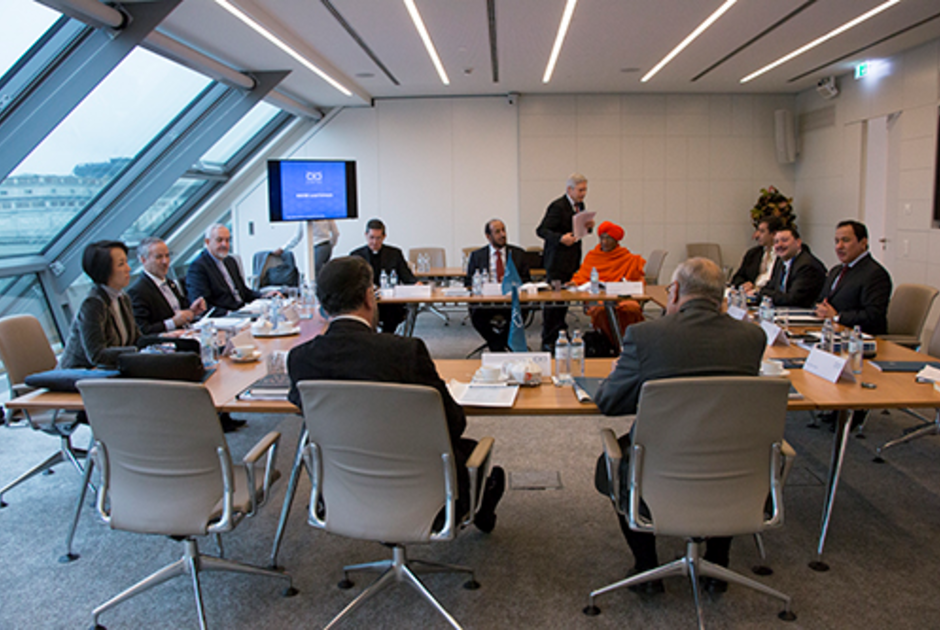 The KAICIID Board of Directors met on 19 and 20 October at the International Dialogue Centre in Vienna, Austria, to discuss the planned activities for 2016, which will focus on the use of interreligious dialogue to build peace and foster reconciliation in conflict situations.

During their 13th regular meeting - the final meeting of 2015, the Board of Directors were updated on KAICIID’s peacebuilding projects in the Central African Republic, Iraq, and Nigeria. They were also informed about the Centre’s contribution to international events like the Parliament of the World’s Religions and the Madrid+10 Global Policy Dialogue on Preventing and Countering Violent Extremism, which took place in October, in Salt Lake City and Madrid.

The Board were briefed on the outcomes of the Athens Conference on Citizenship Rights in the Middle East and the Amman Social Media Forum, the latest follow up activities of the United Against Violence in the Name of Religion initiative, that supports peaceful coexistence in the Middle East.

Also discussed were the Fellows Programme, which trained 20 future religious leaders from 16 countries in 2015. In December 2015, the 2016 class of Fellows will begin its training. The KAICIID Peace Map, launched in September as a tool for students, researchers, policymakers and dialogue experts, was also showed to the Board.

About the Board of Directors

KAICIID’s multireligious Board of Directors comprises representatives of Buddhism, Christianity, Hinduism, Islam, and Judaism. The Board designs and supervises the Centre's programs.

Board of Directors
Peacebuilding