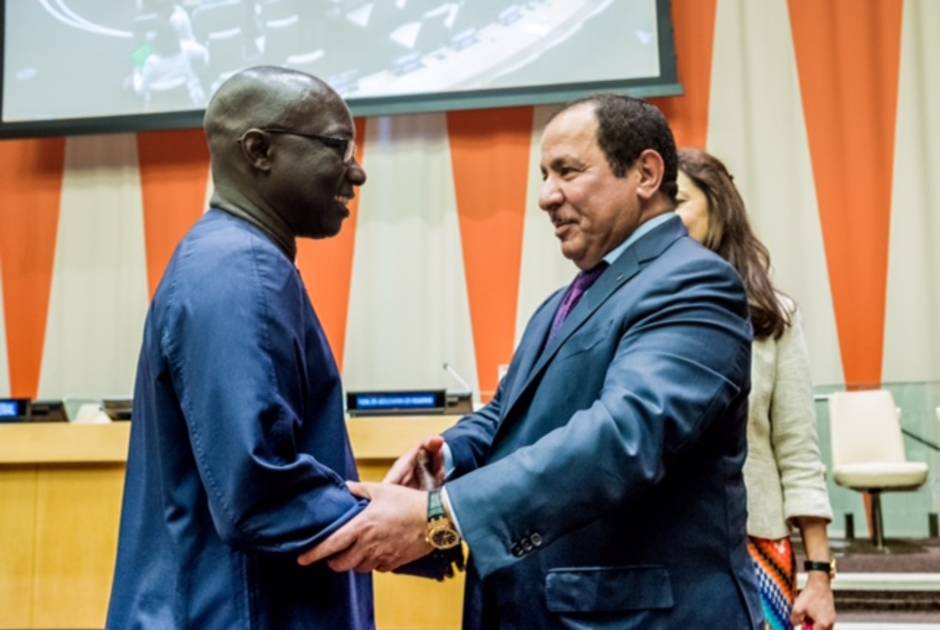 KAICIID and the United Nations Office on Genocide Prevention and the Responsibility to Protect have been working together since April 2015 on a multi-stakeholder process with religious leaders, policymakers, faith-based organizations and civil society over five regional consultation meetings. This process produced the Plan of Action for Religious Leaders and Actors to Prevent and Counter Incitement to Violence that Could Lead to Atrocity Crimes, which was launched today by the United Nations Secretary General, Antonio Guterres at the UN Headquarters in New York.

The memorandum of understanding formalizes the longstanding cooperation between the two organizations in light of the complementarity of their mandates directed towards building and sustaining peace among communities around the world.

KAICIID and the UN Office on Genocide Prevention will work together on the implementation to support national, regional and international efforts to enhance religious actors’ engagement in the prevention of atrocity crimes as well as collaboration among religious leaders and actors, United Nations Member States and civil society to prevent incitement to violence through sustainable platforms for dialogue.

KAICIID SG Faisal Bin Muaammar welcomed the Memorandum of Understanding, “Religious leaders and representatives of faith organizations have a key, but hitherto underutilized role in preventing and countering hate speech and incitement to violence. Through their influence in their communities and with their followers, they can (and often do), support the prevention of conflicts and reconciliation processes. Our collaboration with the United Nations Office on Genocide Prevention and the resulting Action Plan is proof that dialogue between religious leaders and policymakers contributes to sustainable development and peace. We remain wholly committed to the Fez Process, and look forward to working together on its implementation.”

UN Special Adviser on Genocide Prevention Adama Dieng said: “KAICIID Dialogue Centre has been supporting my Office for more than two years.  In particular, KAICIID's support has been key in supporting the process that has led to the development of the Plan of Action for Religious Leaders and Actors to Prevent and Counter Incitement to Violence that Could Lead to Atrocity Crimes. I am sure that this Memorandum of Understanding will further strengthen our partnership, as well as the prevention of atrocity crimes worldwide.”