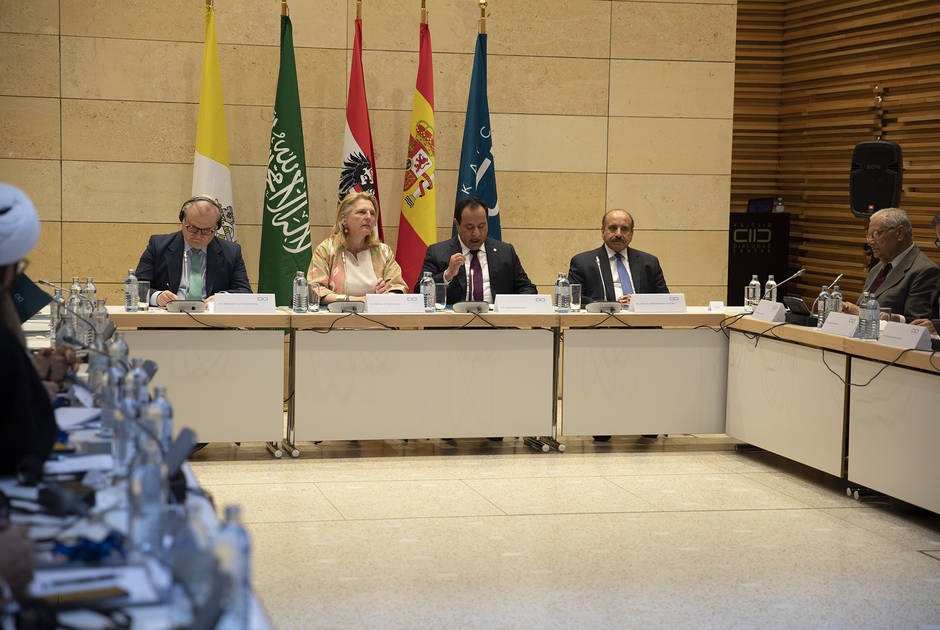 KAICIID and the Arab platform organized this event as part of ongoing efforts since December 2018 to build a cohesive National Team for Common Citizenship in Iraq, as part of its activities under the KAICIID-supported Interreligious Platform for Dialogue and Cooperation in the Arab World.

The meeting offered a safe space for dialogue, and for the exchange of views and experiences between Muslim religious leaders. Its aim is to build relationships and trust within the Muslim community, as well as to launch an ‘Intra-Muslim Dialogue Council’ composed of 20-26 Muslim religious leaders under the umbrella of Platform in the Arab world to strengthen the role of Muslim Religious Leaders and dialogue practitioners in rebuilding the trust between Muslim communities and other religious communities in the region.

As a direct result of this meeting, the KAICIID supported the participating Muslim religious leaders in the development of an action plan to strengthen dialogue, coexistence and common citizenship between the diverse Muslim communities in Iraq with a focus on religious education that promotes intra-Muslim dialogue and diversity, the role of social media in promoting common citizenship and preventing hate speech among intra-Muslim institutions, and the important collaboration between Muslim religious leaders from different backgrounds and policy makers to strengthen principles and values of citizenship and peaceful coexistence.

In this regard, the KAICIID Secretary General said: “Intra-Muslim dialogue constitutes an essential factor in building social cohesion and strengthening ties among communities. The success of interreligious initiatives is largely dependent on strengthening relations and understanding between followers of the same religion through intra-religious dialogue. In the Arab world, this is particularly true in regards to intra-Muslim relations. If we want to successfully enhance interreligious dialogue, we must also invest in intra-religious trust and understanding.”

KAICIID has been working to facilitate cooperation in the Arab region since 2014, with the launch of the “United against Violence in the Name of Religion” initiative, which resulted in the Vienna Declaration; a set of recommendations drafted by and agreed upon by religious leaders from the Arab world.

Since then, KAICIID has fulfilled the recommendations outlined in the Vienna Declaration, and officially launched the Platform for Dialogue and Cooperation in the Arab World in Vienna in February 2018. This platform is considered to be the first of its kind to ever exist in the region, and under its membership, several initiatives promoting common citizenship and peaceful coexistence are taking place, including building a National Team for Common Citizenship in Iraq, which is directly impacted by the outcome of the Intra-Muslim Consultation Meeting, which is the establishment and successful implementation of the action plan outlined by the Intra-Muslim Dialogue Council.