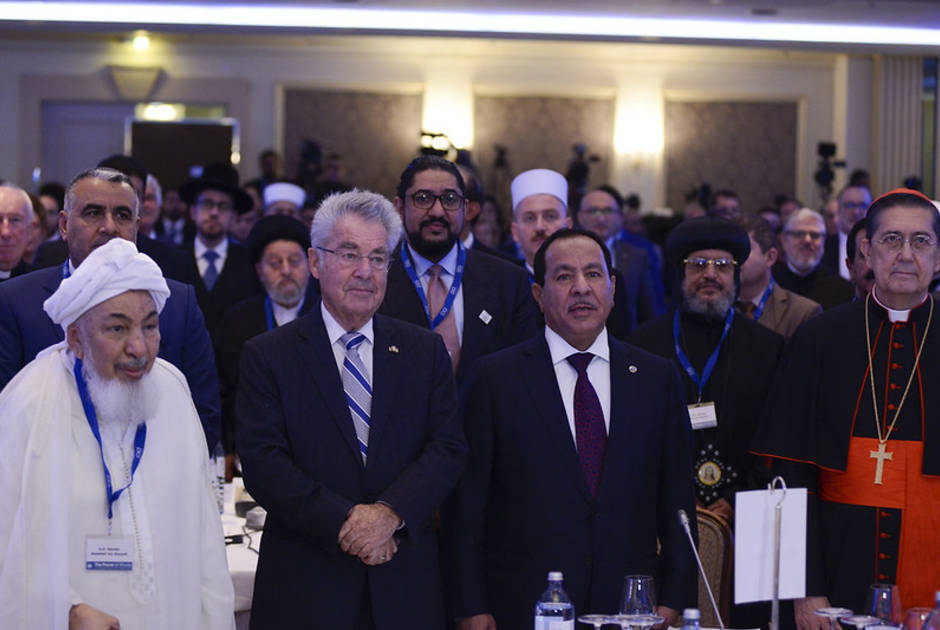 “The advent of the digital age has magnified the effects of antisemitism, Islamophobia, xenophobia and other manifestations leading to the isolation of individuals and groups on the basis of their identities, whether faith-based, gender-based or race-based,” bin Muammaar said.

“The Centre aims to enhance the positive role of religious leaders and their institutions in countering hate speech and contributing to social cohesion at local and regional levels.  To this end, I can announce that KAICIID is investing nearly 1.5 million Euros in 2020 towards the implementation of the recommendations and action plan agreed by this conference.”

The investment, announced at an international conference organised by the Centre and attended by nearly 200 delegates and guests from all over the world, is intended to further align KAICIID’s activities with the United Nations Plan of Action on Hate Speech announced earlier this year.  The Centre was also involved in discussions leading to the 2017 UN Global Plan of Action for Religious Leaders and Actors to Prevent and Counter Incitement to Violence That Could Lead to Atrocity Crimes and has made countering incitement and hate speech a key component of its programmatic outreach.

KACIID’s initiatives for next year will be administered in its focus countries and regions, comprised of Nigeria, the Arab region, Myanmar, Europe and the Central African Republic.  They will include:

And in a new initiative, the Centre will be investing a significant amount into gathering and presenting polling data to help inform and shape its programmes while at the same time improving its contribution to discussions at policy making levels.

These commitments follow an allocation this year of almost 900,000 Euros which have also been directed at programmatic interventions dealing with hate speech and its impact on social cohesion. This allocation is in addition to amounts spent in other programmatic activities.

The announcement was made during the conference entitled “The Power of Words: The Role of Religion, Media and Policy in Countering Hate Speech”, which had keynote contributions made by the former Austrian President Heinz Fischer; Adama Dieng, Special Advisor to the United Nations Secretary General for the Prevention of Genocide; and Ján Figel, Special Envoy for the promotion of freedom of religion or belief outside the European Union.

During his keynote address, Fischer told delegates: “If a word can have such an impact and such relevance, we can imagine what damage hate speech can bring to a human being, to a community, to society and to the principle of peaceful dialogue and respectful cooperation.”

“I accepted this invitation with pleasure, because I am ardently against hate speech and I am convinced that the overwhelming majority of the Austrian population is supporting this position. Fighting against hate speech is an essential element of defending human rights,” the former President of Austria said.

Dieng for his part expressed concern over the growth of hate speech worldwide in recent years and commended KAICIID’s work in the field. “At the United Nations we extremely value the work of KAICIID. We extremely value the convening of this first and historic conference on the power of words. We have to remember that the holocaust did not start with the gas chambers. It started much before with words. Words kill,” he said.

Cardinal Miguel Ayuso Guixot, President of the Pontifical Council for Interreligious Dialogue, who represents the Holy See at KAICIID’s Council of Parties and is a member of the Centre’s Board was one of the high level religious leaders opening the conference. “World peace through human fraternity is not some idealistic dream but a reality that has emerged, taken hold in concrete ways, in events such as this, fostering dialogue and understanding. KAICIID is a living example of the efforts to counter hate speech, not only through the media, but by the very experience of working together to better relations and understanding between religions”, he said.

The bulk of conference delegates were from the Arab region, where hate speech has been a major cause of division and violence. H.E Sheikh Abdallah bin Bayyah, President of the Forum for Promoting Peace in Muslim Societies and religious leaders representing the Arab region’s Christian, Druze, Jewish, Muslim and Yazidi communities also attended. Many of them are part of the KAICIID-supported Interreligious Platform for Dialogue and Cooperation in the Arab World. The conference also received contributions by members of organisations such as the KAICIID-supported Muslim Jewish Leadership Council (MJLC), as well as other European experts, in order to produce shared perspectives and initiatives common to both regions.

The conference created specialist panels of experts to discuss countering hate speech in the policymaking, religious, media and educational fields. Delegates produced a special declaration and an action plan.

Video
"We do not have the luxury to sit and listen."
Project
The Power of Words: The Role of Religion, Media and Policy in Countering Hate Speech