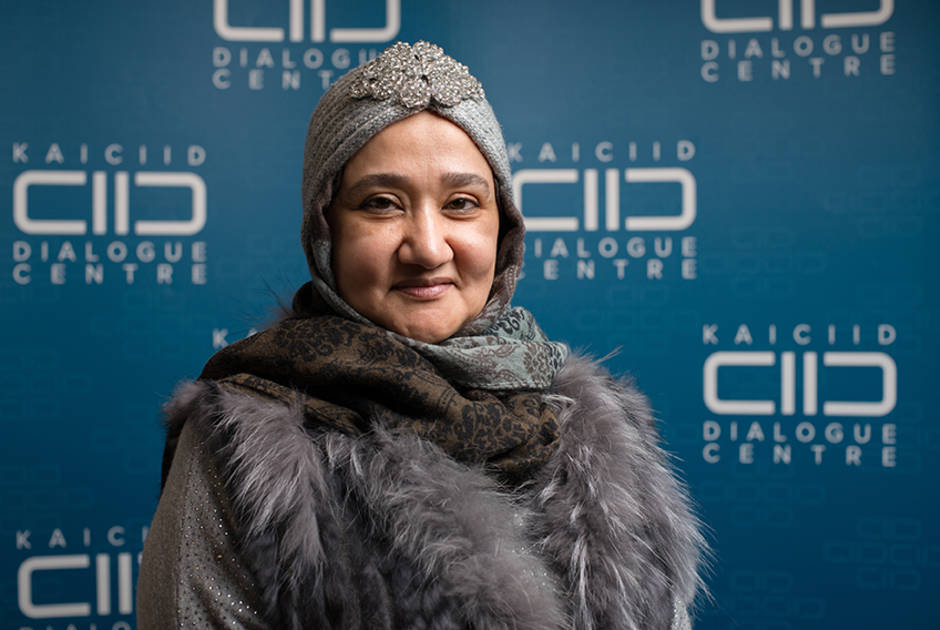 As we approach yet another World Refugee Day on June 20th, 2018, it is ever more urgent for us to redouble our efforts to address the ever-widening refugee crises worldwide. Today there are more than 66 million forcibly displaced persons and 23 million refugees around the world. And 73 percent of world’s displaced people are in Europe, the Middle East-North Africa and Africa region.

It is incumbent upon all national and international organizations, and particularly the religious leaders and faith communities - indeed all people of conscience – to build bridges and common grounds and come together to work for greater tolerance and understanding which would shrink the widening sphere of conflict resulting in an increasing number of refugees and displaced persons around the world.

Greater efforts should be exerted to alleviate the suffering of those already afflicted while at the same time redoubling efforts to eliminate the root causes of wars and conflicts leading to displacement.

It is here that the role of religious communities and their leaders comes to the fore - as they have always been at the forefront with their culture and tradition of service to humanity and upliftment of the poor and the down trodden.

Role of Religious Leaders and Communities

Lately, religious and interfaith organizations, with their long history of involvement in education and charity, have been particularly effective in partnering with policy makers and state governments in assisting and rehabilitating the displaced persons. They can be the most appropriate agents through whom governments, intergovernmental organizations as well as policy makers can outsource various services for the refugees and displaced persons.

As the UN Secretary-General, António Guterres has stated: "This is not about sharing a burden. It is about sharing a global responsibility, based not only on the broad idea of our common humanity but also on the very specific obligations of international law”.[1]

The Mission of KAICIID

The King Abdullah Dialogue Center was established with the mission to create common grounds and promote peace, tolerance and understanding while it seeks to promote human rights,  justice and reconciliation and stop the abuse of religion as a means to justify oppression, violence and conflict.[2]

As a member of the KAICIID Advisory Forum, and in support of the Center’s call to observe the upcoming World Refugee Day on June 20th, 2018, I am eager to voice my support for all of the Center’s efforts to promote solidarity through inter-faith dialogue and harmony among people of all faith traditions which would eliminate conflicts that lead to hostilities and displacement.

We share our concerns and express our support for the adoption of all constructive measures to alleviate the suffering of refugees and displaced people already affected world-wide.

Support of the Leadership

We at KAICIID are particularly proud of the continuing support from the leadership of our founding countries and the Kingdom of Saudi Arabia which is now further strengthened by the Kingdom’s Vision 20-30 championed by Crown Prince Muhammed Bin Salman which directly supports our mission - to promote peace, tolerance and understanding among nations and people of all faith traditions.

Indeed, this initiative will be directly effective in reducing and eliminating the ever widening ‘clash of civilizations’ and sectarian and religious conflicts that add to the growing numbers of refugees and displaced persons, particularly among the KAICIID founding countries and indeed worldwide.

Together, may we all succeed in our common mission to make this a better, safer and a more prosperous and peaceful world for us all!