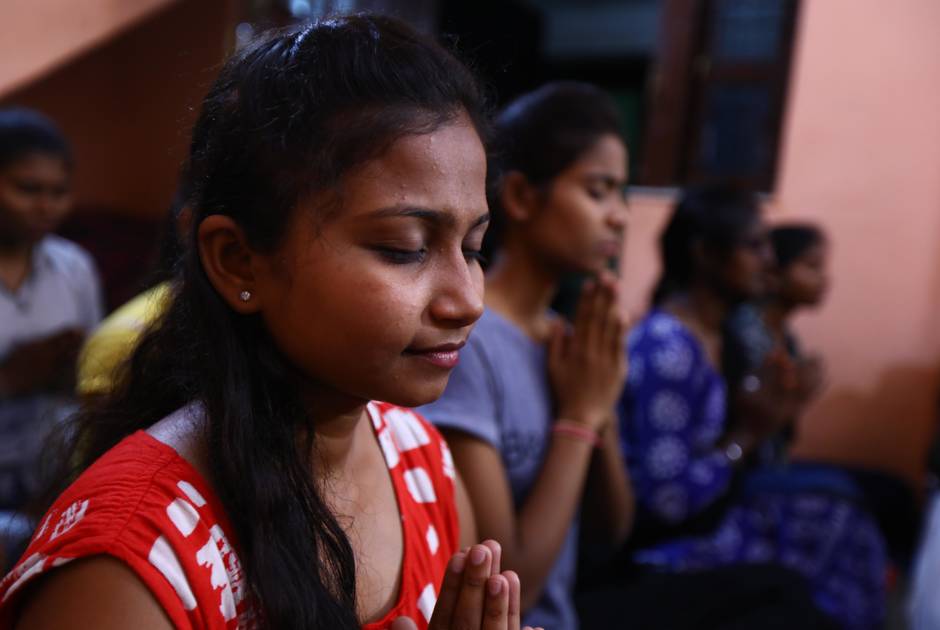 Experts at an opening webinar for KAICIID’s newly launched “Faith4SDGs” Project urged the international community to fully engage the unprecedented network of faith communities, as they race to achieve the United Nations Sustainable Development Goals (SDGs) before the year 2030.

The webinar, titled “Faith for Sustainable Development: Advocating Care for People and Planet,” which was held on 22 October, kicked off a series of events, including a virtual film-festival which aims to raise awareness of the work of faith-based organizations to implement the Global Goals. It was launched in celebration of the 75th anniversary of the United Nations.

With the clock ticking, and communities facing enormous economic and social setbacks due to COVID-19, bin Muaammar encouraged secular institutions to ensure faith communities are fully integrated in the implementation of the SDGs.

“The power and influence of religious actors make them a unique force for good in the world,” said bin Muaammar in his opening statement. “KAICIID is built on the view that interreligious dialogue, and the inclusion of faith actors, has a fundamental role in advancing the human development agenda.”

During the panel session, each of the speakers pointed to the experience of faith communities in delivering aid, education and healthcare across borders.

According to Karam, involving faith-based organizations in humanitarian aid and sustainable development is not a new idea. Many field offices at the United Nations have been doing this for decades due to the strong legitimacy faith leaders enjoy within local communities.

“Some of us seem to think that we're discovering something new and that's a bit dangerous because religious actors are actually the oldest political, social, financial, cultural and economic policymakers that history has ever known,” she said.

“We're dealing with the original communities of our existence. Religious leaders were the first presidents and prime ministers and program officers…They will continue to exist long after our institutions.”

As over 80% of the world identifies with a spiritual tradition, Lehmann-Sow highlighted how this advantageous position of faith-based organizations could boost development efforts. “Faith leaders know the issues and the most vulnerable of the communities,” she said.

In this sense, religion often forms a “lifeline” for people, particularly those in disaster and conflict areas, Helle added.

“Religious organizations are ingrained, and we simply cannot reach those people the way the religious communities can”, she said. “There is an enormous win-win in bringing religious organizations and secular NGOs together to really strive for a better future. And I think it's a very appropriate conversation to have on the 75th anniversary of the United Nations.”

Religious influence is fundamental to ensuring the success of the SDGs, as faith leaders tap into a core part of the value system followed by billions of people. “If we think of SDGs, we need to acknowledge that there’s much more than investment into infrastructure or services,” Lehmann-Sow said. “There’s actually a change of attitudes and behaviour that is very much between the lines of many or sometimes expressed as part of the SDGs.”

According to Abumoghli, increased engagement and changed mindsets are needed more than ever as the world, which is facing a global crisis, falls desperately behind on the majority of SDG targets. Less than a quarter of the 93 environment-related SDG indicators targets are on track, while over two thirds do not have enough data for their progress even to be assessed.

“The full spectrum of [non-governmental organizations] has not been adequately engaged,” he said. “Faith actors have not been included in the global movement towards achieving the [SDGs], although they have been working on it for so long.”

Sharing statistics from UNEP's Faith for Earth Initiative, Abumogli pointed to the vast resources available to faith-based organizations — resources which would deliver economic clout to development endeavours. Faith-based organizations own 8% of habitable land on Earth, manage 5% of commercial forests (and in some countries, like Austria, more than 28%), run 50% of schools and own more TV and radio stations than the total across Europe.

As our environment degrades, Abumoghli believes that partnerships between the religious and secular hold great promise. “The objective is to bring the scientific evidence that the United Nations provides and bridge that with the spiritual teachings and the sacred scripts of religions and make them work together in terms of reaching out and solving environmental issues,” he said.

Karam acknowledged one challenge the international community has faced in multi-stakeholder engagement is in dealing with diverse beliefs and value systems. This, she said, can be overcome by uniting around the Universal Declaration of Human Rights as the core agenda.

“It has to be human rights. We don’t deviate to accommodate certain religious positions and institutions because it’s a bit touchy and problematic,” she said. “We have to prioritise the entirety of the human rights agenda. So when we engage with religious actors, we understand they are accountable to the united agenda, just as anybody else is.”

Hajjar said this agenda is one that his organization, the Islamic Development Bank, has worked hard to institutionalise within their approach to financial services and development aid. “The Islamic financial model is based on the principles of sustainability, fairness and equality which considers social, environmental and governance factors in any decisions,​” he added.

Helle pointed to another core value which she believes multi-stakeholder partnerships need to embrace: humility and the idea that both secular and faith institutions need each other in order to achieve Agenda 2030.

“None of us can have the arrogance to say that we are a solution to the problem," she said. "We need to have that humbleness to recognise that there is only one Earth, one future for all of us.”