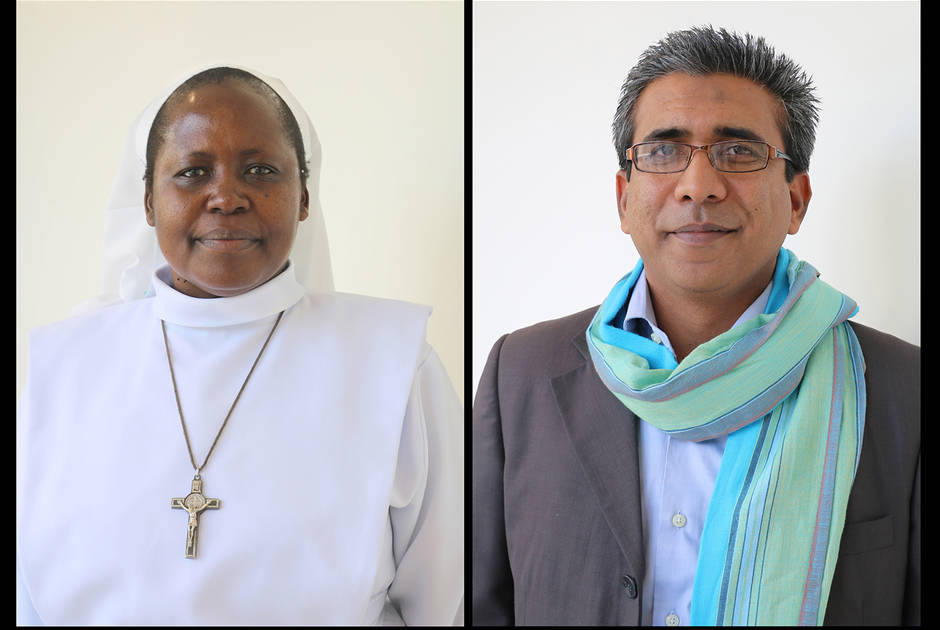 Religious education and its reforms are a crucial aspect to consider when trying to build social cohesion within countries such as Kenya. Participants at KAICIID’s interreligious education working level meeting explain the issues behind Kenya’s latest curriculum reform for education.

On 10 and 11 December 2014, KAICIID organized a working meeting of education experts and policy advisers to share methods and tools supporting good practice in interreligious education. Participants from all over the globe came to participate in this event, with participants coming from India, Kenya, Korea, Lebanon, Norway, Saudi Arabia,  South Africa, and Spain.

Two of the participants from Kenya, who are both practitioners and involved in the debate currently taking place in the country about education review and reform, spoke with KAICIID.  Sr. Angelica Obaga, is the Curriculum for Religious Studies Coordinator at the Kenya Institute of Curriculum Development (KCID) in Nairobi. The Kenya Institute of Curriculum Development is commissioned with conducting research and developing curricula for all classes up below the university level.

Mohammed Belall Maudarbux, is the Network and Programs Manager of the Global Network of Religions for Children (GNRC) and oversees the implementation of the ‘Learning to Live Together’ program.  The GNRC is a global scale network that supports organizations working towards securing the rights of children, and addressing their needs in  unique contexts and locations. The GNRC’s priorities include poverty eradication, child rights, ethics education, and empowering children and young people.

Kenya’s 41 million population (2011 statistics) is predominantly Christian, and has a sizeable Muslim minority population (12 %). Recent events such as the November 2014 attacks near Mombasa where five mosques were raided by police and then closed down, have highlighted interreligious tensions in the country. This context, and many other factors, need to be considered when creating curricula for teachers. As a part of this debate, it is important to look at the impact of formal and informal interreligious and religious education. In the formal Kenyan school system, religious education curricula focusses on teaching students the religion of their own confession.  The emphasis of the most recent curriculum review is to emphasize life skills for social cohesion. Sister Obaga explained that these skills include “decision making, critical thinking, peaceful coexistence, living together, peace and responsibility, and insight, so that whether one is a Muslim or a Christian, they should not have a problem with [the other.]”

However institutional educational reform is only part of the story when it comes to interreligious and religious education in Kenya and around the globe. In this regard, Mr. Maudarbux described the work that the Global Network of Religions for Children is doing in Kenya; “We are in the non-formal sector, so we come up with programs which fill the gaps in terms of living together and community resilience against violent extremism. However we are not yet a part of this discussion on the formal level.” This work, such as visiting each other’s places of worship, on an informal level, is an important aspect of the types of education that are available to young people in Kenya.

“The realm of the political cannot be ignored”

“Curriculum reform is one of the tools of social engineering” Maudarbux emphasized, which is why the discussion about religious education and its reforms are so important  when trying to build social cohesion within countries such as Kenya. He also mentioned the flexibility and freedom that non-formal education provides to address controversial or sensitive issues.  He explained that the GNRC’s work in Kenya is crucial because when it comes to curriculum reform, the political realm cannot be ignored as the key factor that influences formal curricula, including the possibility to receive religious education of students’ respective faiths. This is often difficult in public schools, where other options frequently do not exist for minorities. Therefore, future cooperation between the state and non-governmental organizations in this field can become an important part of helping countries, like Kenya, that have experienced protracted social conflicts due to distinctions that are created within the education system.

In Kenya, this developing debate is a result of the current changes taking place in the country. Sister Obaga explained, “this is why we are reviewing the curriculum. Because how can we live as one when we look at what is happening? There are aspects of interreligious education which are coming in, such as asking how can we work peacefully with the Muslims? How can we work peacefully with the Hindus? Or Christians?”

KAICIID’s interreligious education program meeting was the first of its kind. Interreligious education was reaffirmed as an initiative and priority for KAICIID at the special conference, United Against Violence in the Name of Religion, in November 2014, and this December 2014 meeting was a stepping stone for further work in this field. Due to the global scale of the meeting, both Maudarbux and Obaga believe that regional conferences will be an important next step for interreligious education discussions and meetings. “[It is important to] consider the same issue on a regional base first and then we will move to a global level” Maudarbux said. Learning from different countries and regions which have different religions, contexts and histories is helpful, but the regional approach will be a good next step in developing dialogue between policy advisors, educators and administrators. Obaga agreed, “I think this is a good forum for this kind of discussion,… however because of the different beliefs and cultures… when you are talking about interreligious education, it is hard to [compromise] because we are talking about the sacred”.

Sharing practices and discussing strategies to improve interreligious education curricula around the globe is an important aspect of helping to develop stronger understanding and social cohesion within different cultures. KAICIID’s work in this area will continue to develop, and support the latest changes that will help youth learn about the ‘other’ in a more accurate and nuanced way that will help foster understanding.

Read more here about the Kenya Institute of Curriculum Development.

Learn more here about the Global Network of Religions for Children.