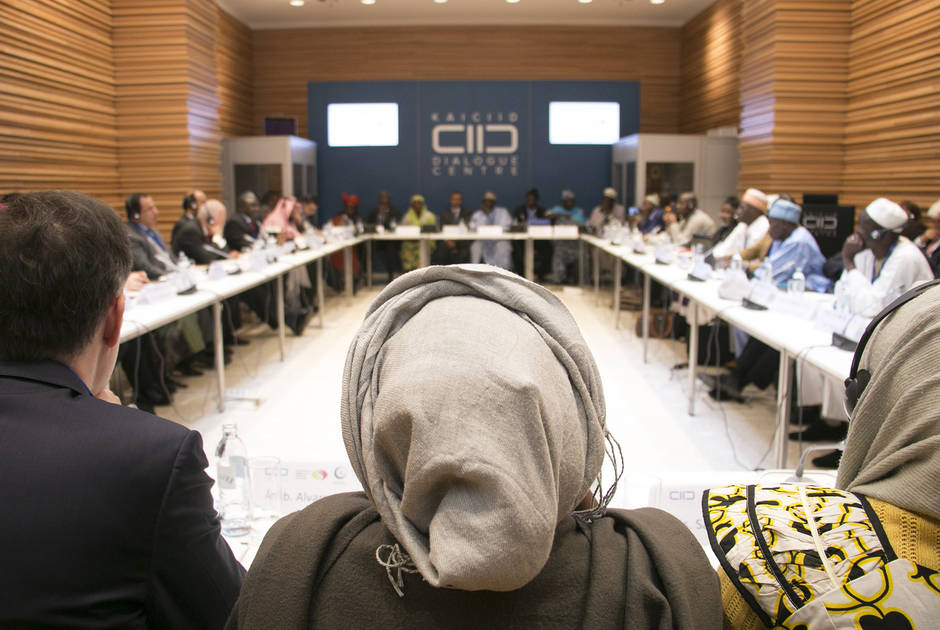 Committed to support women and youth in their efforts to build peace.

Committed to seek a common voice beyond interpersonal disputes

Emphasizing the need for finding solutions to the agreed concerns, including but not limited to

Crisis of the religious leadership:

Policies and practices of discrimination against Muslims e.g. restricted access to mosques
Stigmatization of Muslims as radical
Clear definition of the role of Islam in the secular national state of CAR
Weak structure and capacity of Muslim organizations to respond to the needs of the communities
Economic development and relief problems for many displaced Muslims
Improvement of security and challenges with mobility
Lack of educational institutions for youth and children

Address together practices and policies of discrimination against Muslims

Support the living and coexistence for all citizens of CAR

Responding to the needs of the youth:

Provide employment opportunity for youth
Develop programs to integrate youth in the work of civil society
Develop special initiatives to transform the perceptions among the youth
Build the capacity of religious leaders to be more effective in their work for peace and reconciliation, especially in their work with youth

Responding to the needs of women:

Create programs and campaigns to advocate for the change of policies to recognize Muslims as equal citizens:

Develop a common vision and strategy for Muslim organizations to respond to these issues: develop a common document
Raise awareness among Muslims regarding citizenship and their rights and responsibilities as citizens
Develop programs to assist and document Muslims in CAR to comprehensively assess the damages of their property and ensure proper compensation
Sensibilization and eduation program at the government level through the Ministry for Reconciliation
Train civil servants, security forces and police to better treat the Muslim community

Programs to support the interfaith cooperation between Muslims and Christian leaders, with the backing of the communities.
Develop a space for dialogue among Muslims in CAR
Bring the Muslim religious leaders together and support their process of finding ways to cooperate and overcome their divisions for the sake of the communities and the country of CAR.
Meetings between Christian and Muslim youth to increase understanding

Role of the media:

Launch initiatives to correct the negative images in all the media about Muslims and Muslim-Christian relations.

Capacity building of the religious leaders

Support the return of all refugees and internally displaced persons (Christians and Muslims) and respond to their needs: Security; rebuilding houses; providing employment opportunities

Based on a consultative process to ensure representation and provided that the structural problems are solved:

The concrete programmes the Committee is committed to engage with

Employment opportunites in government/state administration (particularly  employment for the youth)
Working with government to do sensitivity trianing (including government, law enforcement, police officers, justice, civil servants/admisnitration) à as way of improving the image of Islam and Muslims in CAR, particularly in the high level government
Education and capacity building training for people who are engaged in the committee in order to strengthen the civic engagement
Creation of intermediarory function to communicate the needs of the community to the government

Recommendations for Concrete Points of Action from the Observers

Open an office for humanitarian relief and other issues (much of the work is already underway), or collaborate with others, with the coordinated help of OIC, WIB, KAICIID, and possibly others.
Increase the logistical and financial support for capacity-building of the members of the CAR IRD Platform and organizations
Increase the capacity-building in dialogue and mediation skills for the Muslim community, with the main aim of developing their own representative and inclusive structure at a national level, so as to be able to speak with one voice, not only with the government, but also within the IRD platform as well as with a variety of other organizations, both within CAR and outside
Organize a follow-up encounter of CAR Muslim community leaders, possibly in Mecca, to develop the above-mentioned inclusive structure, learning from a comparison of 5 or 6 Muslim representative structures that already exist in other countries where Muslims are a minority, so as to possibly adapt elements of these models for the development of CAR”s own representative and inclusive structure. (ex: In Nigeria, national structures exist for Muslims and Christians, such as the 2 National Pilgrimage Commissions (one for Muslims, one for Christians).
Continue to integrate Muslim pupils in existing Christian schools, while awaiting for re-opening of Muslim primary and secondary schools