Interfaith Dialogue at the Heart of Efforts to Address the Social Exclusion of Europe's Migrant and Refugee Communities, Experts Conclude 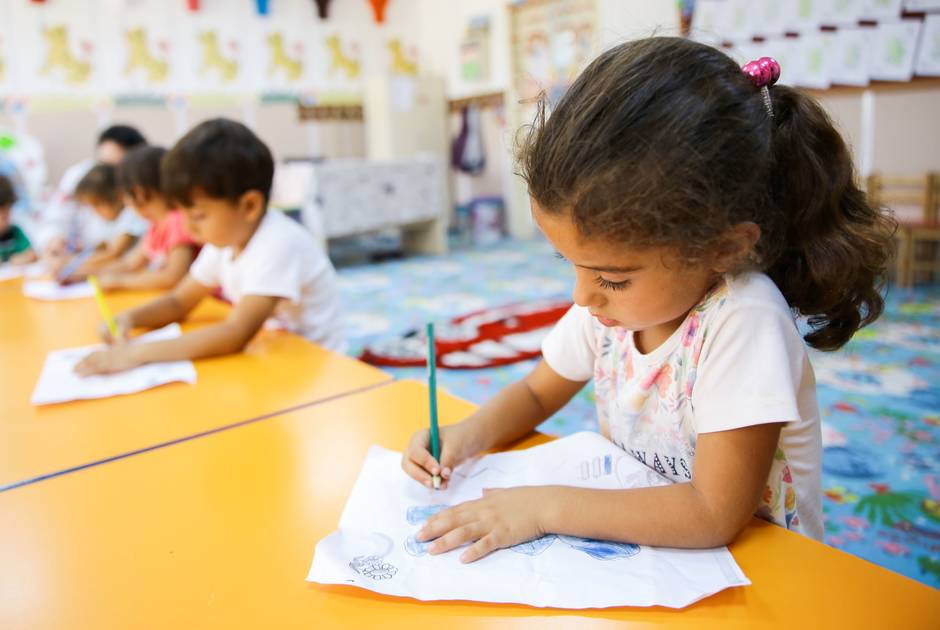 Gathering to discuss three new policy briefs published by the KAICIID-supported Network For Dialogue, policy makers joined religious leaders, including Sheikh David Munir from the Islamic Community of Lisbon and Dr. Lakshmi Vyas from the Hindu Forum Europe, as well as specialists in refugee issues to examine how best to address the exclusion of migrants and refugees at a local, national, and European level.

The participants were divided up into three thematic ‘breakout sessions’, each led by experts in the field and focusing on one of the briefs’ three central topics: education, trust-building, and changing negative narratives around migration.

Kicking off the expert workshop, KAICIID Secretary General Faisal Bin Muaammar expressed his pride in the accomplishments of the Network for Dialogue programme.

“With members from thirteen European countries and growing, [the Network] is truly unique, and we believe it has the potential to be a valuable addition to the European toolkit on migration and integration,” Bin Muaammar said.

Since its inception in 2019, the Network’s members have worked tirelessly to encourage sustained dialogue between faith actors and policy makers working on refugee and migration issues. Such collaboration is vital as religion remains an important part of European life, Bin Muaammar told the assembled stakeholders.

“Contrary to the expectations of a few decades ago, religion is not declining in importance in public life. Pluralism, not secularism, seems to be the path forward.”

For this reason, faith based actors should be afforded the chance to work with policy makers at every stage of the policymaking process, Bin Muaammar said in his opening remarks, including the testing of policy proposals, fostering buy-in, and gathering evidence of impact.

It was a message that resonated with Dr Angeliki Aroni, a policymaker from the Greek Ministry of Migration and leader of Greek efforts to integrate and support unaccompanied migrant minors.

“It is so valuable to bring together faith based and secular organizations,” Dr Aroni said.

“Often, we working at [government] ministries, we policy makers, we forget the ‘whole’ child. We forget the dimensions that we have set in our goal to develop the physical, the social, the emotional, intellectual, moral, cultural, and spiritual.”

“This is why interreligious and intercultural dialogue is so important. We policy makers need to remind ourselves of the importance of faith and faith related practices for children and adolescents for their spiritual development and their resilience.”

Faith can provide refugee youngsters a sense of belonging and identity, added Dr Aroni —especially important for those who’ve lost loved ones and all semblance of a normal life.

Noting that the Network for Dialogue’s policy briefs had “mapped the challenges very well”, Dr Aroni emphasised the importance of synergy between policy makers, like herself, and grassroots organisations.

“The two are mutually powered communicating vessels,” she said, “we cannot do it without work in the field”.

This is particularly true in the realm of education, said Parmosivea Soobrayan, UNICEF’s regional adviser on education in Europe and Central Asia.

Sadly, with several intractable regional conflicts and a worsening climate crisis, the displacement of children is increasing globally.

“Because of this, only around 50% of refugee children attend primary school, and fewer than 25% attend secondary schools,” Soobrayan said.

Shoddy classroom conditions and a poor quality of teaching often means that those who do have access to education receive sub-par outcomes. This is true in Europe, Soobrayan pointed out, where migrant reception centres regularly lack sufficient educational facilities.

Addressing this requires a holistic approach, said Emiko Naka, a representative of Arigatou International and Network for Dialogue member, who summarised the conclusions of the breakout session on education.

“It’s vitally important to implement programmes promoting inclusivity by using a community based approach, involving the parents, the teachers, and others in the wider community,” Naka said, referencing the experiences of her session’s two contributing experts, Maria Lucia Uribe, Arigatou International’s executive director, and Frederik Smets, a UNHCR education officer.

Involving community-based mentors is only part of the solution, however. To truly address issues around migrant and refugee education, teachers must be trained in the art of interreligious and intercultural dialogue to bridge the divide with their new students, increasing their educational outcomes by providing a safer, more conducive space for learning.

Connected to this is the lack of trust between host and migrant communities — the topic of the second breakout session, which heard from Dr Amjad Mohamed Saleem, programme manager at the International Federation of Red Cross and Red Crescent, and Dani de Torres, an expert from the Council of Europe.

“There’s a real lack of trust between institutions and members of the refugee and migrant communities,” said Rositsa Atanasova from the Centre for Legal Aid in Bulgaria, summarising the session’s findings.

“There needs to be more of a bottom-up approach, and less top-down. This way, there will be a meeting somewhere in the middle, which will help define the space for trust building and engagement.”

Increased engagement between host and migrant communities will also help address the focus of the final breakout session: reshaping narratives around refugees.

“Migrants might feel afraid of engaging with locals because of their lack of language, and because of the lack of support from those communities,” said Dima Mahjoub of the Diaspora Network Alliance in Berlin. “These can be barriers to them feeling an important part of the community.”

encourage participation of migrants and refugees in public life

For this reason, policy makers — local and national — must take a more active role in encouraging the participation of migrant and refugee arrivals in public life. A celebration of their food and culture would be a good place to start with this, Dima said.

The three policy briefs discussed yesterday prepare the ground for the upcoming European Policy Dialogue Forum (EPDF), to be held in October. Through the briefs, the Network for Dialogue shall be positioned as a key policy contributor alongside partners in the field of migration allowing for more spaces for dialogue between faith-based and civil society actors with policymakers.