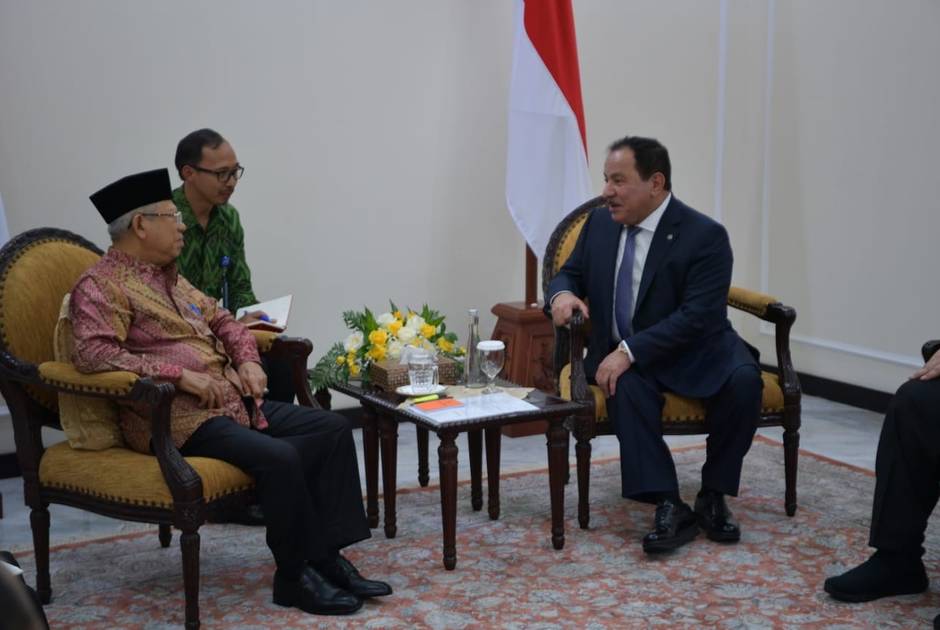 JAKARTA, 17 December 2019 - The Secretary General of the International Dialogue Centre (KAICIID), Faisal Bin Muaammar and the Vice President of the Republic of Indonesia, Ma’ruf Amin, met yesterday in Jakarta and discussed opportunities for cooperation in the field of interreligious dialogue.

The Secretary General briefed Vice President Ma’ruf Amin on KAICIID activities to promote interreligious and intercultural dialogue around the world. He highlighted the Centre’s commitment to fostering social cohesion and peaceful coexistence in South and South-East Asia, in particular through its country programme in Myanmar.

KAICIID works with its local partners in Myanmar to enhance social cohesion and interfaith harmony. Among its accomplishments, the Centre has supported the establishment of a network of 50 religious leaders and actors, the Peaceful Myanmar Initiative (PMI), which currently runs a training centre on interreligious dialogue in upper Myanmar.

The Indonesian Vice President welcomed the Secretary General and agreed to work together with KAICIID to promote tolerance and encourage dialogue between the followers of different religions and cultures. He also praised the Centre’s programmes and initiatives.

“The conflicts that occur around the world cannot be solved militarily and can only be resolved through dialogue. I wish all the success for the workshop that will start tomorrow”, the Vice President said.

The meeting took place in the context of a regional workshop, beginning today,  themed “Fostering inter- and intra-religious dialogue to prevent and mitigate conflicts in South and South-East Asia”, jointly organized by KAICIID and the OIC in partnership with the Indonesian Centre for Dialogue and Cooperation among Civilizations (CDCC) and the Jakarta-based Gusdurian Network. More than 65 religious leaders and policymakers from five different countries are taking part.