From Indigenous Communities to Faith-Based Organisations, Collaboration is Needed to Tackle the Climate Crisis 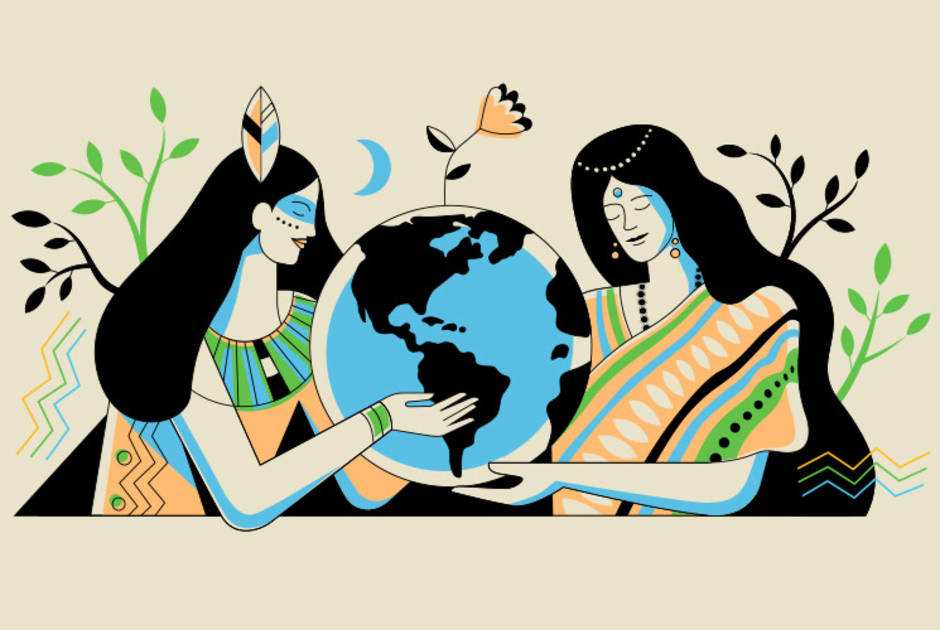 There is no greater equalizer than the environment. Regardless of race, religion, gender or geography, we’re all facing a climate crisis — a man-made catastrophe that can only be tackled with collective action.

Faith-based organisations and indigenous communities are key actors in this endeavour. With their moral capital and spiritual resonance, they can call for restorative action and greater sustainability, guiding policymakers onto a path that better protects the planet.

This was the central message of ‘Restoring The Planet: Faith Drives Urgent Action’, a wide-ranging webinar which took place on June 3, hosted collaboratively by KAICIID and the UN Environment Programme (UNEP)’s Faith For Earth initiative.

The all-female roster of speakers featured leading stakeholders and experts in conservation, sustainable development, indigenous activism, religion, and science. Among them was Joyce Msuya, Assistant Secretary-General of the United Nations and Deputy Executive Director of the UN Environment Programme, who spoke of the sense of climate justice that is central to many, if not all, of the world’s religions. 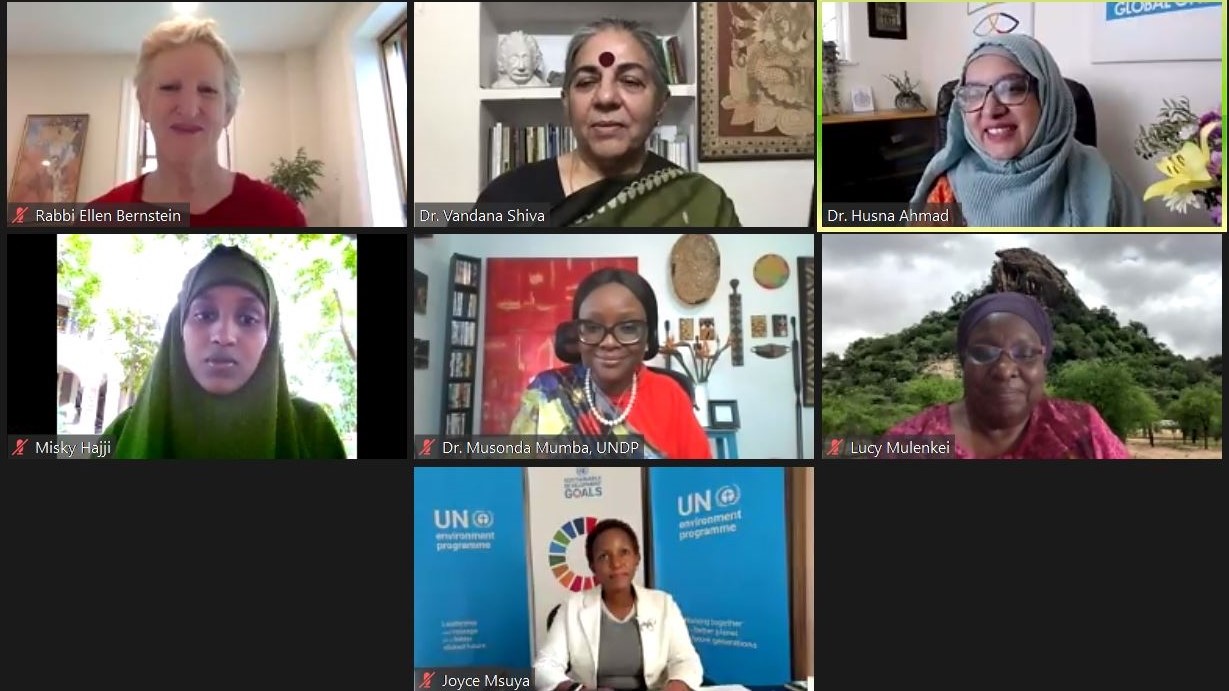 “In the Koran, for example, the concept of Tawhid, or Oneness, evokes the idea of the unity of creation across generations and people. The Catholic Church’s encyclical Laudato si' also speaks about the planet as our common home which we have a moral obligation to protect,” said Msuya, who also serves as UNEP’s Executive Director.

Though these values have been embraced in some quarters, progress remains achingly slow in the broader climate battle. For this reason, religious groups are leading by example, making sure to not only espouse environmental justice, but actively manifest it.

Though largely conducted at a grassroots level, this sort of positive action can spur a change of direction at the uppermost echelons of policymaking, Msuya suggested.

“Most political leaders respect faith leaders, and engage with faith-based organisations. In terms of influencing at the highest level, faith communities have the opportunity to leverage engagement with political parties to make a difference,” she said.

Religious leaders also command great respect from their followers, giving them a unique ability to spread the message of environmentalism. For more than thirty years, this has been Rabbi Ellen Bernstein’s mission.

“We have developed all kinds of curricula for religious schools, as well as materials for religious leaders,” Rabbi Bernstein told the webinar, referencing her work as founder of Shomrei Adamah Keepers of the Earth, the first national Jewish environmental organisation. “These lessons help them connect climate and ecology with the teachings of the Bible, and other religious texts,” she added.

The main challenge Shomrei Adamah faces is one of organisation — getting synagogues and churches to integrate environmentalism into their wider community work. Many have social justice committees, for instance, but lack environmental justice equivalents, and fundraising efforts often skirt around the green causes.

“We have a philosophy and theology that is consistent with environmental and climate justice. What we need to do is turn these very slow moving institutions and reorient them towards climate justice,” Rabbi Bernstein said.

In her native India, she has witnessed women in rural communities fighting to prevent deforestation and toxic river pollution, and working tirelessly to uphold a more sustainable agricultural system. The values that underpin this sort of green-activism are at odds with corporate-led globalisation, Dr Shiva believes.

“The mindset that recognises the Earth as sacred, as a mother, as alive, recognises that women are co-creator and co-producers. The capitalist patriarchy, on the other hand, is focused on greed and power — what I call the ‘blinders of humanity’.”

Indigenous Peoples and the Environment

In addressing the ecological consequences of modern-day consumerism, the world would do well to draw on the power of indigenous knowledge. Indeed, despite managing just a quarter of the planet’s surface area, native people protect 80% of global biodiversity.

“Indigenous people understand the importance of sustainability and restoring the land they live on. The farmers, for example, don’t clear everything — they know what to collect and what to leave to help the germination of the next crop,” explained Lucy Mulenkei, Executive Director of the Indigenous Information Network (IIN),  a women-led organisation that supports indigenous communities in Kenya. “This wisdom must be heard and acted on,” she added.

And yet, tragically, native communities — just like the environment — are under threat. No clearer is this seen than in the Amazon rainforest, which is facing its highest level of deforestation in over a decade.

For the Karipuna indigenous people of Brazil, the situation is bleak. Facing a three-pronged assault from logging companies, cattle ranchers, and land grabbers, they’ve lost thousands of acres of territory in recent years.

But the Karipuna are fighting back. With support from civil society groups, faith-based organisations, and international actors, they’ve managed to reduce deforestation on their land by almost 50%. Recognising the effectiveness of this kind of collaboration is crucial, webinar participants heard.

“Partnerships are so critical,” said Dr Musonda Mumba, chair of the Global Partnership on Forest and Landscape Restoration (GPFLR). “Religious leaders, indigenous communities, non-state actors, multilateral entities, all working together on environmentalism — it’s so important to understand that these partnerships really matter.”