Important Milestone for KAICIID: Launch of Multireligious Collaboration for the Common Good in Uganda 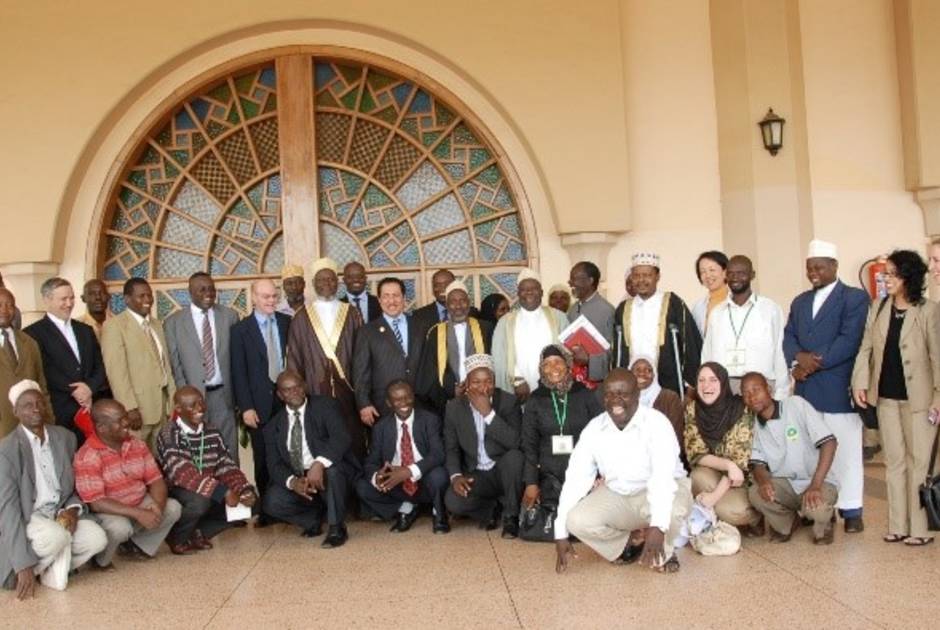 Representing the King Abdullah Bin Abdulaziz International Centre for Interreligious and Intercultural Dialogue (KAICIID), in strategic partnership with Religions for Peace (RfP), and in close cooperation with the United Nations Children’s Fund (UNICEF), KAICIID Secretary General Faisal Bin Muaammar announced the launch of an innovative programme – the Multireligious Collaboration for the Common Good (MCC) – to promote dialogue and collaboration amongst religious leaders in Uganda.

KAICIID developed this initiative as part of the promotion of dialogue amongst religious leaders. Africa, specifically Uganda, was selected as the location to pioneer this initiative, working across religious and cultural boundaries and including multilateral cooperation by governments and civil society. The MCC programme will provide an effective platform for multireligious actions that promote life-saving household practices and achieve the following objectives:

In the course of their two-day visit to Kampala, Uganda, KAICIID Secretary General Bin Muaammar and members of the KAICIID’s Board of Directors had the honour of visiting the “Meeting Point” project. The children supported by the project gave their visitors an incredibly warm welcome. Through speeches and children’s songs, they told of their challenges and inspirational resilience.

The delegation also attended a conference of 370 participants, comprising mainly religious leaders and high-level representatives of different institutions, on 15 March. During this joint conference, the launch of the MCC programme took place, led by Sheikh Shaban Ramadhan Mubaje, the Mufti of Uganda. His Majesty Solomon Gafabusa Iguru II, King of Bunyoro and Chairperson of the Cultural and Traditional Institutions in Uganda, honoured the launch with his presence.

At today’s press conference in Kampala, Secretary General Bin Muaammar said, “During our visit to Uganda, we have witnessed truly inspiring examples of dialogue amongst religious leaders and the peoples of different communities. By bringing these rich and diverse cultures together, through dialogue, we can collaborate to advance the well-being of our children, and to empower parents and families to improve their own futures. Care for our children is just one, but perhaps the strongest of values that unites followers of all religions. Therefore, the MCC programme, here in Uganda, Africa, is an obvious area for KAICIID to begin its work with our valued partner, the Inter-Religious Council of Uganda – RfP.”

William F. Vendley, Secretary General of Religions for Peace said, “KAICIID’s commitment to advance dialogue amongst all stakeholders in child survival will translate into saving the lives of vulnerable children. It will align diverse stakeholders to help the families of vulnerable children to serve as the frontlines of protection.” He added, “KAICIID’s taking the lead on this initiative is deeply welcomed. KAICIID has found a truly outstanding partner in Inter-Religious Council of Uganda – RfP.”

Hajat Rukia Isanga Nakadama (MP), the Republic of Uganda’s Minister of State for Gender and Cultural Affairs, praised the MCC initiative, saying, “I would like to congratulate the Inter-Religious Council of Uganda for the partnership with King Abdullah Bin Abdulaziz International Centre for Interreligious and Intercultural Dialogue. By so doing, you have taken the Ugandan spirit of interreligious dialogue and cooperation to the international level.”

King Solomon Gafabusa Iguru II thanked KAICIID for its support in Uganda. “I encourage you, religious leaders and other stakeholders, to continue with the spirit of dialogue and work extra hard to ensure this kind of interaction with us takes place at every level.”

During their stay in Uganda, the KAICIID Secretary General and members of the KAICIID Board of Directors met with religious and secular dignitaries such as the Grand Mufti of Uganda and Co-Chair, Council of Presidents, IRCU; the Archbishop of the Church of Uganda; the Archbishop of Kampala Archdiocese and Co-Chair, Council of Presidents, IRCU; and a representative of UNICEF.

KAICIID also had the opportunity to introduce the Centre and its vision and mission to the Vice President of the Republic of Uganda and to the Deputy Speaker of the Parliament.