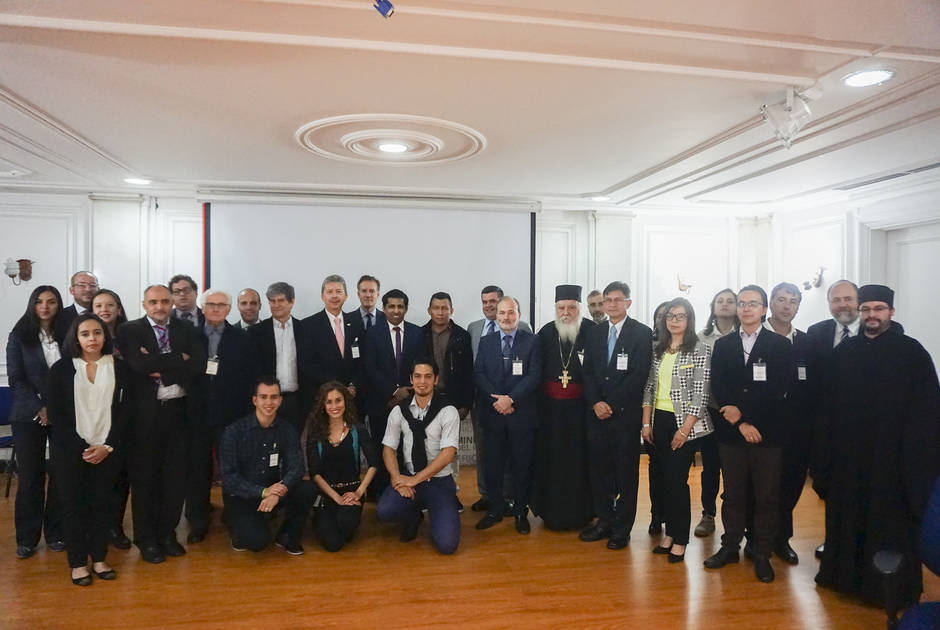 Bogotá, 28 September 2016 – Representatives from the major religious communities in Ibero-America gathered from 26 to 27 September 2016 in the Colombian capital at the 5th Ibero-American Interreligious Conference. Youth representatives and religious leaders at the conference expressed their concerns in the “Bogotá Declaration” about achieving the Sustainable Development Goals and reiterated their willingness to work together towards these goals. The document will serve as a resource for the policymakers meeting at the 25th Ibero-American Summit of Heads of State and Government, which will take place in Cartagena, Colombia, on 28 and 29 October 2016.

The Declaration, which reaffirms “the role of religions as strategic partners for peacebuilding and for the implementation of the Sustainable Development Goals (SDGs) that focus on youth, entrepreneurship and education,” also touches on issues related to education, work, entrepreneurship and gender equality, among others. Furthermore, it calls on faith communities to create and strengthen Interreligious Youth Networks, and to also create an Ibero-American Interreligious Working Group on Youth Policy.

During the inauguration of the event, Ambassador Álvaro Albacete, Deputy Secretary General for External Relations at the International Dialogue Centre (KAICIID), highlighted the importance of collaboration among religious leaders, policymakers and international organizations for finding solutions to current problems. “As an intergovernmental organization, we have seen the fruits of working with religious leaders. We have witnessed in countries from Iraq to Nigeria and from the Central African Republic to Colombia how religious communities are committed to peace, education and development in their communities. By working in a coordinated manner with religious leaders, by taking into consideration their experience and influence, it is our societies that benefit.”

“The Latin American and Caribbean Council of Religious Leaders continues to call on religious leaders in the region to become leaders themselves and their communities in the implementation of the SDGs. This agenda is universal, it unites us all, including religious leaders from the Iberian Peninsula, since these are global goals. The SDGs are directly connected to young people because they will be the main beneficiaries,” explained Elías Szczytnicki, Secretary General of Religions for Peace Latin America and the Caribbean.

The recommendations were delivered to the Ministry of Foreign Affairs in Colombia, with the request that they be shared at the 25th Ibero-American Summit of Heads of State and Government focusing on “Youth, Entrepreneurship and Education”.

The meeting brought together religious youth leaders, representatives from religious educational organizations and national and international officials. It was organized by Religions for Peace Latin America and the Caribbean, the Stable Working Group on Religions (GTER) and the Ibero-American General Secretariat (SEGIB), with the support of the Government of Colombia and the Organization of Ibero-American States for Education, Science and Culture. Since 2011, each Ibero-American Summit of Heads of State and Government has been preceded by an Ibero-American Interreligious Conference, the conclusions of which contribute experiences and opinions on the issues discussed at the leaders’ meetings.