The Human Responsibility of Hate Speech 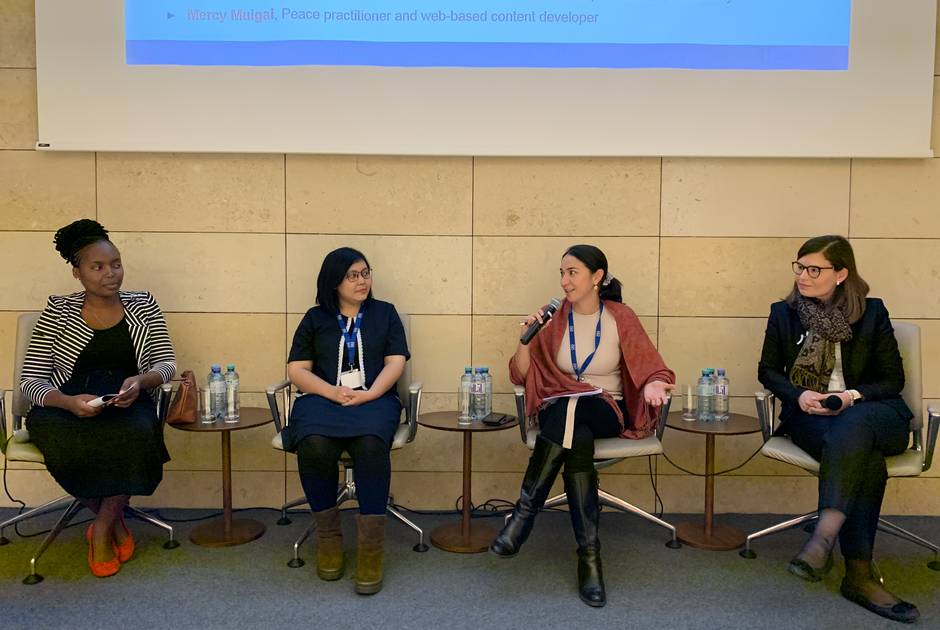 As part of its newly launched programming on hate speech prevention, The International Dialogue Centre (KAICIID) and its partner the International Partnership on Religion & Sustainable Development (PaRD) hosted a panel discussion on Hate Speech in the Digital Age.

Held in the context of International Human Rights Day on December 10, the event welcomed speakers and panellists with a background in digital media and online communications.

Opening the panel, PaRD representative Sadhvi Bhagawati Saraswati pointed to two components of the digital age which she believes have led to the rise in hate speech – anonymity and the separation of individuals by electronic screens.

“These two elements are incredibly potent ways to get people to act in heinous ways to each other”, she said. “The ramification of words leads directly to the violation of people’s human rights. It leads to marginalisation, discrimination, exclusion, but it also leads to violence and killing”.

“You have pressure from the boss, from the company itself, from the public and the government. You also have the pressure of publishing before other media. So you draft terrible headlines and write stories which lead to dangerous misunderstandings,” she said.

However, according to Gauxachs, digital tools are also emerging to help journalists and the general public separate fact from fiction. Platforms like Tin Eye and Serelay help users identify whether images have been altered, as well as authenticate content, time and location. Investigative journalist sites, such as Bellingcat, offer fact-checking and research tools.

Nevertheless, Gauxachs argues that tools alone are not enough – internal and external monitoring as well as education are desperately needed. “If we have tools and we don’t have education or the training to use these tools, they won’t work,” Gauxachs said.

She pointed to two initiatives which have tried to address these issues – the first, The Ethical Journalism Network has developed a five-point test to help journalists identify and contextualise hate speech. It also provides accountability guidelines and resources, as well as a free webinar series on conflict sensitive journalism.

The second, “Be the Key”, is a student-run online campaign at the University Ramon Llull in Barcelona which raises awareness on hate speech and Islamophobia and offers helpful tips to prevent it.

Panellist Mercy Muigai agrees that digital awareness campaigns are vital to educate people on the harms of hate speech. Muigai has used her background in web-development and online platforms to launch a number of social media campaigns. Most recently, she invited five Kenyan universities to post photos of students holding placards with messages of peace. The students who posted photos with the best online reach got an award.

Muigai says that the ideas for her campaigns are designed to be simple and easily replicable.  “I asked myself, why can’t we tap into this attention that people give social media? We can use it for something positive.”

Also attempting to turn popular online platforms into a constructive way to reach young people, is KAICIID Fellow Zon Vanel from Indonesia. Concerned about the violent language and behaviour she was witnessing among youth, particularly within the online gaming community, Vanel used her KAICIID small-grant funds to develop her own game called Dialogic, which equips users with skills in conflict mediation and peacebuilding. The game is available for download from Google Play.

“Gaming habits can change people psychologically (cognitive, affection, behaviour)”, Vanel said. “Why are there no online games that promote peace?”

Vanel created five different mythical characters for the game, who find themselves in various situations of conflict. Players complete the game by solving conflict in a peaceful way.

Saraswati says that these attempts to combat online hate speech are the duty of each and every individual, in order to protect human rights and dignity.

“We can no longer hide behind ‘oh it was just my words. I didn’t do anything. I just said something’”, Saraswati said. “Human rights are not just something I get. Along with human rights we have human responsibilities. And it’s our responsibility to ensure that the rights of our sisters and brothers, of every race, religion and colour are not violated.”