Hospitality and Human Encounter: Keys to Success in Diplomatic Initiatives 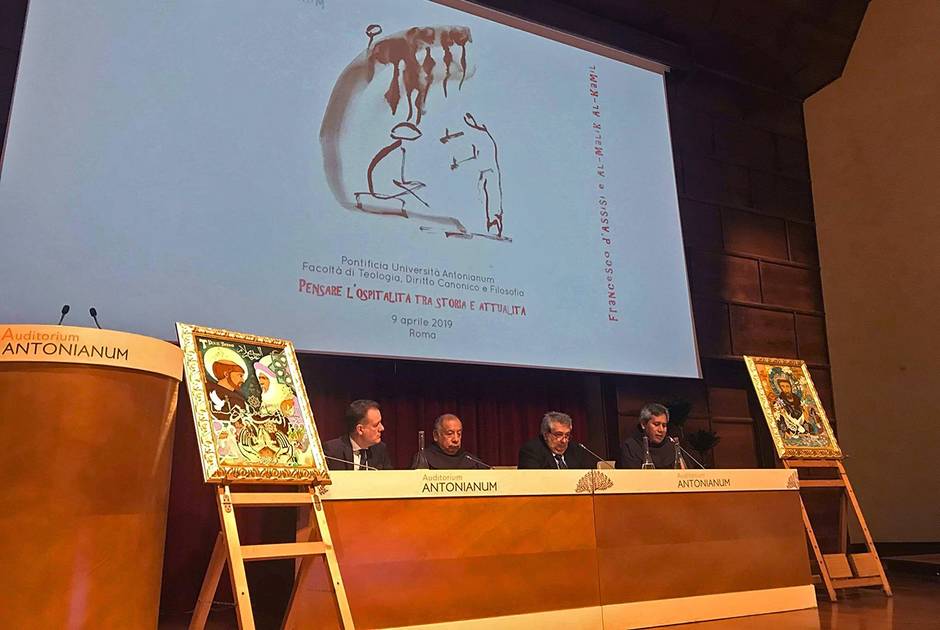 At a conference in Rome to commemorate, 800 years later, the encounter between Francis of Assisi and Sultan Al-Malik Al-Kamil at the beginning of the crusades, Ambassador Álvaro Albacete, Deputy Secretary General of the International Dialogue Centre (KAICIID), highlighted the human dimension of the meeting of eight centuries ago as its key to success then and as a very important element in different diplomatic initiatives of today. The conference was organized by the Pontifical Antonianum University of Rome.

“One of Francis' messages was that war, the destruction of mankind, cannot be the answer. This is undoubtedly a humanist message, which promotes outreach to other cultures, religions and civilizations,” said Ambassador Albacete during the symposium that revolved around the encounter between the Saint and the Sultan as an emblem of overcoming barriers between peoples, cultures and religions, inspiring dialogue and hospitality.

The Deputy Secretary General explained that although currently most countries have a secular state which separates policy and religion, both sectors collaborate to achieve common objectives. In this context, he drew parallels between the meeting between Francis and the Sultan and KAICIID’s creation, when in November 2007 Pope Benedict XVI received late King Abdullah bin Abdulaziz of Saudi Arabia at the Vatican.

“It was an historic meeting, marked by hospitality on both sides. Hospitality by the Pope, who welcomes the meeting, and receives the Saudi King generously, evincing esteem and deep respect for Muslim believers. And hospitality on the part of the Saudi king, who despite being the visitor, shows his respect and understanding. It is a meeting that transcended a mere "reception" and ventured into hospitality, sharing a common vision of peace through the promotion of interreligious dialogue.”

And just as the meeting between the Sultan and Francis initiated missions in places like Morocco and Tunisia, the outcome of the encounter between the Pope and the King of Saudi Arabia was the International Dialogue Centre, an international organization with some historical features, both due to its mandate and intergovernmental nature, as well as its structure, in which religious leaders and policy makers work together to achieve their mission.