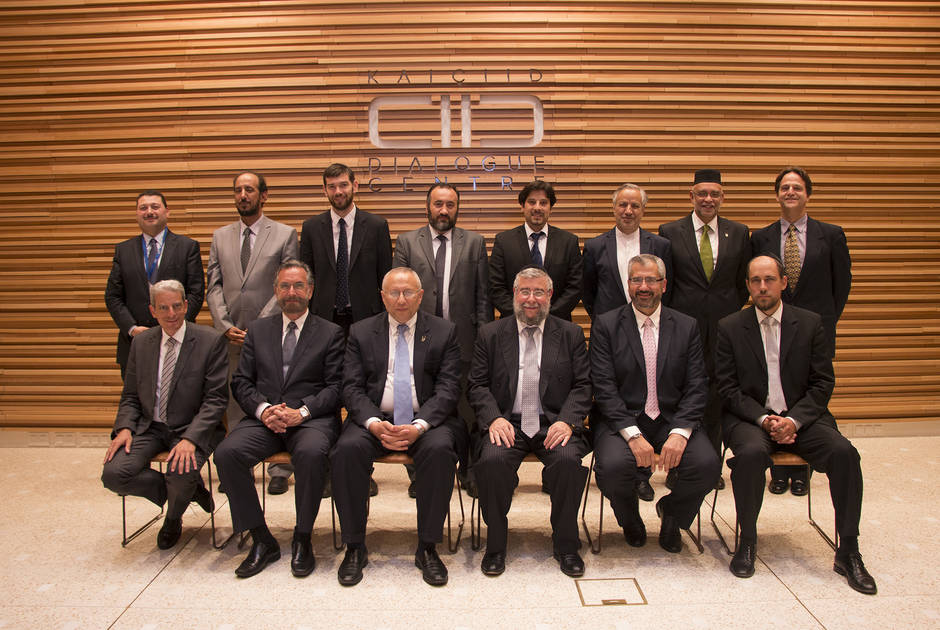 Prominent Jewish and Muslim religious leaders and officials launched a ground-breaking platform to support religious freedoms for Muslim and Jewish communities across Europe. The group began their discussions at a workshop held in Vienna on 27 August 2015, hosted by the International Dialogue Centre (KAICIID), which now concluded with the formation of the Muslim-Jewish Leadership Council.

The newly-founded Muslim-Jewish Leadership Council, or MJLC, is the first European platform for Muslim leaders and Jewish religious authorities to proactively advocate the protection of religious freedom in Europe.

The group will also support education, information exchange and coordinate swift responses on a “hot-line” basis for issues that arise locally, nationally or at a European level.

The Conference of European Rabbis, Islamic Relief Worldwide, and the Islamic Council for the Federal Republic of Germany launched the MJLC.

Established to promote greater understanding and respect for minority religions, the MJLC will enable information exchange about the local and national communities’ needs, concerns, challenges and the day-to-day experience of living a minority religious identity in Europe. The Muslim and Jewish communities share a common heritage, and have been connected by many bridges in the past. The Council will serve to build more bridges between and among these communities in future.

Stressing the historical significance of this first common platform for European Muslims and Jews, Ibrahim El-Zayat, past chairman of Islamic Relief Worldwide, a co-convener of the Council, stated that “the MJLC is urgently needed as we see repeated attempts to curtail the religious freedoms of certain minorities. As religious believers, we have to support the religious freedoms of minority religious communities. History also tells us that when one community’s rights are constrained, soon other communities will face similar restrictions in the future. When we advocate together, we can always preserve our rights. When we remain isolated, we lose the right to practice our faith in full”.

Detailing the MJLC’s goals, Rabbi Pinchas Goldschmidt, MJCL co-convener, the President of the Conference of European Rabbis and Chief Rabbi of Moscow, said that the Leadership Council will “serve as a source of authoritative information about the juridical basis of our religious practices. We can develop innovative and creative approaches to sustainably practice our religious values. Through outreach and advocacy the Leadership Council wants to win the trust and support of young people and offer them a path that allows them to thrive in Europe and to lead fulfilled lives of faith.”

Statement on the Refugee Crisis in Europe

On the day of the Council’s foundation, the Muslim-Jewish Leadership Council issued its first statement:

The refugees entering Europe urgently need shelter and support. We commend the many private initiatives by individuals, religious communities and other groups that are actively providing refugees material and social support. For its part, the Muslim-Jewish Leadership Council will coordinate and mobilize resources within its networks to offer support for refugees in Europe. We urge European policy-makers to undertake every effort to ensure refugees’ safety.

The 2016 meetings of the MJLC are scheduled for Winter and Spring 2016.

At the request of the participants, the initial workshop that led to the Muslim-Jewish Leadership Council meeting was hosted by KAICIID.  KAICIID Spokesperson Peter Kaiser said, “We are very pleased to be the host for this historic launch and to facilitate bridge building between these communities across Europe. It is part of our core mandate to bring together religious leaders from different religions to work on common issues.”

Islamic Relief Worldwide is a charity organised under UK law that serves as catalyst and coordinator for many relief projects around the globe, in which members of the Islamic Relief family of charities collaborate. Inspired by Islamic humanitarian principles, it seeks to help people in need in any part of the word irrespective of their colour, creed or race.

About Conference of European Rabbis

The Conference of European Rabbis, one of the first European organizations, was founded in 1956, to re-establish the European Jewish communities following the devastation of the Holocaust. The Conference’s mission is to strengthen the voice of the Rabbis of the Jewish Communities of Europe in transmitting the tradition of their fathers to the next generation of Jewish Europeans, in defending religious rights, and welcoming everyone who is interested in protecting and safeguarding the Jewish heritage of Europe.

The International Dialogue Centre (KAICIID) is an intergovernmental organization based in Vienna that promotes dialogue among policymakers and religious leaders for peace-building and to enhance understanding and cooperation between people of different cultures and followers of different religions. The Centre’s activities in interreligious dialogue bridge animosities, reduce stereotyping, and instill mutual respect between religious communities.  The Council of Parties includes Austria, Saudi Arabia, and Spain. The Holy See is the Founding Observer. Prominent representatives from five major world religions make up the nine-member Board of Directors. The Board designs and supervises the Centre’s programs.