The Gifts and Calling of God are Irrevocable 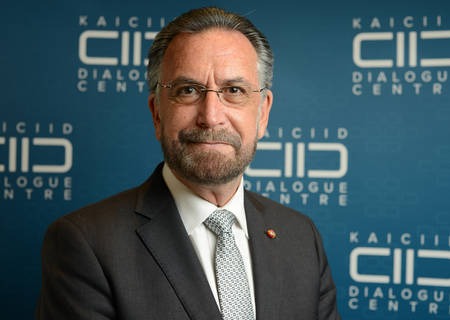 Chief Rabbi David Rosen spoke on setting the agenda for Jewish-Christian conversation in light of the 50th Anniversary of Nostra Aetate at Cambridge University on 16 May, 2016.

Rabbi David Rosen was the Chief Rabbi of Ireland and the senior rabbi of the largest Orthodox Jewish Congregation in South Africa. Today he is one of the most prominent Jewish leaders in the field of interreligious affairs.

Fifty years ago, the Second Vatican Council published an epoch-changing document on relations with Jews and Judaism entitled ‘Nostra Aetate’, which means, ‘In Our Time’. It symbolised a transformation in Jewish-Christian relations and, according to a leading American campaigner against antisemitism, Fr Edward Flannery “terminated in a stroke a millennial teaching of contempt of Jews and Judaism and unequivocally asserted the Church’s debt to its Jewish heritage.” Most of all it ushered in a new era, fresh attitudes, and a new discourse never previously heard in the Catholic Church concerning Jews. The concept of a dialogue now entered the relationship.

Five decades later, the Commission of the Holy See for Religious Relations with the Jews issued (December 2015) a new document, ‘The Gifts and Calling of God are Irrevocable’, which sets out a theological agenda for future discussions.

In particular, ‘The Gifts and Calling of God are Irrevocable’ tackles a dilemma at the heart of the Christian understanding of Judaism. On the one hand, ‘Nostra Aetate’ states that “the Church is the new people of God” while, on the other, “the Jews remain most dear to God because of their fathers, for He does not repent of the gifts He makes nor of the calls He issues (cf. Romans 11:28-29)”.

The crucial theological question in today’s relationship is: to what extent can Christians view Judaism as valid in its own terms and vice versa?

The Pontifical Commission for Religious Relations with the Jews and the Woolf Institute invite [us] to discuss key theological questions arising from the document.

One topic which has been raised for examination concerns salvation. At the new document’s launch Cardinal Koch said that its theological centrepiece is that Jews can be saved while not believing in Christ and that this “remains an unfathomable mystery in the salvific plan of God.” “Since God has never revoked his covenant”, the cardinal said, “so there cannot be different ways of approaches to salvation through God. There is only one God, the God of Israel, revealed in Jesus Christ. How salvation will be possible without a belief in Jesus Christ is a divine mystery that cannot be resolved by human beings, but [that] Jews are part of God’s salvation is beyond theological discussion.”

From a Christian perspective, this requires reflection on the intrinsic relationship between Christianity and Judaism and also on the survival and vitality of Judaism for more than 2000 years – is this the 'mystery of Israel', upon which Paul reflected in his Epistle to the Romans?

Questions also need to be considered by Jews: What was the divine purpose behind the creation of Christianity? What are the implications for Jews that as a result of the Jew Jesus, two billion Christians now read the Jewish Bible? Equally important for Jews to consider is the significance of covenant, promised to Abraham and revealed to Moses.  Is it possible for Jews to create the theological space for Christians to possess their own special relationship with God, affirm Christian truth claims and see their reflection in a Jewish mirror?

The purpose of this gathering is for you, one of the world’s leading thinkers in Jewish-Christian Relations, to reflect on relations between Christians and Jews today and to help to set an agenda for ongoing Jewish-Christian conversation.  In recent years there has been a renewed energy in the Christian-Jewish encounter, especially between Catholics and Jews, and, like you, the Pontifical Commission and the Woolf Institute are keen to perpetuate the momentum.