Fostering Common Citizenship Among Christians and Muslims in Arab Societies 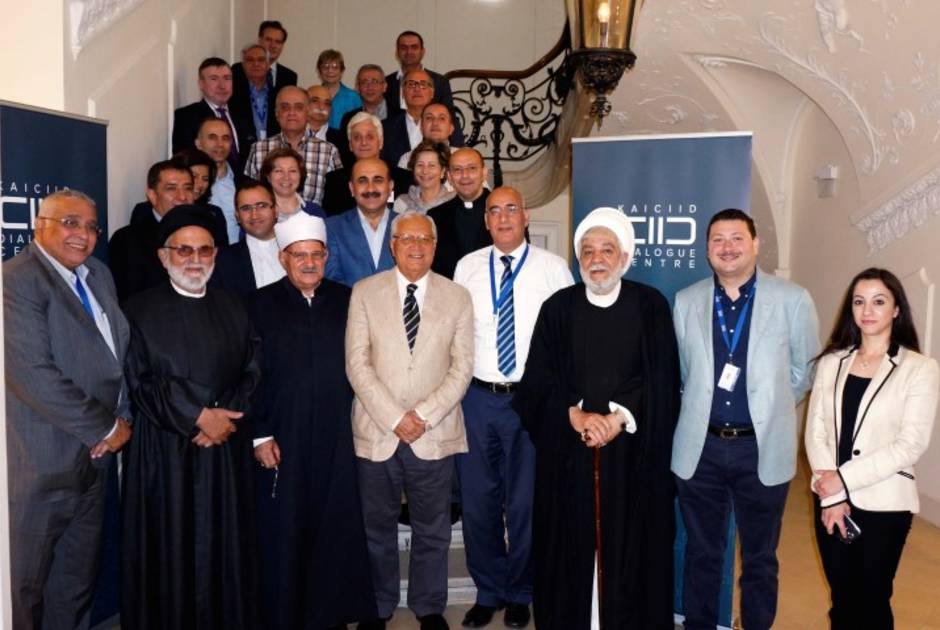 During a two-day consultation convened at the KAICIID Dialogue Centre in Vienna from 20 to 21 June 2014, 25 religious, academic and civil society actors from several Arab countries—including, Egypt, Iraq, Jordan, Lebanon, Palestine, and Syria—convened to discuss means to strengthen social cohesion and the common understanding of citizenship among Muslim and Christians in Arab societies.

Some Arab societies are witnessing violence and political conflicts, which gravely threatens to weaken the region’s social and cultural fabric. The urgency of the situation motivated this meeting which brought together many of the religious, inter-religious, and civil society institutions currently engaged in supporting and strengthening peace building and dialogue in the Arab world.

In the opening session, Dr. Muhammad Sammak, KAICIID Board member, emphasized that citizenship guarantees equality, freedom, human dignity and the rule of law. “Such a civic state does not contradict Islam”, added Dr. Sammak.

During two days of thorough deliberations, the participants have presented different modalities of inter-religious, humanitarian and civil society cooperation at national and regional levels. The emphasis was on identifying the best practices and lessons learned. They agreed on the following recommendations:

In his closing remarks to the consultation, KAICIID Secretary General Faisal Bin Muaammar, noted that in the midst of conflict, dialogue is better suited to building peace than any other means. “All of our relations, between people, between groups, between states, depend upon trust. Trust results from dialogue that is inclusive, especially dialogue that brings together religious leaders, governments, teachers, and civil society towards strengthening the common citizenship for Muslims and Christians in the Arab world based on equality and respect for human rights.”

About The Dialogue Centre

The King Abdullah Bin Abdulaziz International Centre for Interreligious and Intercultural Dialogue, or KAICIID, was established as an international organization in November 2012 to facilitate dialogue among followers of different religions and cultures. KAICIID organizes training, workshops, conferences and educational programmes, and support the mediation of conflict. KAICIID carries out activities under the oversight of a multireligious Board of Directors and its Council of Parties, comprised of the governments of Austria, Saudi Arabia and Spain, as well as the Holy See, the Founding Observer.

KAICIID was created specifically to facilitate collaboration between governance, religion and civil society, to mobilize and support the world’s religious leaders to act for the common good.

The participants and institutions convened at the KAICIID Common Citizenship consultation included: the Arab Group for Christian-Muslim Dialogue; the Adyan Foundation; the Arab Reform Initiative; the Coptic Evangelical Organization for Social Services in Egypt; the Center of Christian-Muslim Studies at Balamand University; Diyar Consortium; the Forum for Religion and Cultures for Development and Dialogue; the Global Center for Justice and Humanity; the House of the Egyptian Family in Al Azhar, the Iraqi Council for Interfaith Dialogue; the Iraqi Institute for Human Rights; the Organization of Islamic Cooperation; the Middle East Council of Churches; the Pontifical Council of Inter-religious Dialogue; the Royal Institute for Interfaith Studies; the Syrian League for Citizenship; the World Council of Churches.