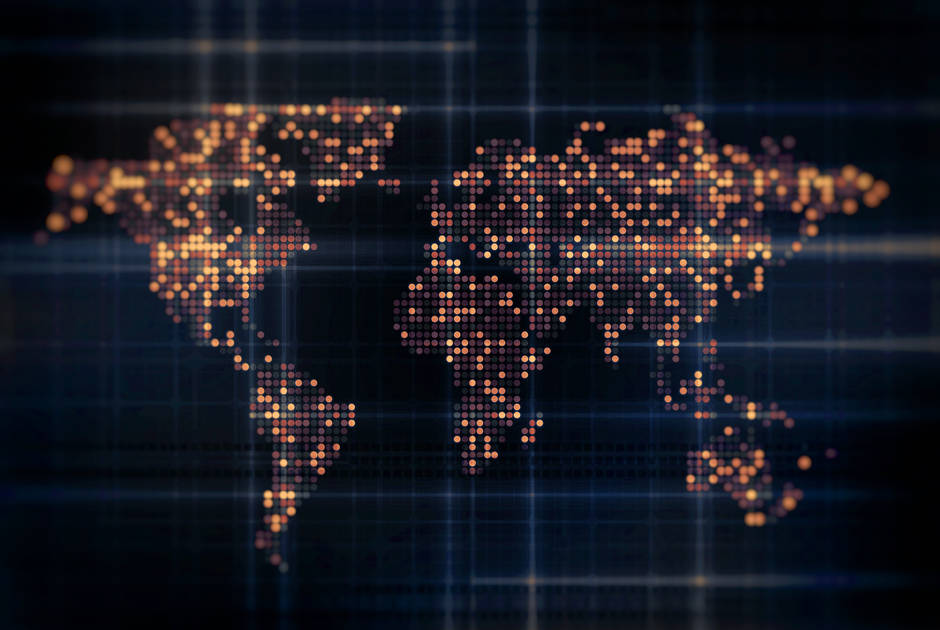 Organizers Urge Formal recognition of G20 Interfaith Forum as an

Riyadh, Saudi Arabia, Oct. 17, 2020 — Attracting an extraordinary assembly of diverse representatives from world religious and interreligious networks and communities, the seventh annual G20 Interfaith Forum concluded its meetings on Saturday after five days of sessions that addressed the COVID-19 emergencies, climate change, social, racial, and economic disparities, environmental challenges, the preservation and safeguarding of sacred sites including places of worship, and other pressing issues. Originally intended to be held in the Kingdom of Saudi Arabia, host of the 2020 G20 Summit, the conference was conducted virtually in response to the global pandemic.  Attendance exceeded 2,000 participants from more than 90 countries.

At the closing of the Forum, the organising partners; the International Dialogue Centre (KAICIID), the G20 Interfaith Association, the United Nations Alliance of Civilisations (UNAOC) and Saudi Arabia’s National Committee for Interfaith and Intercultural Dialogue, issued a joint statement calling for more robust representation at global policy making tables for religious leaders and faith-based actors.

The full statement can be found here with an excerpt below:

The five-day Forum brought together prominent religious leaders from across the faith spectrum, interreligious leaders, and distinguished members of faith-based organizations as well as government officials, senior officials of United Nations entities, opinion formers and more than two thousand participants from all over the world to consult on issues ranging from hate speech to Covid-19 to gender justice and economic displacement.

Recommendations considered during the Forum are grounded in the experience and wisdom of the world of faith and the experience and insights of religious actors and institutions. Proposals address all aspects of the global human development endeavour as framed in the United Nations Sustainable Development Goals.  Priority recommendations will be presented to the November G20 Leader Summit in Riyadh, Saudi Arabia.

A central recommendation is that the time has come for formal recognition of the religious platform of the G20 Interfaith Forum as an official engagement group in future G20 Summits.

In closing remarks, H.E Faisal bin Muaammar, Secretary General of KAICIID, called for greater alignment between religious leaders and policy makers: “The G20 Interfaith Forum has demonstrated the vast breadth and scope of the work carried out by religious actors. I would like to reiterate my call to the current host of the G20 Summit, the Kingdom of Saudi Arabia, and the next host, the Italian Republic, that full consideration be given to the inclusion of the G20 Interfaith Forum as an official engagement group of the G20 itself.”

“The depth and scope of participation this year was truly significant,” said Professor Cole Durham, President of the G20 Interfaith Forum Association and Founding Director of the International Center for Law and Religion Studies. “Never before have we seen a more urgent need for religious communities to work with political leaders to address the unprecedented and interrelated challenges facing the world today.”

The crisis posed by the COVID-19 pandemic played a central role in the discussions at the Forum.  H.E Miguel Ángel Moratinos, High Representative of the United Nations Alliance of Civilizations (UNAOC) opened the Forum, observing that this “human crisis has magnified the deep-rooted social and economic injustices and inequalities that have plagued our societies for a long time.”

Speaker after speaker noted how COVID-19 had exacerbated challenges across the entire spectrum of the UN Sustainable Development Goals.  H.E Mr Moratinos called for “a different approach driven by unity and solidarity.  But most of all by compassion and humility.”  In this context he underlined the need for “a convergence between faith actors and state actors.”

Powerful testimony as to the omnipresent threat of COVID-19 was provided by Dr Nezar Bahabri, Director of the Internal Medicine Department at Dr. Soliman Fakeeh Hospital (DSFH), Kingdom of Saudi Arabia who, despite suffering from the virus as he spoke, testified to the role of religious leaders in comforting believers and helping them observe their religion amidst social restrictions brought about by the pandemic.

Reflecting on the variety of issues addressed, Katherine Marshall of Georgetown University saw a strong common concern shared by religious actors and policy experts. Said Marshall: “In settings as diverse as concern for health care and meeting the needs of refugees and those who have lost livelihoods during the crisis, global assistance must go to those who have the greatest needs. Religious communities can point to the most urgent needs and act as watchdogs in implementation because this is their central concern and mission.” With remarkable examples of engagement of religious actors in responding to the COVID-19 emergencies, she urged that religious communities be fully engaged in the critical process of testing and distributing vaccines against COVID-19 in a rapid and equitable manner and assuring that their communities appreciate the importance of vaccination as a path forward.

The G20 Interfaith Forum seeks global solutions through a dynamic collaboration with leaders from multireligious networks and political representatives. The discussions offered vivid testimony to the need for the world’s political leaders to include religious actors in policymaking processes including notably the November 2020 G20 Leaders’ Summit in Riyadh. This collaboration builds on shared values of solidarity, coexistence and respect. Formal recommendations resulting from the G20 Interfaith Forum deliberations will be shared with G20 leadership in the coming weeks.

The Forum is the culmination of a months-long consultation process that included six regional meetings and task forces working on critical topics. It involved religious leaders and organisations, policy makers, experts and opinion formers from 70 countries on five continents – Africa, Asia, the Arab Region, Latin America, North America and Europe.

As the G20 Interfaith Forum Association looks toward its 2021 meetings in Italy, leaders are recommending that the G20 Interfaith Forum become an official Engagement Group. Independent from governments and comprised of various stakeholders of the international community, the G20 Engagement Groups host meetings relevant to the G20 discussions and currently include formal engagement groups for Business (B20), Civil society (C20), Labor (L20), Science (S20), Think tanks (T20), Urban affairs (U20), Women (W20) and Youth (Y20).  They work with wide-ranging organizations from G20 countries to develop policy recommendations that are formally submitted to G20 leaders for consideration.

In his closing remarks, H.E Bin Muaammar called for a greater recognition by policymakers of the potential of religious actors. “Religious communities are promoting strong, inclusive, green, sustainable economies, based on sharing and collaboration. They can be instrumental in educating for equality, inclusion and respect. They can advocate for considering the impact of actions on others. They are already contributing to ending poverty, leaving no one behind. They are advocating for access to basic services for all. In partnership with policymakers and civil society, they can be, and often are, powerful advocates for common citizenship, good governance, tolerance and reconciliation.”

Among leading figures joining him at the Forum were: Dr Amina Mohammed, Deputy Secretary General of the United Nations; HE Abdullatif Al-Sheikh, Minister of Religious Affairs in the Kingdom of Saudi Arabia; HE Dr Mohamad Al-Issa, Secretary General of the Muslim World League and President of the Organization of Muslim Scholars; His All Holiness Patriarch Bartholomew, Archbishop of Constantinople-New Rome and Ecumenical Patriarch; − His Eminence Sheikh Dr Shawki Ibrahim Allam, the Grand Mufti of Egypt and President of the General Secretariat for Fatwa Authorities Worldwide; His Holiness Catholicos Aram I Keshishian, Patriarch of the Catholicosate of the Great House of Cilicia; His Eminence Cardinal Miguel Angel Ayuso Guixot; President of the Pontifical Council for Interreligious Dialogue and a KAICIID Board Member;, Chief Rabbi Pinchas Goldschmidt, President of the Conference of European Rabbis and His Excellency Dr. Hassan Nadhem, Minister of Culture, Tourism and Antiquities in Iraq;

Also contributing were: Rev Kosho Niwano, President-designate of Rissho Kosei-kai and Executive Committee Member of Religions for Peace and KAICIID Board Member; Dr Kezevino Aram, President of Shanti Ashram and KAICIID Board Member; Professor Azza Karam, Secretary General of Religions for Peace; Elder David A Bednar, Quorum of Twelve Apostles of the Church of Jesus Christ and the Latter-day Saints; Rev Kjell Magne Bondevik, former Prime Minister of Norway and Founder and Executive Chair of the Oslo Center and Anthony Abbott; and Former Prime Minister of Australia and patron of Worldwide Support for Development.

The G20 Leaders’ Summit brings together world leaders to discuss international economic cooperation and broader social concerns. The participants in the G20 Summit are Heads of State or Government from 19 countries and the European Union. In addition, leaders of guest countries and representatives of invited regional and international organizations participate in the Summit.

Convened each year in the host country of the upcoming G20 Summit, the G20 Interfaith Forum offers an annual platform where a network of religiously linked institutions and initiatives engage on global agendas. The goal of the meetings is to contribute meaningful insight and recommendations that respond to and help shape the G20 Summit and thus global policy agendas. The 2020 G20 Interfaith Forum agenda builds on the UN Sustainable Development Goals and additional issues of social cohesion, equity, and sustainability that have been a central underlying theme for the Forum from its inception.