A Faith-Based Call to Protect the Vulnerable 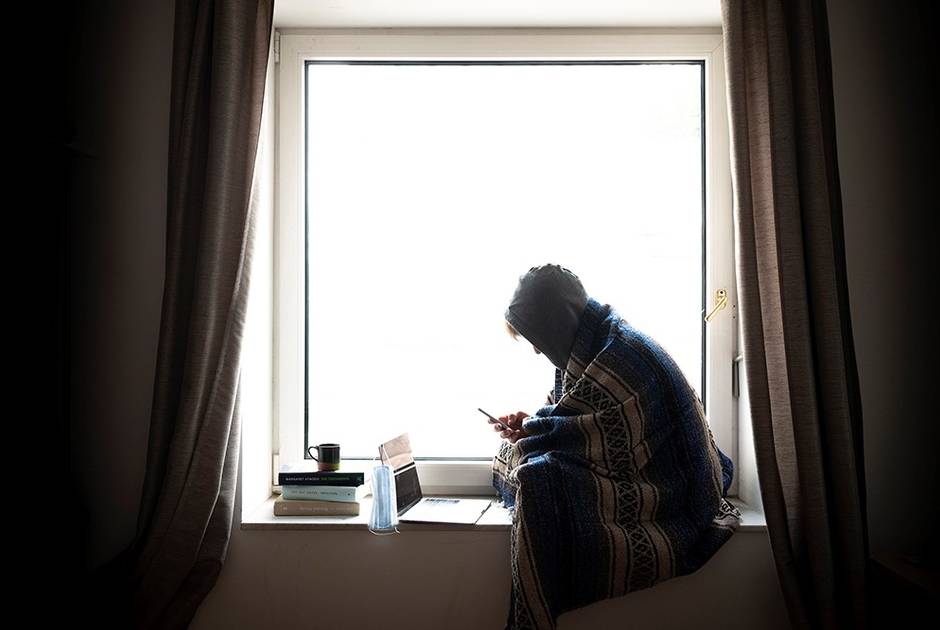 Faced with the mounting human, economic and social toll of the COVID-19 pandemic, members of KAICIID’s multireligious Board of Directors met virtually on 30 June to discuss the role of faith leaders and communities in “protecting the vulnerable” created by the crisis.

The speakers, Dr. Kezevino Aram, Prof. Dr. Allahshukur Pashazade, Chief Rabbi David Rosen, Dr. Mohammad Sammak and Reverend Richard Sudworth, though from different faith traditions, geographical locations, and even time zones, were united in their conviction of the importance of religious communities in providing charitable, pastoral and spiritual support to those in need as a result of this crisis, and called for greater support for interreligious cooperation through the work of organizations like KAICIID.

The webinar followed the initiative of the KAICIID Secretary General, Faisal Bin Muaammar, who in March 2020 launched a global appeal to “protect the vulnerable” affected by the pandemic. “The COVID-19 outbreak presents humanity with an unprecedented challenge, not just for those who contract the disease, but for all those facing problems associated with its collateral effects – economic disruption, unemployment, a breakdown in care provision and the risk of social and political unrest and dysfunction. I encourage everyone to continue to find ways to fulfil the universal call of all the religions and cultures – to seek out and protect the vulnerable.”

Many countries in Asia, Africa, the Arab region and Latin America have struggled to contain rapidly-rising infection rates, which have stretched health systems beyond capacity. At the same time, in other parts of the world, early efforts have led to some success in containing the epidemic, but these efforts, which often included complete lockdowns of movement and contact, have led to different types of vulnerability, including emotional and spiritual isolation, domestic violence and abuse, and economic upheaval leading to a rise in stigmatisation and hate speech against minorities. Faith communities have been on the frontlines of providing succour and guidance to all these categories of vulnerable people.

In many parts of the world, governments who have faced previous epidemics, such as Ebola and HIV/AIDS, are relying on the networks and influence of religious communities to spread awareness of responsible behavior.

Faith communities must advocate the inherent value of human life

Speaking of her organization’s work in India, where the number of cases continues to rise, Dr. Aram pointed out how faith leaders are encouraging responsible behaviour to prevent infection: “One thing that hasn't changed between January and June is the ways that we will respond to the pandemic: physical distancing, wearing of masks, the using of the sanitisers, it seems so simple, but it's so difficult. We all know how difficult it is to ensure behaviour modification. And so, the faith communities have played a major role in reinforcing this message.”

Speaking from his experience in the United Kingdom, Reverend Sudworth emphasised religious leaders’ role in impressing upon governments the need to look beyond numbers and statistics, and to consider the inherent value of each individual human life when tackling the pandemic.

“Many of us, and many of our governments were faced with the question. Really, what I would regard as a false binary. Do we sacrifice the elderly and the physically vulnerable, or do we sacrifice the economy? And certainly at an early stage, a number of our own church leaders and other faith leaders were very keen to advocate, and present to government, the inherent value of every single person. And actually, there's a religious voice that I think will need to be maintained in this discourse, as we begin to see second and further waves of contagion – that actually we don't put a price on the head of the vulnerable, and that there is a voice of faith that wants to avoid putting people in categories where they're disposable,” said Reverend Sudworth.

Several of the panellists called upon governments and religious organizations to look beyond the virus to other, more systemic factors that lead to heightened vulnerability.

Hope and support are needed more than ever

As education and social systems came to a grinding halt, children and young people are left extremely vulnerable to isolation, deprivation and emotional instability.

“We know 1.5 billion children, for the first time in global history are out of classrooms, they are confined to their homes they can't play with their friends and in a recent study that we did with which with adolescent children in Shanti Ashram, we found that the two most dominant emotions they pointed to that they were experiencing was anger and sadness together, said Dr. Aram.

As governments struggle to cope with vulnerable populations, faith-based organizations (FBOs) have rushed in to fill the gap. Reverend Sudworth emphasised the dramatic rise in food banks operated by FBOs, and Rabbi Rosen described how Jewish communities had risen to the challenge: “I'm very encouraged and gratified to see the way Jewish social service organizations have contributed to the needs of vulnerable communities, hopefully beyond the needs of our own Jewish community.

So I would say in terms of Jewish religious social services there has been a very positive response, both internally and globally. But of course, we must never be satisfied with any response because it is never enough in the face of the urgent humanitarian crisis.”

All the panellists spoke also of the need for religious leaders to go beyond immediate physical needs, to provide hope, strength and succor to the emotionally and spiritually vulnerable.

“We need to console people, we need to increase faith in God and we need to give them hope for the future and, of course, within our capacity we also have to provide moral and financial assistance,” said Prof. Dr. Pashazade.

Religious minorities are becoming the targets of hate speech

As instability grows worldwide, and as systemic inequalities exposed by COVID-19 lead to dissatisfaction and anger, religious minorities are increasingly often becoming targets of hate speech and even incitement to violence. Rabbi Rosen described this phenomenon in the context of Jewish populations.

This phenomenon, where religious minorities are portrayed as “responsible” for the spread of infection, has a long history, and is not restricted to any one minority.

Interfaith collaboration, therefore, has a particular significance in times of crisis, as communities draw strength from solidarity to withstand the rise of social conflict and the breakdown of social cohesion.

“Being one family means that we are responsible for the other in times of pandemic. Our responsibility is to the other – in India, in the United States, in the Middle East, in Africa or wherever it is, because this whole people are brothers and sisters and one family,” said Dr. Sammak.

KAICIID has been working to support grassroots efforts of interreligious cooperation through a series of grants. Professor Mohammed Abu-Nimer described how KAICIID’s grantees are already supporting a wide range of interfaith initiatives to support vulnerable populations, from radio advertisements against hate speech, to providing food and companionship to elderly people, to aid donations for refugees in overcrowded camps.

Board of Directors
COVID-19