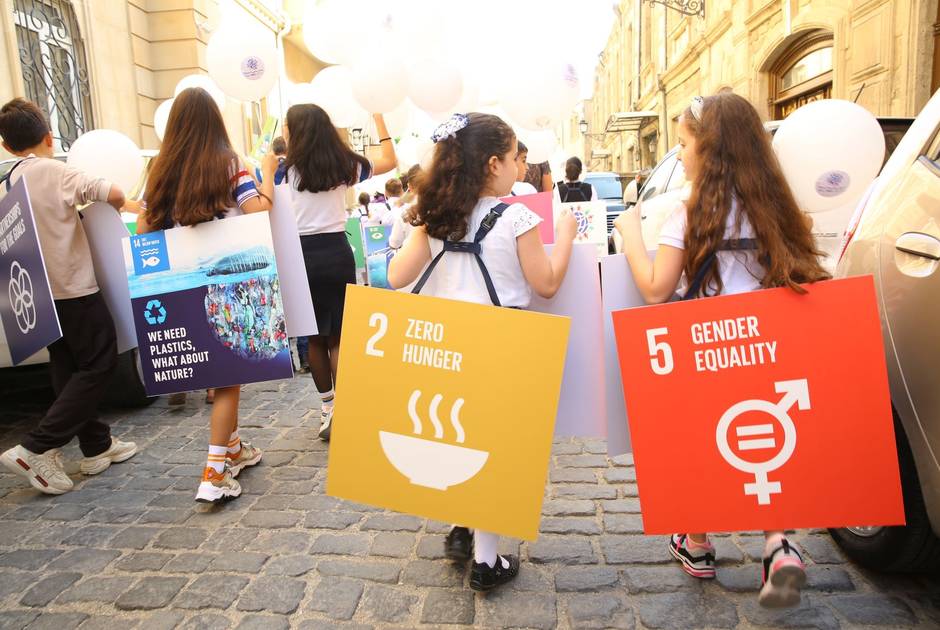 The important role played by religious and traditional actors in contributing to the achievement of the UN’s 2030 Agenda and its Sustainable Development Goals dominated the agenda yesterday during a high level virtual meeting conducted by the global peacemaking and peacebuilding organization Network for Religious and Traditional Peacemakers, the United Nations Development Programme (UNDP) and the International Dialogue Centre (KAICIID), attended by leading policymakers and faith representatives.

Their implementation suffered a major setback in the last year with the global COVID-19 virus, which caused an unprecedented disruption to the international community’s social and economic efforts while causing 3.8 million deaths worldwide and over 178 million infections worldwide.

The COVID-19 pandemic has spurred the UN member states to call for the empowerment of local actors, including women and youth and national governments to "build back better" with increased investment in social protection, including health care and education in collaboration with the private sector, civil society groups and other relevant stakeholders.

In response to the call for the further empowerment of local actors, the Network for Religious and Traditional Peacemakers and KAICIID conducted a joint online survey of the work and efforts of religious and traditional actors to accelerate the realization of the 2030 Agenda at national and local levels.

The results highlight some key and encouraging understandings of the 2030 Agenda for Sustainable Development. The survey shows that the 64 respondents have substantial knowledge and understanding of the 2030 Agenda. Respondents also highlighted how they have implemented UN targets and indicators and overall, there was a positive perception of the UN and an alignment with its core values.

Several respondents also highlighted projects in which they have collaborated with UN agencies, funds, or programmes, including the UN Development Programme and the UN Office on Genocide Prevention and the Responsibility to Protect.

In the wake of the coronavirus crisis, Bin Muaammar drew particular attention to the challenges to implementing the SDG 17, which calls for strengthening the means of implementing and revitalising the global partnership for sustainable development.

“We hope that our engagement today can highlight the vital role that faith and traditional actors can play through their networks, through their knowledge and their wisdom and leadership. We hope that this event can spark discussions about how these partnerships can be strengthened, renewed and improved as the world seeks to rebuild. We stand ready to support.”

“Promoting grassroots efforts for sustainable peace and development is a very natural mission for religious and traditional leaders as there is a strong ethical dimension to sustainable development because it is about equity,” said Ambassador Salovaara. “We know that too many inequalities exist between and within states and the COVID-19 pandemic has only made things worse in terms of injustices.”

“Today’s event aims to show not only the efforts of religious and traditional actors, which include women and youth, during the pandemic, but also their contributions to the broader 2030 agenda,” said Dr. Elsanousi. “We know that these actors play a vital role in conflict affected societies and providing humanitarian assistance, including shelter, food and education. Unfortunately, their contribution remains underutilised. To this end, greater efforts should be allocated mobilising the capacities and ingenuities of these actors.”

Myla Leguro, Program Manager of the Peace and Reconciliation Program of CRS-Philippines, highlighted the important role played by women and youth in working towards SDGs.

“Women and youth of faith have demonstrated their resilience and also their passion and commitment for service to others in practising solidarity in harnessing creative responses to address the COVID pandemic and more importantly, to nurture hope and resilience in the community. Even in the midst of the pandemic, women and youth continue to lead and participate in public conversations and dialogue about the effects of COVID-19 in their communities.”

The crucial role played by religious groups and individuals in empowering local communities was underlined throughout the virtual event.

said Rory E. Anderson, Acting Unit Chief and Policy Advisor for Africa for the Strategic Religious Engagement at the U.S. Department of State.

“For religious and traditional actors, as well as faith-based groups are really vital to peacebuilding efforts, humanitarian response and economic development, both globally and locally. This is because religious actors are closer to the communities and they carry a measure of trust and credibility that may not be as available to either governments or secular actors.”

Yesterday’s event was moderated by Owen Frazer, Mediation and Negotiation Advisor at Berghof Foundation in Berlin.