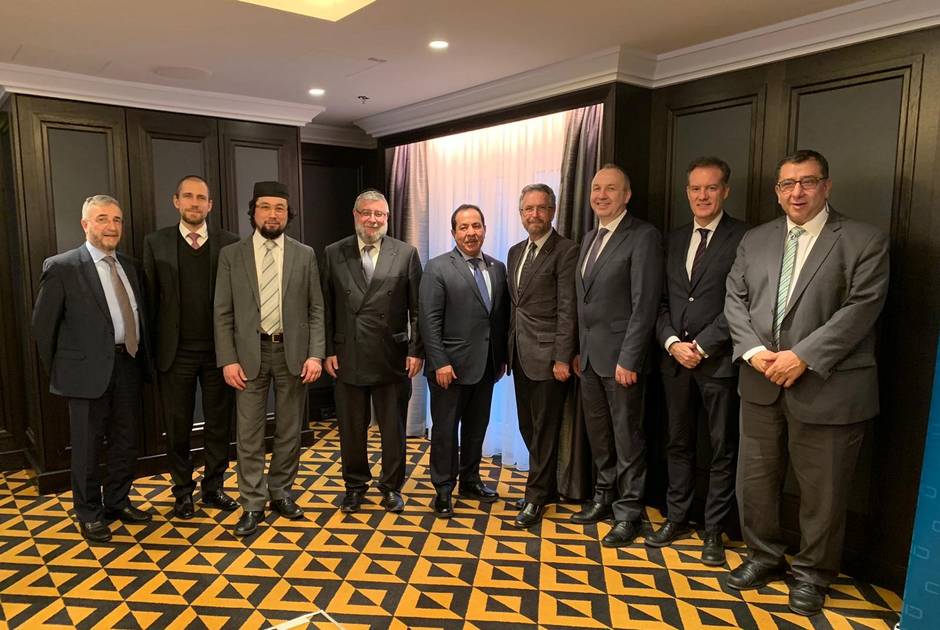 It is with deep dismay that the Muslim-Jewish Leadership Council (MJLC) has heard of recent developments in Austria which could lead to the country’s withdrawal from the International Dialogue Centre (KAICIID).

The Board of Directors of the MJLC has worked with KAICIID closely over the last three years to launch the first European network for interreligious dialogue between Muslim and Jewish religious leaders. Under the MJLC, the two groups meet, build trust, and coordinate common actions to promote a culture of respect and to protect European minority rights.

After six meetings hosted and chaired by KAICIID, the MJLC was founded as an Austrian NGO in October of last year- itself a historical moment for Austrian interfaith work. At present, the assembly comprises nearly forty representatives of Muslim and Jewish communities from twenty countries determined to work through education and advocacy to stamp out Islamophobia and Anti-Semitism and support the ongoing process of harmonizing traditional needs (such as clothing and dietary requirements) with the priorities of modern European society.

Political polarization has made Europe an increasingly difficult environment for religious minorities. Both Muslim and Jewish citizens have experienced a rise in discrimination, as well as a raft of legal measures which restrict the free practice of their religion. In Austria only last month, we witnessed a Holocaust memorial display being repeatedly defaced in a gesture of neo-Nazi intimidation. At that time, Viennese religious organizations and others came together to mend the pictures and to guard against further damage in a move which did credit to Austrian society.

Nonetheless it is clear that Muslim and Jewish communities need every opportunity to stand in solidarity and to work with European national and international organizations to ensure our perspectives are taken into account. The potential of networks like the MJLC is vast, but MJLC entirely relies on the support and coordination of reliable, neutral and generous organizations like KAICIID which act far beyond the normal realm of their individual member states. It is a shame that KAICIID, which cannot by nature represent any country’s foreign policy, has once again been pulled into local political manoeuvres ahead of the coming elections, which have nothing to do with its core mission.

We call upon the Austrian authorities to reconsider their support for the Centre, the loss of which would leave a gaping hole in Austrian interfaith work which other organizations would be hard-pressed to fill, and would damage the trust between the state and those faith communities which have been helped by KAICIID’s work.