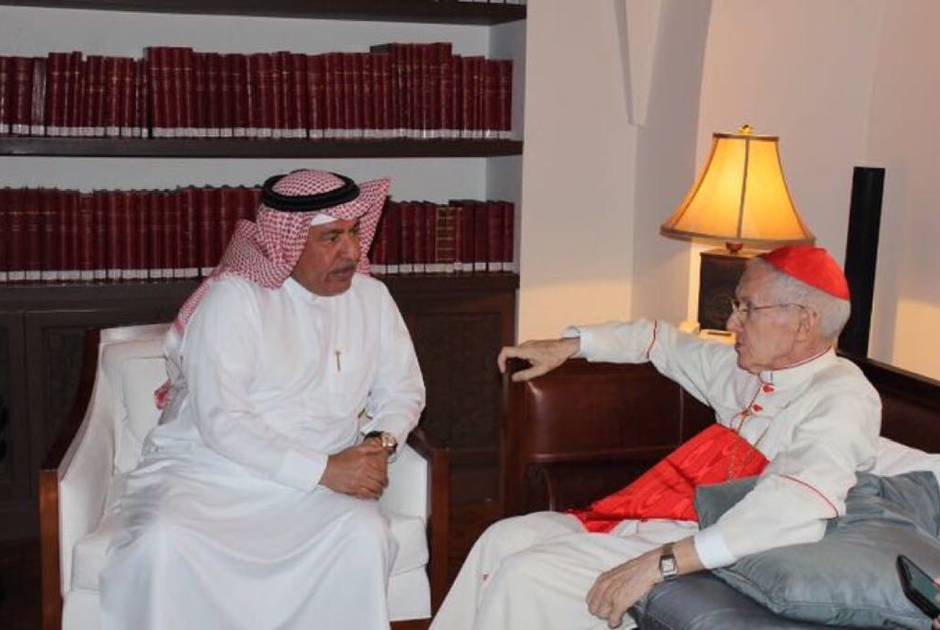 Cardinal Jean-Louis Tauran was known the world over as a pioneer of interreligious dialogue. But I was also privileged to call him a dear friend and mentor. I first had the privilege of meeting him in Beirut, in 2010, two years prior to the establishment of the International Dialogue Centre (KAICIID) in 2012. At this first, and I would say historic meeting, the Holy See gave its commitment as a Founding Observer to this unique intergovernmental organization, in addition to the Founding States; the Kingdom of Saudi Arabia, the Republic of Austria, and the Kingdom of Spain. His words of support then for the work and vision of KAICIID made a deep and lasting impression on me.

Over the past six years, I have worked closely with Cardinal Tauran: at public events and conferences all over the world, but also in private discussion and consultations. We worked together to build KAICIID: a unique interreligious and intergovernmental organization which brings together, besides the Founding States, representatives of Buddhism, Christianity, Hinduism, Islam and Judaism, under one roof.

This was no easy task, and would have been impossible without His Eminence’s unwavering support.

The last time I met Cardinal Tauran was at my home in Riyadh, Saudi Arabia. His Eminence was leading the highest-ranking delegation from the Vatican ever to visit Saudi Arabia. This was a proud moment for all of us who have dedicated our lives to promoting Christian-Muslim dialogue. He honoured me with his presence at my home, together with Bishop Miguel Ayuso, Secretary of the Pontifical Council for Interreligious Dialogue and KAICIID Board Member since its inception, and Monsignor Khaled Akasheh, a member of the KAICIID Advisory Forum. We spent several hours discussing the Centre’s past, current and future collaboration with the Holy See. He reiterated to me his deep-rooted belief in interreligious dialogue, and his belief that harmony and coexistence between Christians and Muslims was not only possible, but would lead to greater gains for all our civilizations, as it has done in the past. He spoke of the need to teach coming generations of our shared heritage, so that people would remember that plurality is not a threat, but a gift.

With his passing, the world has lost a great role model, and we at KAICIID have lost a dear friend and guide. His friends, among whom I was proud to count myself, will find solace in the fact that his work has left the world a richer, more respectful place, and his legacy will undoubtedly endure. His loss is a great one indeed, but everyone who had the honour of meeting Cardinal Jean-Louis Tauran carries with them the memory of this great man, and the inspiration to continue his life’s work of promoting harmony through interreligious dialogue.