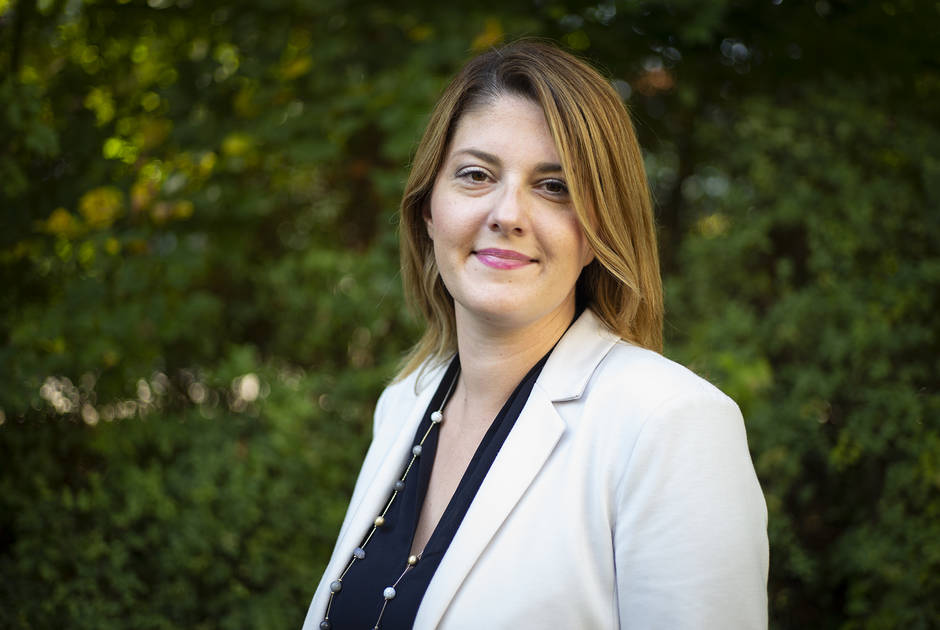 Dr. Aleksandra Djurić Milovanović is a graduate of the KAICIID Fellows programme and Research Fellow at the Institute for Balkan Studies of the Serbian Academy of Sciences and Arts

From your research, how do you think religion can affect integration processes?

From my perspective, the link between religion, religious affiliation and their role in the migration crisis is quite neglected. Both religion and integration are very complex terms, hard to define, and very context oriented. In different contexts the term integration can have different meanings. If we are talking about integration of predominant Muslims in predominantly Christian countries in Europe, the situation is even more complex. Both terms can be very hard to define because there is not just one religion; we are talking about different churches, different religious communities. We are also talking about people coming with more than one religious identity. They can predominantly belong to one religious group, but we also have to identify diversity and minorities among them. When we speak about integration and religion we need to take this pluralism into consideration.

Besides recognizing diversity among religious communities, we have to think about how long the newcomers will stay in a country. Sometimes, like in Serbia, this is one of the stations on their journey and they don’t want to stay more than a couple of months, because they are on their way to other countries. In this context, integration is not the same as it would be in Germany or Austria, because integration does not have an impact on this group. Nevertheless, we have to adapt and try to find a solution for those people who will be staying for a short period of time but not permanently. We have to find how we can help them integrate to a certain level, maybe for a year or two.

Religious communities can make an important contribution. Providing humanitarian aid (food, shelter, medication) from the very beginning through different faith based organizations is something that many religious communities have been doing since 2015.

Based on my research, faith based organizations have a very important role, a crucial role in providing instant help. I understood through interviews I conducted with them, is that the difference from other humanitarian organizations, is that their efforts are initiated by religious communities themselves. They do not need to draft projects. They have instant access to providing food and funds from resources often gathered by the community.

There are differences from country to country and it is different if someone is an asylum seeker or if it’s on its way to another destination. Based on these definitions, religious communities and religion can act differently and provide different answers to those who are in need.

Overall, solidarity is the key. Openness that comes from religion is very much specific to religious communities. The values of helping the Other, welcoming the stranger, are theologically present among them. This makes a huge difference between religious organizations and those who are not.

From your research, how can interreligious dialogue contribute to integration?

IRD is usually triggered by situations in which people start to collaborate. Some religious communities, which I visited for several months, had never collaborated before. There was no dialogue between them until they started collaborating on a project related to migrants. This situation can also initiate IRD.

IRD can help integration; but, also situations where people need integration can initiate IRD. Sometimes people did not know each other, did not collaborate. But now after doing something that goes beyond their own religious differences and national or ethnic boundaries, IRD begins to work without being forced. It spontaneously starts to be a unifying force in response to some difficulties that communities are facing.

What I have seen from my research, is that IRD in these kinds of situations is triggered by difficulties people encounter. Then communities start to work together and in these situations lots of things can happen. Nobody questions religious identity. Somehow this is outside of it all. And this is the true value: When they explain how they worked together, you see how this situation made them close – how one situation unrelated to religious dialogue triggers other positive results, like a bridge.

If we speak about IRD, it is very difficult to include everybody. Sometimes you can neglect or exclude a community that wanted to be included.

Also, not all people are equally religious. You cannot say you are doing IRD by only bringing people together, which is superficial. You need to go deeper, into the shared values. You have to go beyond the theological aspects of any religion towards social cohesion and moral codes.

It is also important that religious leaders who are involved, talk about universal issues, so these values can be helpful in better understanding their societies. All people have and share very similar aspects that bring them together. IRD only makes sense by emphasizing this.

You explained the relation between religion and integration mostly from the receiving community, but how does religion affect integration from the migrant perspective?

It mostly depends on the country they are going to. If they arrive in predominantly Christian countries, it can be a bit difficult to express their own religious identities. We had a project called “like a living book,” where we spoke with families of migrants as if they were a book. And I noticed one of the dangers where religion can be misused: people started converting to various Christian communities. Is it possible that they don’t feel welcome if they say they are Muslims? Is it possible that they get baptized to feel more welcome? Or do they have a need to stay quiet about their religion? They were converting without having an idea of what that community is. For me this could be one of the problems in the future.

We cannot suppress someone’s identity because it is not a desirable identity. He may become what is considered to be “desirable,” but inside himself, he will not be a true believer.

We have to find a balance between openness, between interreligious dialogue, inclusion, and the possibility to hear the voices of the refugees, of those people that maybe from their fears, not knowing how to do it better, choose shortcuts trying to reach integration.

This can be a very sensitive issue if we don’t find a good balance of what can we expect from a host country. Religious communities have to observe these situations very carefully and not misuse migrants and vice versa.

I see that this is crucially connected to issues where religion and integration overlap and we have to be very careful. We, academics, have to research on how this can develop. We don’t know what they expect from the societies where they are coming to live. We need to hear what they think so we can prepare a good response.

Does the answer on hearing refugees lie on academic research?

Only through collaboration between various sectors, practitioners and academics, can you have a more detailed picture. The academic lense is not enough – it is important for future policymaking, but it is important to take into account experiences that go beyond your own research. Only by combining experiences from different people who work with migrants, with people that are in daily contact with them, can we have a clearer image about the situation, which is changeable from country to country.

Migrants are often invisible. Sometimes even those who work with them don’t ask them about their experiences or perceptions. This will be crucially important if we want long term analysis of what integration actually means.

Can you share a story of IRD & integration that inspires you to continue working in this field?

I will give you one example from my research with several faith based organizations. I have worked for more than 10 years with religious minority groups in Serbia. Somehow religious minorities, particularly those in Protestant denominations like Baptists, Pentecostals etc., are quite invisible, and are often labeled as sects or fanatics in public discourse.

The Seventh-day Adventist community has one of the biggest humanitarian organizations: the Adventist Development and Relief Agency (ADRA). Since the dissolution of Yugoslavia, they are present with all humanitarian activities related to refugees. What was interesting for me in terms of IRD, was that I didn’t know that there was so much collaboration between this minority religious organization and faith-based organizations from majority churches. ADRA built a community center where they held classes for migrants and women. These and other faith based organizations, which previously had not communicated, seemed very unified in the services they were providing.

Through these stories I think that IRD shows another face of the situation. It facilitates communication between communities, where it previously did not exist. These communities co-organize music concerts, theatre performances, and other activities. You can see how IRD brought them together.