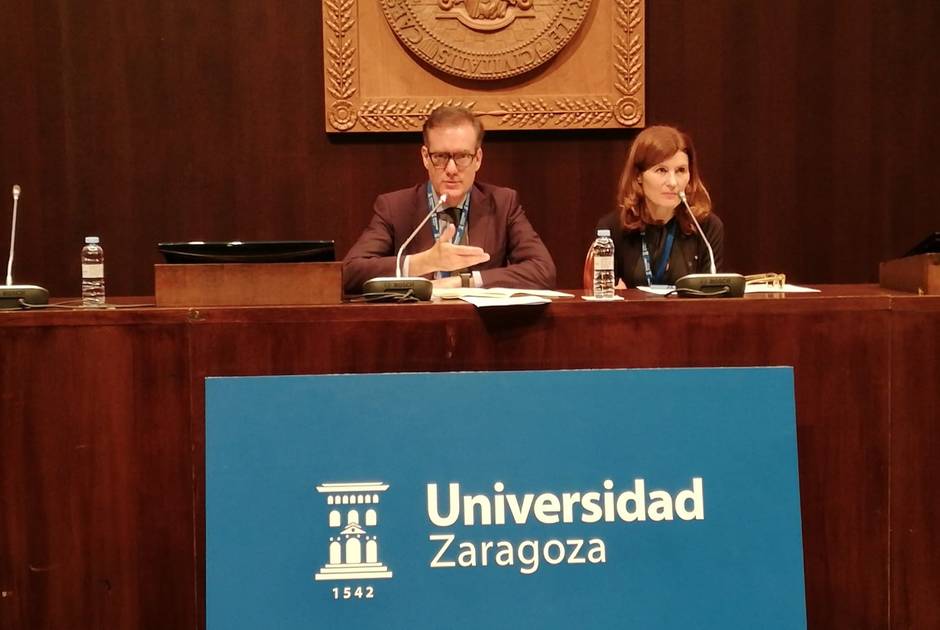 Zaragoza, 18 May 2018: The Deputy Secretary General of the International Dialogue Centre (KAICIID), Ambassador Álvaro Albacete, explained the importance of collaboration between religious leaders and diplomats in peacebuilding during his plenary address at the 12th International Congress of the Spanish Society of Sciences of Religions, which took place at the Zaragoza University, Spain, from May 17 to 19 under the theme "Religion and politics: agreements and conflicts".

"Religions, like diplomacy, seek to mobilize people to act together for peace. Both sectors can share means and strategies to achieve these objectives, and interreligious dialogue stands out as one of these strategies," said Ambassador Albacete. "Given this shared objective, actors in the field of diplomacy can and should encourage interreligious dialogue for the achievement of world peace and stability," he added.

The KAICIID Deputy Secretary General made clear that for the cooperation between both sectors to be successful, the cooperation must be equal and mutually beneficial. He said that while religious leaders and diplomats can, and should, work together at all stages of conflict resolution, from prevention, to peacebuilding and eventual reconciliation, "the most effective field of collaboration, which can provide sustainable solutions in the medium and long term, are the preventative measures."

Providing concrete examples of collaboration that can lead to positive impact, he stressed the need to combat the linkages between religion and violence, using social media and international forums to amplify moderate voices. Likewise, he highlighted the promotion of interreligious international meetings, the development of interreligious dialogue initiatives and the promotion of education based on tolerance and respect.

The International Dialogue Centre was also represented at the 11th Congress of the Spanish Society of Religious Sciences on "Violence, Peace and Religion", held in Seville, from May 19 to 21, 2016. On that occasion, in addition to Ambassador Albacete, Professor Patrice Brodeur, Senior Advisor to KAICIID, and Dr. Shahram Nahidi, Senior Programme Manager, Dialogue Knowledge Hub, also participated.