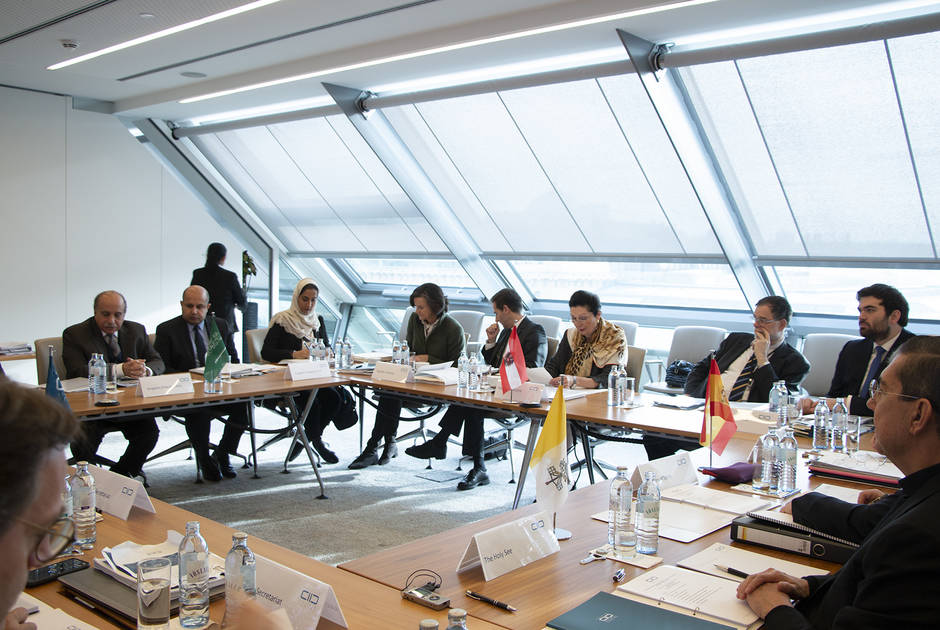 The Council of Parties of the International Dialogue Centre (KAICIID), meeting in Vienna on 30 November 2018, endorsed a proposed model for enlargement developed by the Secretariat, and authorized the Secretariat to begin discussions with potential additional member countries.

The Council of Parties, consisting of the Republic of Austria, the Kingdom of Saudi Arabia and the Kingdom of Spain, with the Holy See as a Founding Observer, also unanimously endorsed the proposed 2019 budget and work plan of the Centre. The programme and budget for the 2019 financial year stands at 12.3 million EUR and the work plan outlines further progress on interreligious dialogue platforms and activities supported by the Centre in its focus areas: the Arab region, the Central African Republic, Myanmar and Nigeria, new online and in-person training programmes on dialogue, and continued cooperation with international organizations such as the United Nations, European Union and the African Union. The Council of the Parties discussed the review of the Strategy of KAICIID which was adopted in 2015, as well as the Governance of the Centre.

Interested member countries will be invited to join the Centre’s Council of Parties taking into account cultural and geographical diversity, and in accordance with the terms of the Agreement for the Establishment of KAICIID and the Rules of Procedures of the Council of Parties. Decisions on enlargement of KAICIID’s member states is solely within the purview of the existing (founding) members, i.e. the governments of Austria, Saudi Arabia and Spain.