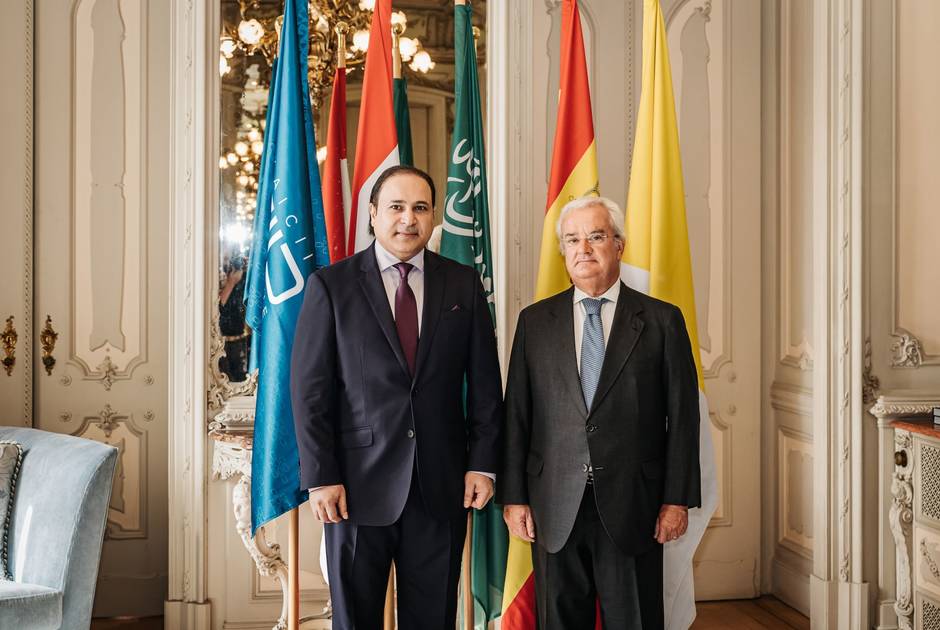 Lisbon, 16 September 2022 – Today, following the unanimous decision by its Council of Parties, the International Dialogue Centre (KAICIID) has announced its new leadership for the next 4 years. Dr. Zuhair Alharthi will serve as the Centre’s new Secretary General, while Ambassador António de Almeida-Ribeiro was appointed Deputy Secretary General.

KAICIID’s new leadership will take office on 1 October 2022 and will ensure that the Centre continues its mission to foster interreligious and intercultural dialogue around the world.

“Our greatest challenge - our different perspectives, cultures, and spiritual traditions - are at the same time our greatest asset. Through interreligious dialogue and increased understanding of 'the Other,' we can pivot towards a world which celebrates diversity and upholds our shared values of peace and justice,” the newly appointed Secretary General said.

“Many organizations and individuals are prepared to engage in dialogue. However, they often don’t know where to start. KAICIID offers numerous resources, trainings and global fora which help institutions and policymaking bodies mainstream dialogue in every aspect of their work,” the new Deputy Secretary General stated.

Dr. Alharthi served as the Chairman of the Foreign Affairs Committee of the Shura Council in Saudi Arabia. He has served on the country’s Human Rights Commission and on the Board of Trustees of the King Abdulaziz Center for National Dialogue. He holds a Master’s degree in Law from Brunel University (UK) and a PhD in philosophy of law from the University of Kent (UK).

Ambassador Almeida-Ribeiro is a career diplomat who served as Secretary General of the Portuguese Foreign Ministry, and represented his country as Ambassador of Portugal to Argentina, Egypt, the Holy See, the Sovereign Order of Malta and Austria, where he was also Permanent Representative to the International Organizations based in Vienna, among other appointments around the world.