Claudio Epelman: “Interreligious coexistence is possible and Argentina is proof of this” 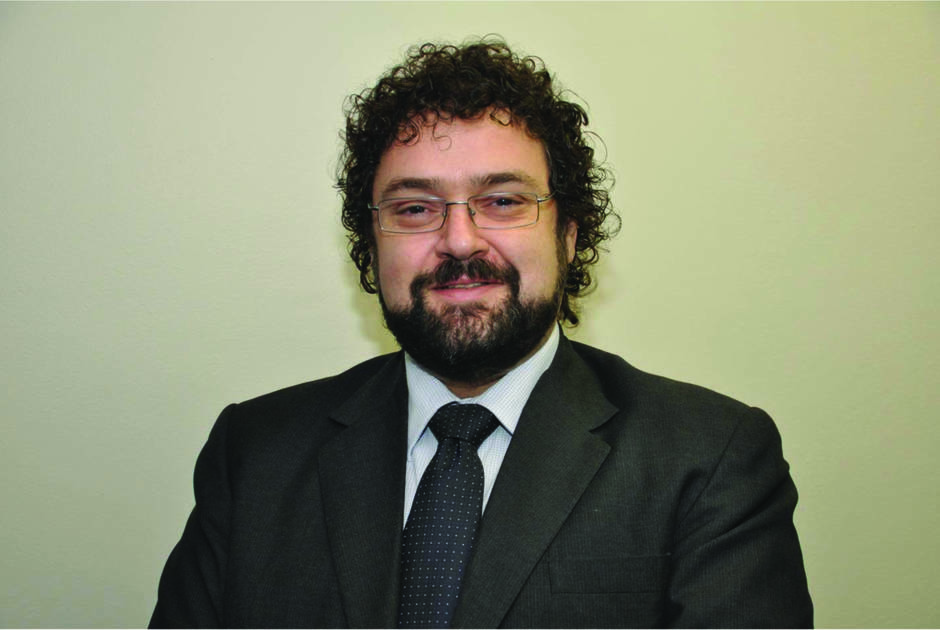 On 2 June 2016, the Buenos Aires legislature passed, with a significant majority, a law which declares the Argentine capital the “City of Interreligious Dialogue”.  The law considers the city to be an “environment in which people, communities and institutions from different religious traditions coexist in harmony, value the richness of religious diversity, promote shared common values and build relationships through dialogue, reflection and cooperative actions in order to strengthen the social fabric for the common good.”

The initiative, which marks 9 August as the “Day for Interreligious Dialogue”, was proposed by legislator Omar Abboud, president of the Buenos Aires Institute for Interreligious Dialogue and participant in the KAICIID Global Forum, held in Vienna in November 2013.  Abboud has worked on many projects with Claudio Epelman, Executive Director of the Latin American Jewish Congress (CJL), and member of the KAICIID Advisory Forum.

With the enactment of this historic law, Epelman spoke with KAICIID about the state of interreligious dialogue in Argentina, its impact internationally and how religious leaders can contribute to peacebuilding.

Until 30 years ago, people in Argentina talked about a society built by immigrants – the majority of whom were European – at the end of the 19th and beginning of the 20th century.  In the 20th century they talked about the “melting pot”, referring to a chemical process which results in a homogenous substance. However, this concept evolved over the last 30 years and people started to talk about diversity and pluralism. This was when other minority religions started to gain recognition and churches and community organisations started to interact based on people’s own interactions. This spontaneity gave way to the creation of meeting platforms and spaces for interreligious dialogue. Undoubtedly, one of the people who contributed most to this movement was the then-Bishop of Buenos Aires Jorge Bergoglio, now Pope Francis. He, being a fervent believer in interreligious dialogue, became personally involved and took responsibility for building ties with other religious communities. The fact that he is now the Pope has ensured that the Argentine experience is widely recognised.

What is the importance of interreligious dialogue for CJL and how long have you been working in this area?

The CJL has been working on this subject for some 15 years based on a vision of Jewish tradition that peace is built on the foundations of our own actions. We understand that understanding between different religious leaders contributes substantially to helping different peoples coexist in harmony. We say that interreligious coexistence is not the product of divine providence but instead the work of leaders who courageously establish bridges between religions. In this way, we work on the subject of interreligious dialogue as a way to respect the religious identity of others and respect plurality in a context of pure coexistence.

How has the CJL contributed to the fact that the Argentine reality has become an international reference?

The CJL is an international organisation with its headquarters in Argentina. From here we can observe, learn from the different forms of dialogue that occur in Argentina and get this international coverage to show that when we find harmonious coexistence in any country; instead of importing problems, we have to export the message that it is possible to coexist in peace. Argentinian society is proof of this. We work actively to show this example of coexistence in Argentina, particularly through the ties we have with the leaders of different religions, the different projects on which we are working and in different international fora in which we participate. We support the idea that it is possible for multiple religions to coexist and Argentina is proof of this.

Has Argentina ever had problems between different religions, or have they always coexisted harmoniously?

Problems and situations of intolerance do exist, as they do in all countries, but they have never undermined what has been built by nearly four generations of immigrants to Argentina and who formed the base of a completely diverse society. Interreligious coexistence was experienced completely spontaneously and naturally. Expressions of anti-Semitism, Islamophobia or anti-Christianism that exist in Argentina never put an end to the possibility that the communities will continue to keep working together.

What role have the religious leaders and political figures played in declaring Buenos Aires as the “City of Interreligious Dialogue”?

I would say that it is fundamentally an initiative created by religious leaders and religious communities, and that it has only been in the last few years that political actors have become involved in the idea. This is related to something that we here at the CJL have actively promoted. In the same way in which we have managed to find places in which different people can meet to discuss issues and find common ground through diversity, we are promoting this same message in politics as a way of showing that religion also supports the strengthening of the social fabric. And this is where Argentina is different from other countries. Often politics has to moderate religious expressions of intolerance. In the case of Argentina, interreligious dialogue helps to promote much more tolerance between different political groups.

Do you mean that this model of dialogue and harmony is being exported from religion to politics?

Absolutely. In the Middle East, politics and governments have to put a stop to expressions of intolerance. Here in Argentina, religious leaders try to encourage much more dialogue in politics. It is the opposite phenomenon.

It is striking that the Argentinian president, Mauricio Macri, has included interreligious dialogue as a priority on the country’s agenda. This is not something that is commonly heard from high-level policy makers.

The fact that there is a law that recognises the importance of interreligious dialogue in Argentina could seem striking to non-Argentine people. However, in Argentina, in Buenos Aires, nobody thought the law was something special, it is a perfectly natural thing. Nobody saw it as anything out of the ordinary. The law came after social phenomenon that incorporates the idea of ‘interreligiousness’ very spontaneously and naturally. But it did surprise those outside Argentina.

What do you think will be the consequences of the declaration?

The law was developed after the social phenomenon itself. What this law is doing is institutionalising interreligious dialogue, to give it a formal space in Argentine society as a mechanism to build understanding between different religious communities and definitively as a way to build communities in which people coexist harmoniously. The law recognises the value of interreligious dialogue and the State and the Government’s commitment to encourage, stimulate and demonstrate this reality in Buenos Aires.

What are your personal expectations regarding interreligious dialogue?

Three weeks ago, the head of the Buenos Aires city council called some 40 religious leaders to a lunch to share their reflections about what coexistence meant for Buenos Aires.  During the lunch, the food served was kosher, traditional Jewish food, so that everyone could be together around the table. The head of the government invited all participants to reflect or make a suggestion so that the government can work on it. I said that I was happy that we had had a lunch in which everyone could share the food. I said that if this lunch in Buenos Aires could be repeated in every city throughout the world, the world would be a very different place. If Jews, Catholics and Muslims could meet to eat, without killing each other, we would have a very different world.  This is Buenos Aires and this is our vocation, working so that throughout the world, in every city in which there are religious disputes, we can work, meet and eat together.

Religious leaders by themselves cannot achieve peace, but neither can political leaders without religious leaders. This is where they have to work together, each in their different areas of influence to create understanding. Living in peace can be a result of this collaboration. This is our great challenge.

Without a doubt. By working together, getting religious and political leaders on the same page, will make it much easier to untangle all the conflicts that unfortunately we see in the newspapers.

Features
“If we can give people hope and stability, we have fulfilled our mission”
Person
Claudio Epelman