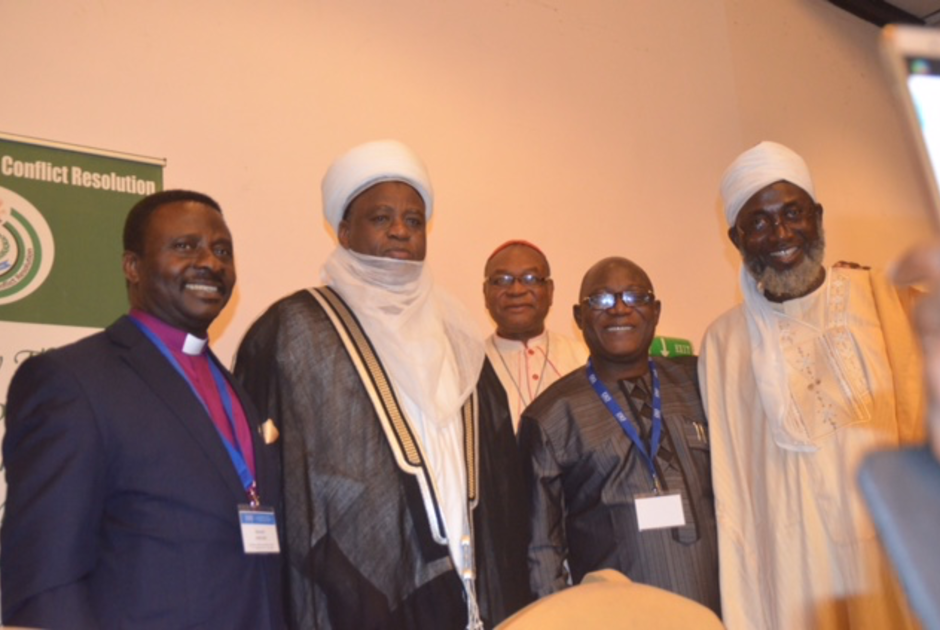 Sultan Sa’ad Abubakar III has called on Nigerian Muslims and Christians to eschew violence and bloodshed, as no nation can survive a war carried out in the name of religion.

Speaking at the end of a three-day conference organized by the International Dialogue Centre (KAICIID) in collaboration with the Institute of Peace and Conflict Resolution (IPCR) and the Inter-faith Mediation Centre (IMC), the President General of the Nigeria Supreme Council of Islamic Affairs (NSCIA) called on religious leaders to teach their adherents to embrace peace.

“We have no option, but to live in peace. Our religious leaders must teach their followers on the need for peace. We cannot continue to live in violence and bloodshed and expect development,” the Sultan added.

The National President of the Christian Association of Nigeria (CAN), Rev (Dr) Samson O. Ayokunle, in his closing speech, lamented the spate of insurgency rocking the country. He lamented that the raging insurgency was discouraging development in the country and called on Nigerians to collaborate with one another across religious divides for peace.

“When I was elected CAN President, I wrote to the Sultan and told him of the willingness of CAN to work with Muslims in order to promote peace in the country. Lack of trust and mutual understanding must be dealt with. There are more common issues that unite us than issues that divide us. In the atmosphere of destruction, there will be no progress from both sides. We must strive for peace and attain it for the development of our country,” the CAN President.

In a statement read by Ambassador A. U Bako, the Minister of State for Foreign Affairs, Hajiya Khadija Bukar Abba Ibrahim commended KAICIID and other partners for organizing the event. The minister noted that the country cannot achieve peace in an atmosphere of conflict. She called on Nigerians to leverage the nation’s diversity to develop the country.

KAICIID Senior Advisor, Professor Mohammed Abu-Nimer, commended participants for their genuine engagement throughout the three-day conference. He expressed his hope that the conference has provided the springboard for improved religious understanding.

“I am happy that this conference has provided a platform for genuine interaction among participants. I hope the gains of this engagement will continue to manifest in promoting peace among Christian and Muslims in Nigeria,” said the KAICIID Senior Advisor.

At the end of the conference, participants, drawn from both Muslim and Christian groups, resolved to
·      promote interfaith platforms for religious scholars and leaders;
·      foster religious freedom;
·      work with the media to promote accurate reporting on religion;
·      explore legislative and other measures to combat hate speech,
·      create opportunities for increased interfaith education,
·      and work towards removing discrimination among the two religious groups, among others.

KAICIID Representative for Nigeria Joseph Atang thanked Sultan Abubakar III, CAN President, Cardinal John Onaiyekan, IPCR, The Kukah Centre and KAICIID team that came from Vienna, Austria, among others, for making the event a marked success.

Publication
Getting behind the profiles of Boko Haram members: A summary