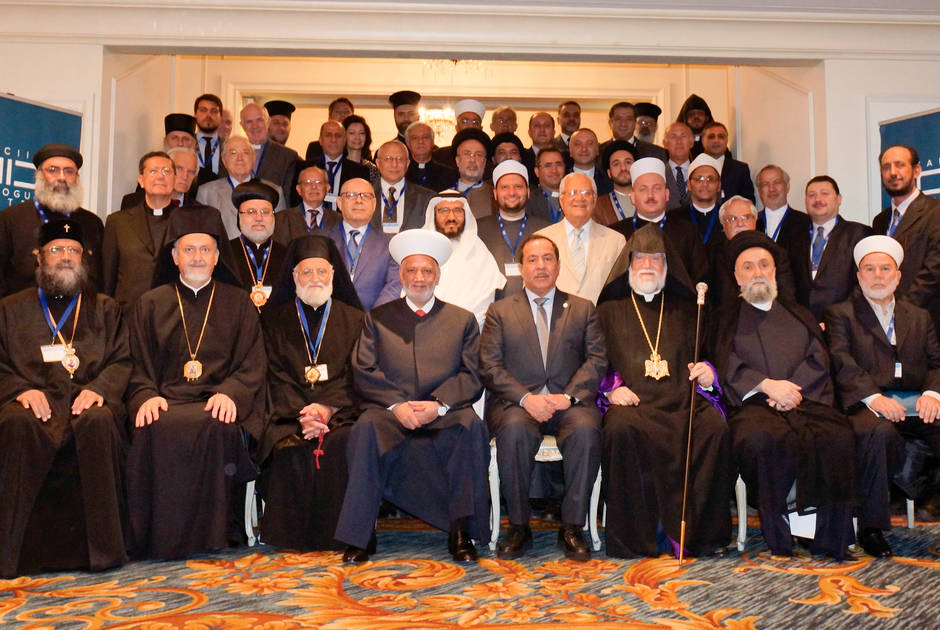 The religious leaders called upon political leaders and civil society to take a strong stand against growing violent extremism and terrorism which threaten centuries of peaceful coexistence in the Middle East.  The religious leaders will support early efforts to stem attempts to segregate religious communities and foster conflict.

“Hundreds of thousands of Christians, Muslims and other religious and ethnic groups have already been subjected to horrible violence and persecution. If action is not taken, the vibrancy and diversity of communities in the region will be lost forever. KAICIID will now be working to develop with the religious leaders joint local projects to help these communities,” stated Metropolitan Emmanuel, a co-convener of the meeting and a KAICIID Board of Directors member.

The religious leaders were gathered in Athens to attend a meeting on supporting peaceful coexistence and citizenship rights of Christians, Muslims, and other religious and ethnic groups in the Middle East – a joint initiative of the Ecumenical Patriarchate and KAICIID, organised with the support of the Hellenic Ministry of Foreign Affairs.

At the conclusion of the conference, the leaders jointly issued the Athens Declaration, denouncing in the strongest terms the persecution of the Christian, other religious and ethnic communities in the Middle East.

Metropolitan Emmanuel said “religious leaders from many different faiths are speaking with one voice to express support for, and solidarity with, religious communities in Iraq and Syria that are persecuted,” he said.

In the Athens declaration the Christian and Muslim religious leaders jointly appealed to policymakers in the region to preserve diversity within their societies. They also called upon policy makers and media not to associate any terrorist act committed in the name of religion with any religion, and to host credible voices to speak in the name of religion.

United Against Violence in the Name of Religion

The meeting is part of the "Dialogue between Christians and Muslims" that the Ecumenical Patriarchate initiated, in partnership with relevant Islamic organizations, as a means to use interreligious dialogue to facilitate peace and reconciliation.

The meeting is also convened under KAICIID’s “United against Violence in the Name of Religion (UVNR)” initiative, which seeks to foster cooperation between religious institutions and governments to counter extremism, particularly in Syria and Iraq.

The UVNR initiative was launched at a meeting in Vienna in November, 2014, where leaders of Muslim, Christian, and other religious and ethnic communities from Iraq, Syria and the larger Middle East region jointly issued the Vienna Declaration, which denounced violence in the name of religion.

Since then, the initiative has continued to grow. KAICIID, in partnership with UNESCO, the UN Office for the Prevention of Genocide and ISESCO, as well as NGOs, is implementing these recommendations.

Metropolitan Emmanuel added that the event underlines the Ecumenical Patriarchate’s and KAICIID’s mission to provide platforms where religious leaders can take an important and active role in peace building and conflict resolution.

The participating KAICIID Board of Directors members included:

03 Sep, 2015
Speech by Patriarch Bartholomew, Ecumenical Patriarch at the KAICIID Athens Conference: “Religion, Cultural Pluralism and Peaceful Coexistence in the Middle East”
28 Aug, 2015
Muslim and Christian Religious Leaders Rally Together to Support Christians in Middle East
11 Oct, 2014
United against Violence in the Name of Religion: Conference of Religious Leaders in Vienna
END_OF_DOCUMENT_TOKEN_TO_BE_REPLACED 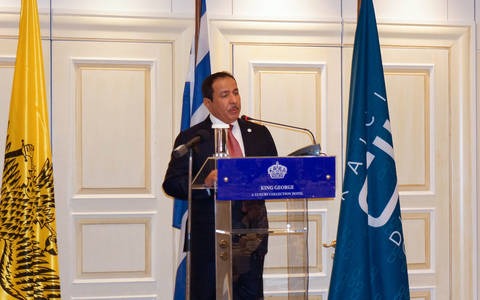 United Against Violence in the Name of Religion: Athens Conference Photo Gallery