Celebrating Diversity Day with Dialogue and the Scout Movement 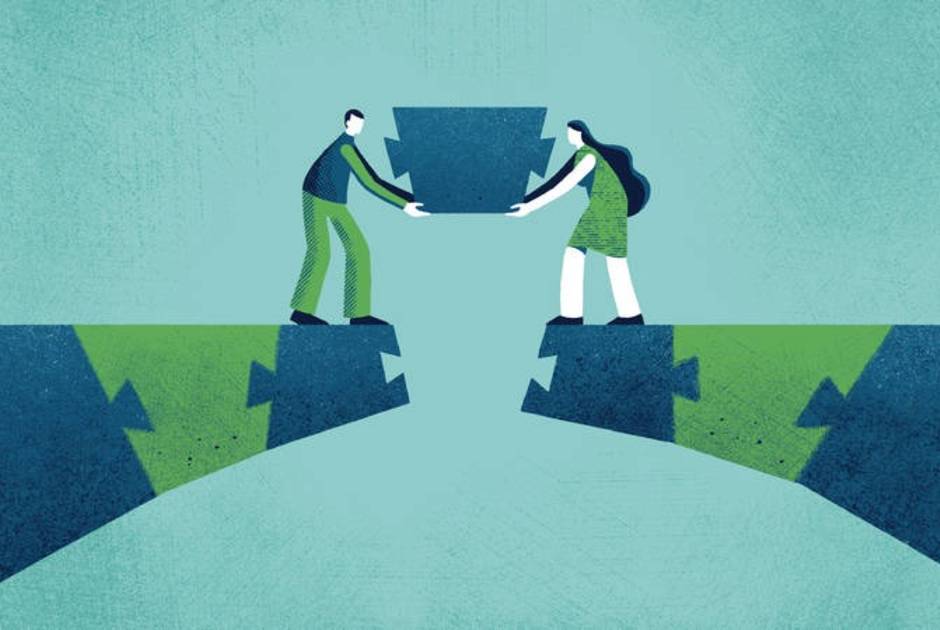 Global leaders from the World Organization of the Scout Movement gathered virtually last week to celebrate the World Day for Cultural Diversity and demonstrate how dialogue is being used to help frame solutions to some of the most important issues of our time, including emotional well-being, gender roles, spirituality and social affairs.

Scouts around the world are working to put their intercultural and interreligious dialogue skills into practice and share knowledge with their communities in a bid to increase the level of understanding about other cultures. Friday’s webinar provided a valuable overview of the use of dialogue in different settings throughout the Middle East, Africa, Latin America, Europe, and Asia.

The International Dialogue Centre’s collaboration with WOSM can be traced back to 2013, when training activities were first launched under the auspices of the flagship Dialogue for Peace (DfP) Programme.

The webinar was moderated by KAICIID’s Senior Adviser Patrice Brodeur. “It is to celebrate the World Day for Cultural Diversity that WOSM and KAICIID have come together to organise a day to talk about diversity of dialogue around the world,” he said.

At the start of the webinar, Cynthia Marquez, WOSM Messengers of Peace Network Manager, emphasised the importance of KAICIID’s collaboration with WOSM. “This is a joint collaboration between KAICIID and WOSM which started in 2013. Our paths joined and we found many common things and many common missions,” she said. “The most important is mutual understanding and the promotion of the culture of peace.”

The World Day for Cultural Diversity is an annual United Nations-sanctioned international holiday, observed on May 21, to promote diversity. Often referred to as Diversity Day, the occasion marks an opportunity for communities around the world to understand the importance of cultural diversity as a means to living together in harmony.

The Dialogue for Peace (DfP) Programme was created by and for young people and aims to institutionalise dialogue as part of WOSM, while creating opportunities for Scouts and young people worldwide to design their own local intercultural and interreligious dialogue initiatives. Scouts who participate in activities, workshops, and trainings can earn one of three colour-coded badges highlighting a different aspect of a Scout’s knowledge and promotion of dialogue.

The badges are: a green badge for the “Personal Dialogue achievement”, a red badge for “Dialogue Trainer Accreditation,” or a blue badge for “Facilitator Dialogue Accreditation.” As of June 2020, 9,000 people in all six Scout regions - Africa, Arab, Asia-Pacific, Eurasia, Europe, and the Americas – had taken advantage of DfP’s programmes. The sessions have produced a robust international cohort of 40 accredited trainers and facilitators.

Dialogue and diversity in action

Friday’s speakers were John Dyrick M. Dormis of FaithFull in the Philippines, Jon Rasmussen of Circles of Compassion in Denmark, Amanda Flores of Dialogue for Peace in Nicaragua, Nika Gorovska of Eurasia Wood Badge and Dialogue in Ukraine and Amine ben Salah of Dialogue of Supporting COVID Action in Tunisia.

The speakers took turns to explain how dialogue has helped the movement face up to the numerous challenges unleashed by the COVID-19 pandemic, including mental well-being and interfaith dialogue.

Jon Rasmussen, Diversity and Inclusion Consultant at WOSM, spoke about the importance of addressing how the pandemic has exacerbated issues of mental health, particularly among young people.

Earlier this year, as schools reopened in the UK, paediatricians, psychologists and charities warned of a surge in child mental health cases and warned of a “crisis on top of a crisis” hitting vulnerable children during the pandemic. Some charitable mental health services said they had seen a 70% rise in demand over the past three months, compared with the previous year.

In conjunction with KAICIID Fellow Sohini Jana, Rasmussen launched a weekly online safe space for people to talk about their mental health. The sessions have attracted young people from around the world, including Colombia, Sri Lanka and Ghana.

“The Online Circle of Compassion is a global safe space. Compassion is at the heart of everything that we do,” said Rasmussen. “Looking at the mental health situation in many countries, was hard. Talking about emotional struggles and mental illness is considered a taboo, it is shameful and puts a family in a bad light. Therefore many people had nowhere to go at all which resulted in what you can see in a high increase in suicide rates, especially among young people.”

Other Scouts leaders from around the world spoke about the importance of using dialogue to facilitate understanding across borders during the pandemic.

Amine ben Salah, Executive Director of the Tunisian Scouts Organisation, spoke about his experiences in the Arab region, and the importance of using dialogue to communicate accurate information about the coronavirus. “There are a lot of things we can do to help others who need extra support and care,” he said. “My friends in the Arab region contacted me to lead some dialogue sessions to help other leaders in their efforts on the ground. Using dialogue can help overcome this crisis.”

Scouts leaders attending Friday’s webinar often emphasised the challenges faced by the movement in the wake of the pandemic as economies ground to a halt and populations sheltered in place. The pandemic also has unleashed a torrent of online hate speech, often targeting already marginalised communities.

In order to combat hate speech, John Dyrick M. Dormis of the Boy Scouts of the Philippines launched an interfaith network bringing together different communities, including Catholics and Muslims.

“I wanted Scouts coming from different religious beliefs to show that despite our differences, we can still work together to achieve social cohesion,” he said. “This project was made possible because of a grant through the Dialogue for Peace fund, WOSM and KAICIID. Our project is youth led and youth organized.”

“Our objective is to show that despite our differences in religious beliefs, the youth can still work together for the common good of the community by creating a network of interfaith group leaders,” he continued.

Features
A Worldwide Community of Peacebuilders: How the Scouts Dialogue for Peace Programme Promotes Understanding in Argentina, Romania, and Tunisia
Features
Ross Tutin: “Scouts have been role models for interreligious dialogue”