Cardinal Ayuso, Elevating Dialogue for the Future of Humanity 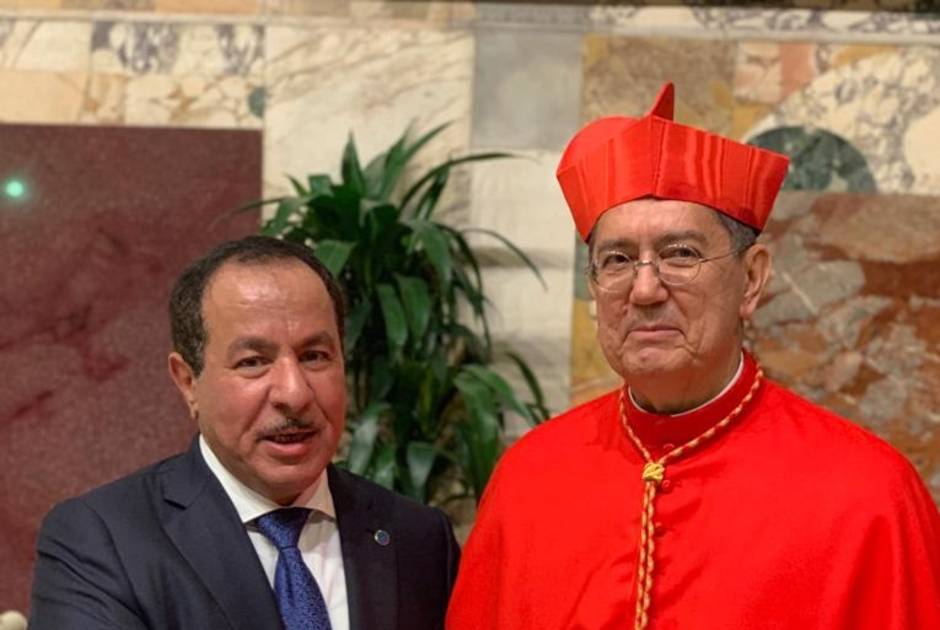 H.E Miguel Ángel Ayuso Guixot, President of the Pontifical Council for Interreligious Dialogue and member of KAICIID’s Board of Directors, has been elevated to cardinal in a ceremony presided over by Pope Francis in St. Peter’s Basilica yesterday.

KAICIID’s  Secretary General, Faisal bin Muaammar, attended the ceremony in appreciation of Cardinal Ayuso’s tireless work for interreligious dialogue as well as for his commitment to KAICIID, both as a member of its Board of Directors and as a representative of the Holy See on the Centre’s Council of Parties since its establishment in 2012.

Cardinal Ayuso is a published authority on Muslim-Christian relations and has taught in Cairo as well as Rome. He served since 2012 as Secretary to the Pontifical Council for Interreligious Dialogue, where he played a leading role in fostering relations with Grand Imam Ahmed al Tayeb of Cairo’s al Azhar Mosque, culminating in the joint Declaration on Human Fraternity. He is part of the Higher Committee of Human Fraternity, working towards the achievement of the Abu Dhabi Declaration’s goals.  He also has widespread grassroots pastoral experience as a priest in Sudan and Egypt.

On the occasion of his elevation, below is a selection of Cardinal Ayuso’s recent statements on the value of interreligious dialogue and the importance of collaboration between policy makers and religious leaders:

“The future of humanity passes through intercultural and interreligious dialogue. From the beginning of his (Pope Francis’) pontificate, I have been able to see a call to approach followers of other religious traditions through an inclusive dialogue, building bridges of friendship and understanding (…) I will (now, as a Cardinal) have a deeper opportunity to be generous in giving my life for serving the Church, in promoting interreligious dialogue.”

“Religion is part of the solution to the problems. It is sometimes seen as the problem, but it is only through dialogue between religious leaders that peace can be achieved. Religion has a proactive capacity to promote a reconciled humanity and promote that policy makers act in a way that believers of different religions and citizens of different cultures can build the common good together”.

“Today there is a huge need for the political dimension to have a respectful and harmonious vision of the world of religion, because religious leaders are the ones who can give us the keys to understanding many conflicts and, therefore, they become part of the solution”