Building Trust to Help Refugees and Migrants in Europe 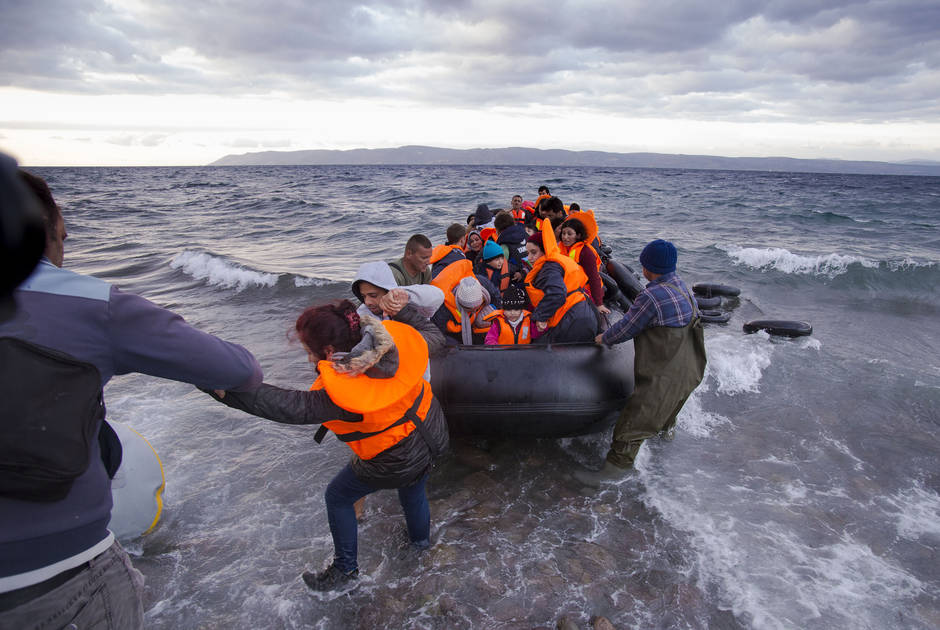 As populism surges across Europe, alienating already vulnerable refugee populations, experts at a KAICIID webinar held in advance of United Nations World Refugee Day emphasised the need to build trust between organizations and individuals for a more inclusive society for those seeking refuge in the region.

The webinar titled, “Building Trust for a More Inclusive Europe”, which was held on June 18, featured a discussion about how refugees and migrants could benefit from a range of measures, including new anti-discrimination laws, wider economic participation and inter-cultural city services which would guarantee equal rights for all.

A shift towards populist politics in the region has sparked fear in host nations like Germany, France and the United Kingdom, leading to distrust of refugees as well as torrents of disinformation, hate speech and discrimination.

“In countries generally where immigrants are being granted equal rights and equal opportunities, the public doesn’t think of immigrants as a threat, they think of them as an opportunity,” said Thomas Huddleston, the Migration Policy Group’s Research Director. “They think that racism is a problem we need to address.”

“If we don’t change our policies so that those policies show that immigrants deserve equal rights and equal opportunities, that we as a society need to invest in everyone having a chance, well, that message actually get filtered down to the public,” continued Huddleston.

The webinar coincides with new research showing how refugee populations across the world have risen sharply over the last ten years. The latest figures from the United Nations High Commissioner for Refugees reveal that the number of people forcibly displaced from their homes has doubled to almost 80 million in the last decade. Nine million people were forced to flee their homes in 2019, fuelled by conflict in Syria, Yemen, the Democratic Republic of the Congo and Burkina Faso.

According to the UNHCR’s annual report, one in every 97 people around the world – about one percent of the global population — is currently displaced.

The report also warns that the COVID-19 pandemic is also impacting refugees and their ability to work or return home. UNHCR research shows that 164 countries have either partially or totally closed their borders to fight the virus. Many people who flee their home countries rely on an "informal economy", often working day jobs for cash wages — opportunities currently threatened by global coronavirus lockdowns.

The webinar also drew attention to the positive narratives refugees and migrants often bring to Europe. “It is indeed also important to build the welcoming community, the trust of the host community vis-a-vis the migrants and this relates very closely to shaping the migration narrative,” said Geertrui Lanneau, Senior Specialist on Labour Mobility and Human Development at the International Organization for Migration. “Unfortunately, people are often confronted with other negative stories about migration and about migrants in the news while actually migrants do have a lot to contribute to diversity and to Europe.”

“The COVID-19 crisis has actually shown that we are reliant on migrants whether it is for healthcare or for our food production, or agriculture,” continued Lanneau. “They are the ones who in times of crisis actually kept our supply chains flowing.”

Other speakers discussed local initiatives which allow migrants and refugees to participate in cultural activities with local populations. These include cooking classes and projects which temporarily house immigrants with host families for up to nine months. “The project has helped migrants to reach autonomy and gives residents the opportunity to enjoy the experience of solidarity and cultural sharing,” said Shannon Pfohman, the Policy and Advocacy Director at Caritas Europa. “It values and enables every person to speak for him or herself.”

“Cultural barriers including fears of the others and stereotypes and discrimination tend to influence the newcomers’ ability to play an active role in the local community and to engage on an equal playing field,” continued Pfohman.

The webinar follows a number of previous KAICIID initiatives highlighting interfaith collaboration to help refugees. Last October, KAICIID gathered around 40 people from different backgrounds in Vienna to participate in a Global Solidarity Walk as part of the Centre’s commitment to people seeking refuge in Europe. Last March, KAICIID’s Network for Dialogue in Bologna brought together representatives from faith-based and secular organizations to support the integration of refugees and migrants in Europe through dialogue and collaboration.

“We see that countries with more inclusive integration policies actually develop a more common sense of belonging and identity” said Thomas Huddleston. “Immigrants and non-immigrants in these countries tend to have very similar and more inclusive ideas about what it means to be a national citizen, what national identity means and what national patriotism means.”