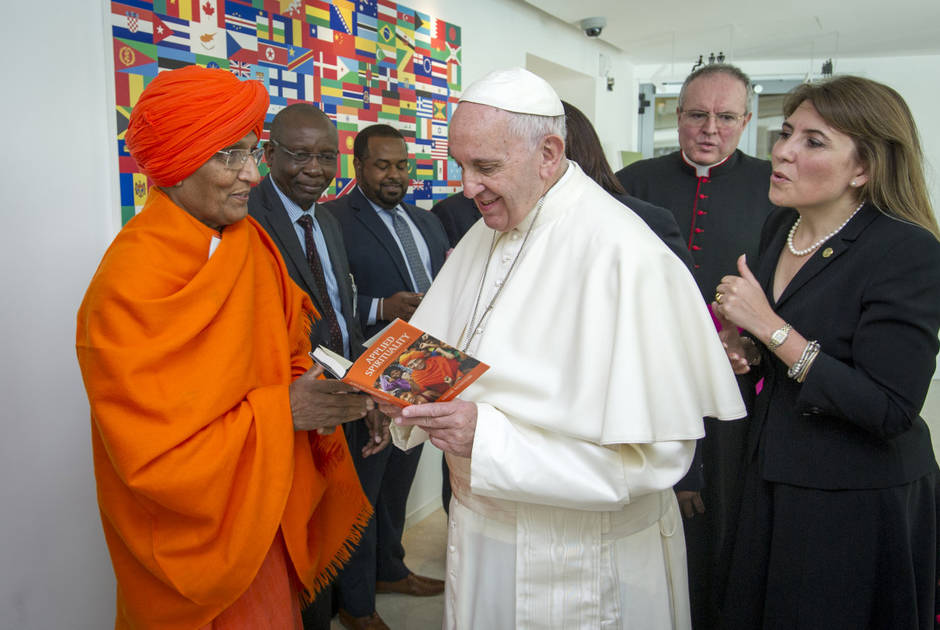 In a piece for news website Scroll.in, KAICIID Board Member from India, Swami Agnivesh calls for more to be done to fight world hunger. During his attendance at a meeting of the United Nations’ World Food Programme in Rome, Swami Agnivesh appealed to the assembled delegates from over 150 countries, the majority of them from faith-based organisations, that the 2030 target to end world hunger should not take away from solutions which seek to fight hunger now.

One such initiative would be to ban the feeding of livestock with “precious food grains meant for human consumption”: around 40% of such grains are used to feed livestock, while another 8-10% is used to produce bio-fuels and alcohol, food which would be of much more use if it was sent to starving communities around the world.

The meeting was opened by His Holiness Pope Francis, who also expressed his full support to the World Food Programme’s goal of achieving Zero Hunger by 2030.

The pope put the spotlight on the shameful wastage of food worldwide. “Food discarded is, in a certain sense, food that is stolen from the tables of the poor and the starving,” he said.

“For I was hungry and you gave me food, I was thirsty and you gave me drink,” – these words embody one of the axioms of Christianity. But it may well serve as a golden rule for eradicating global hunger.

Read the full article on scroll.in

Board of Directors
Capacity Building